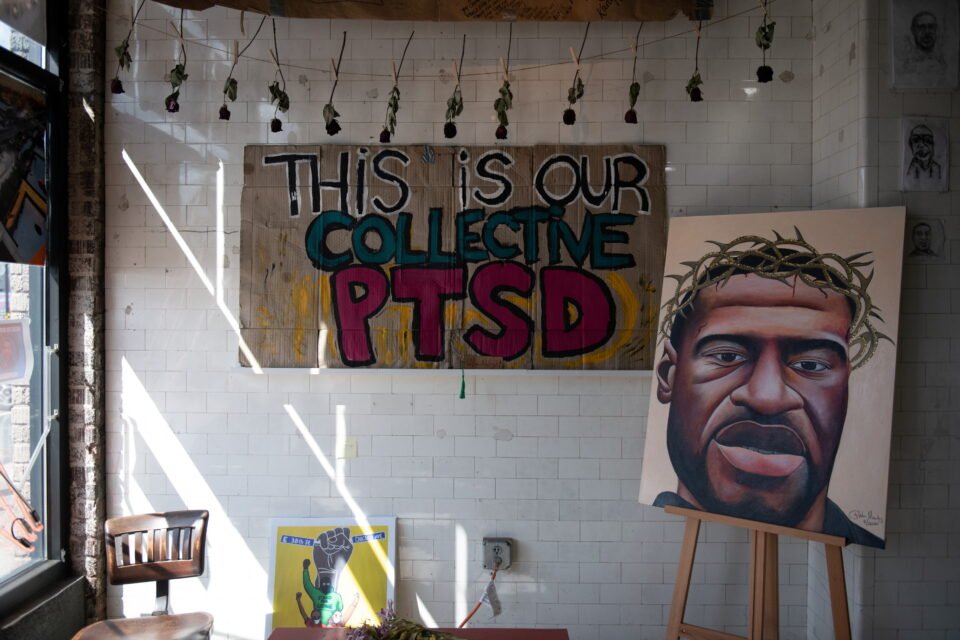 A scene at George Floyd Square

A judge in Minneapolis on Thursday postponed the trial of three former policemen accused of taking part in the murder of George Floyd to March 2022, saying the federal case against the men should proceed first, local media reported.

Tou Thao, 25, J. Alexander Kueng, 27, and Thomas Lane, 28 – all fired and arrested days after the 46-year-old Black man was killed on May 25 – have been charged with aiding and abetting the second-degree murder and second-degree manslaughter of Floyd.

White former Minneapolis policeman Derek Chauvin was convicted on April 20 of murdering Floyd by kneeling on his neck for more than nine minutes, in a case that marked a milestone in America’s fraught racial history and a rebuke of law enforcement’s treatment of Black Americans. The death, captured on cellphone video, led to protests around the nation and overseas. Lane is white, Kueng is Black and Thao is of Hmong descent.

Cahill said he wanted to give the federal case some time to proceed, the Minneapolis Star Tribune reported.

According to other media, Cahill also said he wanted to create more distance between Chauvin’s high-profile trial and his fellow former officers’ trial to lessen the immense publicity.

On Wednesday, Cahill ruled that aggravating factors were involved in the killing, opening the possibility of a longer sentence for Chauvin than the 75 years prescribed by state guidelines. Chauvin, 45, is scheduled to be sentenced on June 25.

On May 25, Kueng and Lane were the first officers to arrive outside the food store where Floyd was accused of passing a counterfeit $20 bill to buy cigarettes. Thao arrived on the scene with Chauvin after Floyd had already been handcuffed.

During Thursday’s pretrial hearing, attorneys for Thao, Kueng and Lane raised concerns that information had been leaked that would taint the jury pool, and that a key witness was coerced into amending his findings.

The attorneys said prosecutors leaked “damning” information to the New York Times about a supposed plan by Chauvin to plead guilty and moved to ask Judge Cahill to sanction prosecutors, including state Attorney General Keith Ellison.

“It is impossible to overstate the magnitude of this misconduct or its prejudicial effect on the defendants’ constitutional due process rights of a fair trial,” attorneys wrote in the motion.

In a statement, Ellison had earlier called the leak allegation “completely false and an outlandish attempt to disparage the prosecution.”

Assistant Attorney General Matthew Frank said during the hearing that he was “sick to my stomach” over the report of a leak, according to the Star Tribune.

Cahill scheduled a hearing in August to determine the source of the leak, the newspaper said.

Thao, Kueng, and Lane were not present at Thursday’s hearing, and no cameras were permitted in the courtroom.

Thao’s defense attorney also asked Cahill to drop all charges against his client, and to rule that Hennepin County Medical Examiner Andrew Baker was coerced into saying Floyd died of asphyxiation.

According to a motion the attorney filed before the hearing, Dr. Roger Mitchell, Washington, D.C.’s chief medical examiner, had been planning to write an opinion piece critical of Baker’s initial findings. Thao’s legal team claimed Baker changed his findings to avoid controversy, and that prosecutors knew about it.

It was unknown when Cahill would rule on that motion.