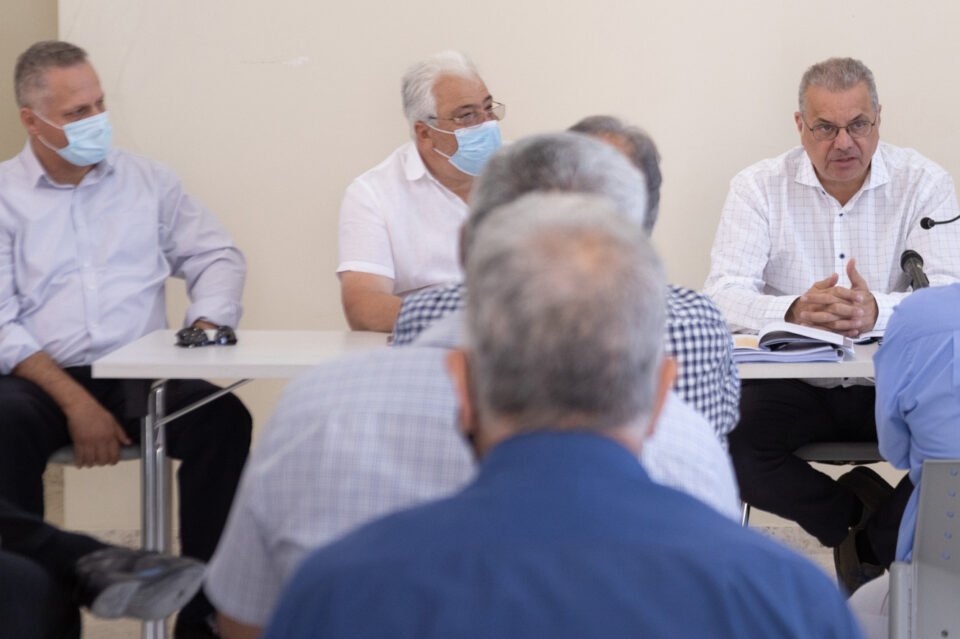 The government will evaluate development and housing schemes for rural and remote areas to satisfy all affected communities, Interior Minister Nicos Nouris said on Saturday.

The minister was on a tour of remote and rural areas, escorted by Mountain Communities Commissioner Costas Hambiaouris, and presented the government’s growth and housing policy to community leaders of the wine villages in Limassol.

The meeting took place at the Omodos Square.

Nouris reiterated that the government wants to evaluate these schemes within the year to bring changes that will satisfy, if possible, all communities. “Either by creating better prospects for the people who will choose our housing scheme or even for the development of business activity,” Nouris said.

The government presented earlier in the year new housing schemes and incentives aimed to boost the economy and entrepreneurship in mountainous, buffer zone or disadvantaged areas. The aim is to address rural depopulation, particularly in the mountains.

Nouris said that the number of applications submitted to his ministry shows that the public have embraced the schemes. The only obstacle that is expected to be met at the end of this year, he said, is the need to find an additional budget.

“The goal is to deal with rural depopulation, the revitalisation of our countryside, our mountainous and remote areas,” Nouris said.

On Friday afternoon, Nouris visited remote Kato Pyrgos in the north west and had a meeting with the community leaders there.

He said that he and Hambiaouris presented and explained the government’s support scheme for these areas and heard from the people there, their concerns them and ways that could contribute to the areas’ revitalisation.

According to Nouris, the government has announced a tender for a study for the development of the remote Tylliria area. The deadline is May 26.

He said that the contractor must within 10 months after the contract is awarded, present a comprehensive strategy for the Tylliria region. The goal, Nouris said, is to find a proper and structured way to improve Tylliria’s connectivity, to lift the feeling of isolation of the region.

What people often get wrong about mental health