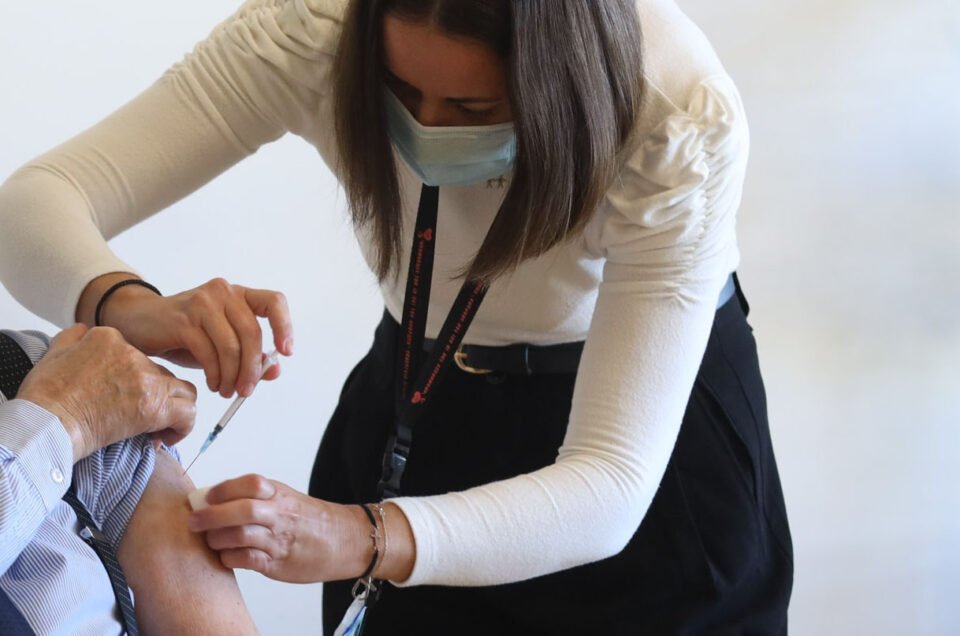 Decisions about the AstraZeneca vaccine will be made by Wednesday evening after epidemiologists submitted their suggestions, Health Minister Constantinos Ioannou said.

No new AstraZeneca appointments will be allowed “until the matter is resolved”, he said on Wednesday.

The advisory committee on coronavirus was not able to reach any unanimous decisions on the matter during a meeting on Tuesday evening, and it was therefore decided that each individual member of the committee would submit their own personal suggestion to Ioannou.

The ministry has so far insisted on the recommendations of the European Medicines Agency (EMA), according to which the benefits of the vaccine outweigh the risks.

However, the death over the weekend of a 40-year-old woman following a thrombotic episode, which is still under investigation by the EMA for its possible connection to the AstraZeneca jab, as well as other reported thrombotic episodes was among the arguments presented during the meeting as valid reasons to restrict the specific vaccine. Another was the vaccine maker’s inconsistent deliveries to Cyprus.

In addition, epidemiologists agreed on the importance of fostering a feeling of security among the public while taking every precaution to avoid mourning another death that could be linked to vaccinations.

The committee explored a number of possible solutions, with some in favour of placing age restrictions for the AstraZeneca vaccine, and even completely suspending its use, and others supporting EMA’s guidelines.

Ioannou will be receiving the committee’s suggestions this afternoon, with the most likely scenario being potential age restrictions.

If the arguments presented are not deemed satisfactory, Ioannou said that the ministry will turn to sources abroad for a risk assessment, following the example of the UK and a number of EU countries that have either stopped using the specific vaccine or imposed age restrictions.

The risk assessment will only concern the AstraZeneca jab despite the fact the Janssen vaccine works in the same way, he said.

Meanwhile, the ministry has started rescheduling appointments for the second dose of the AstraZeneca jab, with 12,500 shots already brought forward and another 25,000 due to be arranged in the next few days.

Ioannou added that the health ministry is expecting to receive a new shipment of 350,000 vaccine doses in June, coming from all makers, which will include enough AstraZeneca vaccines to cover second dose appointments.

Asked if this will play a part in the national vaccine rollout, the minister said that there should be no issues, since “the quantity we are expecting will help us towards the goal of vaccinating 65 per cent of the population using all other available vaccines.”