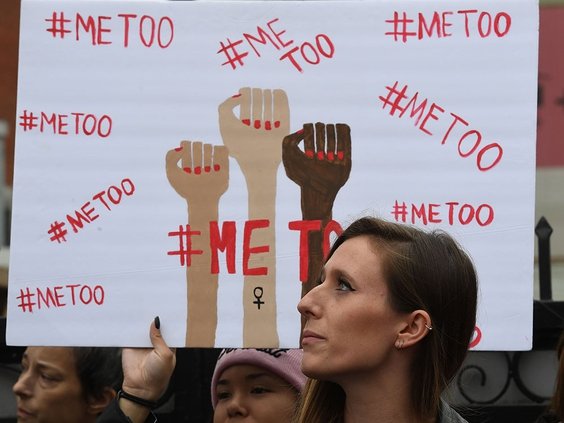 The criminal route for a sexual harassment case has been blocked, but other possible actions exist

The #MeToo Movement that had started off in the US also found its way into Cyprus. Its objective is not only to raise awareness but assist survivors in going public about sexual harassment and assault.

Recently a Cypriot Shooting Sport Champion, who had complained on a TV interview about two such incidents (but was ignored), was persuaded by the justice minister to actually file a complaint with the police so that criminal action would be taken. Unfortunately, this did not result in a prosecution for reasons that will be explained below, and the question today is whether rather than criminal courts the athlete can use the civil jurisdiction to initiate legal proceedings against the alleged perpetrator.

The facts as reported in the press apparently relate to events that took place in 2006 and 2008 as part of a tournament in which the Cyprus Olympic Federation was taking part. Whilst it is clear that these countries are not in Europe, where they actually are has a bearing on the available approaches, as it will be explained below.

The reason the attorney-general decided not to proceed with a criminal charge was because the criminal court in Cyprus did not have jurisdiction for the alleged offences committed abroad, since the penalty for same is less than two years. More specifically, the indecent assault allegations under section 151 of the Criminal Code at the time provided for a penalty of less than two years. This was amended in 2009 but obviously does not apply retroactively to the case in issue and hence there is no jurisdiction.

Having excluded criminal liability for reasons of jurisdiction, the question is whether it is worth pursuing these matters legally under the civil jurisdiction of the Cyprus courts. This civil cause of action can lie in tort or in breach of human rights since both are recognised by the Cyprus legal system.

Unfortunately, the statute of limitations appears to exclude any tort action and thus one is only left with a breach of human rights which becomes time barred in 2026. The pertinent provision in a European country where the European Convention on Human Rights would have been applicable is Article 3, dealing with inhuman treatment, and Article 8 covering private life. Nevertheless, since we are not dealing with a European country, one has to look elsewhere.

To my mind the United Nations International Covenant on Civil and Political Rights is relevant. It also has similar provisions relating to inhuman treatment (Article 7) as well as breach of the right to privacy (Article 17). Actually, given that these rights originate in international agreements which have been ratified by the Republic, in accordance with Article 169 of the constitution, they have superior force to our domestic laws. In fact there is case-law in Cyprus allowing for a cause of action by an individual against another individual and this could be the basis of the action.

A Cyprus court normally has jurisdiction over the people residing in the Republic but also has jurisdiction for civil wrongs committed abroad, assuming same are actionable in the country where this has taken place. One would have to examine whether the abovementioned reference to the International Covenant on Civil and Political Rights applies to the two countries where the events allegedly took place.

It they are actionable in those countries then it would be safe to assume that they are also actionable in Cyprus and that the civil court will have jurisdiction. Assuming this is the case, one then has to provide proper legal opinion on this question – a matter that I assume that the athlete’s lawyer will be doing. One now has to turn to the evidence that will be used in the proceedings.

In my opinion, in addition to the evidence that the athlete herself will be able to provide, one can ask the office of the attorney-general to make available the evidence that had been collected in the criminal investigation. In fact, one could even go as far as asking for the advice on the merits of the prosecution that the office of the attorney-general must have prepared. To my mind this is the minimum the state can do in order to assist this victim, given that a criminal prosecution has been ruled out.

Actually, if one were to look at the Istanbul Convention on preventing and combating violence against women and domestic violence, Cyprus has undertaken specific obligations under Articles 29 and 30 to assist such victims both in terms of setting up adequate civil remedies against the perpetrator as well as ensuring the right to claim compensation. It seems to me that since the criminal route is blocked on jurisdiction, the human rights provide a serious alternative which is at least worth exploring.

I also think that there is a need for the #MeToo Movement to exert pressure on the Cyprus Olympic Committee of which apparently the Cyprus Shooting Sport Federation is a member, to at least investigate these public allegations. It is astonishing that to this date no such enquiry or disciplinary proceedings have been initiated against the man that has been implicated in the above.

I do recognise the difficulties in this matter, but it seems to me that the #MeToo Movement has provided enough of an inspiration to assist in this case, which despite not leading to a criminal conviction may very well result in civil liability and compensation.