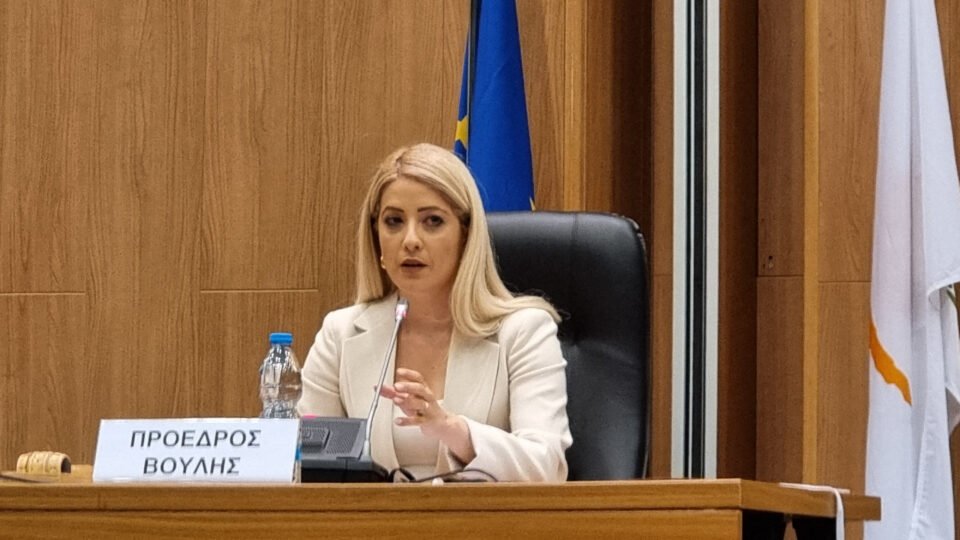 Disy MP Annita Demetriou was voted House president on Thursday, the first woman ever to hold the post in Cyprus.

Demetriou garnered 25 votes in the second round. She was voted by her Disy colleagues and the MPs of Dipa and Elam.

In the second round, a candidate needed to get at least 22 votes of the 56.

The vote at the plenum for the new House president got underway on Thursday afternoon in its first session after the new legislative body assumed duties following elections two weeks ago.

A second round of voting was initiated after no candidate succeeded in garnering the necessary number of votes in the first round.

In a somewhat convoluted system, MPs could vote for more than one candidate.

The first round went as expected, with the candidates receiving support from their respective parties alone – except for Sizopoulos who was backed by MPs beyond his own party Edek.

The second round saw Elam’s Christou pulling out of the race, with his party’s MPs – along with Dipa’s – raising their hand for Demetriou.

The combined 25 votes were more than enough to settle the matter, as the second round requires two-fifths (or 22 votes) of the MPs present for someone to win.

Party leaders congratulated Demetriou on her election and pledged to work with her to carry out her difficult task.

“I promise you, with cooperation, we will work together to tackle the challenges ahead,” Demetriou said.

The next session of the new House plenary will take place next Thursday.

Demetriou has been vice president of ruling Disy since February 2020.

This is Demetriou’s second, consecutive term in parliament. She was first elected as Disy MP for the Larnaca district in 2016. She has studied social and political sciences at the University of Cyprus and holds an MA in International Relations and European Studies from the University of Kent, United Kingdom.

She served as clerk of the House in the last parliamentary session, and was spokesperson for Nicos Anastasiades during his candidacy in the presidential elections of 2018.

In a statement shortly following the outcome, President Anastasiades congratulated Demetriou on her election, saying he looked forward to working with her closely.

“I am convinced that the qualifications, personality and character of Mrs Demetriou, as well as what she has shown in the public life of our country since her involvement in the commons and her experience in the House, offer the guarantees for a successful and for the benefit of the citizens and society, Presidency of the House of Representatives.”

In remarks of her own on her way to the House President’s office for the handover, Demetriou said she was “grateful and honoured” by her fellow MPs’ selection.

And in her acceptance speech, the MP drew attention to the public’s loss of trust in the political process and in politicians, noting that “I feel we all need to strive to bridge the gap.

“Today, more than ever, we must regain our lost credibility and, to do that, we need to operate objectively, impartially and chiefly through collaborations, building the Cyprus of tomorrow, the Cyprus we deserve.”

She went on to cite comments by US Vice-President Kamala Harris who said that “democracy is not guaranteed. It is only as strong as our willingness to fight for it.”

Demetriou thanked her party Disy – “a second family to me” – and in particular party boss Averof Neophytou for nominating her.

“I hope this selection begins to break the glass ceiling, creating infrastructures, giving opportunities and undertaking initiatives so that we may all realize the self-evident: that the country benefits when every person is judged solely on their merit.”

As House president, the 35-year-old Demetriou gets to set the agenda for the body’s plenary sessions. The House president also acts as nominal head of state in Cyprus when the president is overseas or otherwise indisposed.

A seascape of miniatures: getting aerial over Latchi’s coast