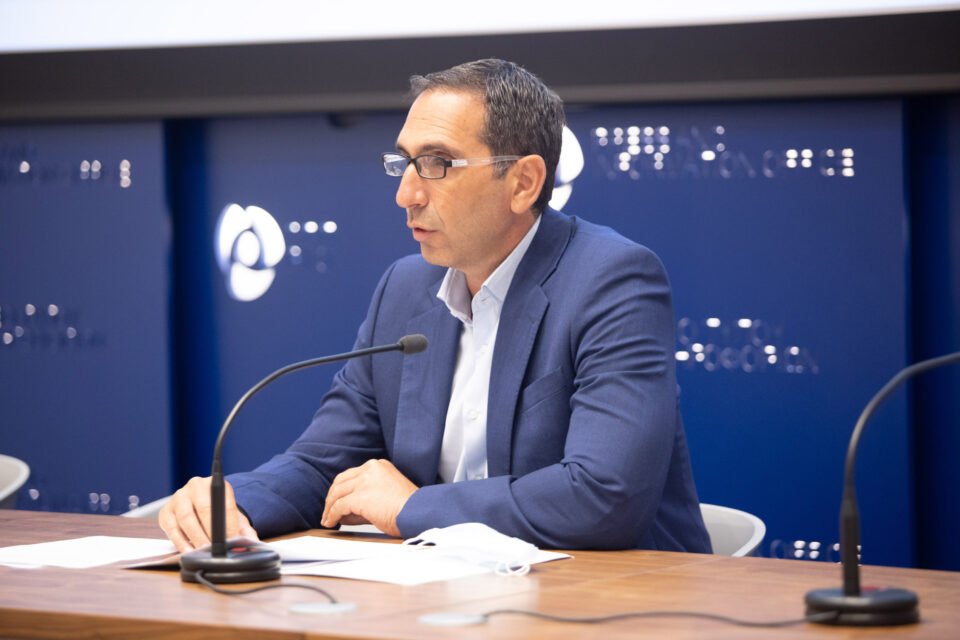 Health Minister Constantinos Ioannou on Tuesday said he was proud Gesy was introduced during three-year term.

While assessing his ministry’s work before leaving his post, the outgoing minister said he was fully aware of the difficult task he was called to carry out.

He said he had encountered “difficulties and painful moments being the political head of an admittedly difficult ministry.”

“I found myself at the helm of the health ministry with a vision for the implementation of the General Health System (Gesy),” Ioannou said.

The minister said despite difficulties, he felt “pride and satisfaction” when Gesy was introduced on June 1, 2019.

He said Gesy was the request of an entire society seeking access to quality medical care. “With vision and determination, we were able to implement it.”

“Gesy, which many rushed to nullify at birth, is today the greatest conquest of Cypriot society, having won the trust not only of the people, but also of the vast majority of healthcare providers,” Ioannou said.

What is now important for the subsequent course of Gesy, he added, is to address the challenges that arise and to eliminate any of its weaknesses, in order to continue its quality upgrade.

Ioannou also said that many steps have been taken for the financial and administrative autonomy of public hospitals since 2017 when the state health services organisation Okypy was established. Okypy runs state hospitals.

He also referred to infrastructure upgrades of state hospitals and the creation of the new psychiatric hospital.

Ioannou also referred to the pandemic and how state hospitals were able to cope during the past 15 months since they had assumed the difficult task of treating patients with Covid-19.

“Thanks to the professionalism of the staff, Cyprus has managed to be in the last places of the European Union in terms of mortality rate and to have the least losses,” Ioannou said.

He also said a large part of the ministry’s work has been on dealing with the health crisis caused by the pandemic.

The minister also said the government was able to protect the elderly from coronavirus by giving them priority as regards vaccinations.

The vaccination coverage among older ages is over 90 per cent, he said.

“This has proven to be a good practice since in recent months we have zero cases from nursing homes, while hospitalisations of elderly people have dropped dramatically,” Ioannou said.

He also said Cyprus has achieved its first goal of vaccinating with the first dose of a vaccine at least 65 per cent of the population by the end of June.

“We are now at a crossroads in the vaccination plan, which requires a positive response from the whole society to the call for vaccination, especially of our young fellow citizens,” Ioannou said.

In addition to the two major reforms of the Gesy and the autonomy of public hospitals, he said, taking over the health portfolio, he received several other policies and strategies that would bring about the overall reform of the health sector.

“My big vision, which unfortunately did not go ahead due to the pandemic, was the implementation of the National Cancer Strategy, culminating in the creation of the Cancer Institute,” Ioannou said. He added that this project will offer multiple benefits for people with cancer as it will offer a holistic approach and the best possible help from early prevention to treatment and palliative care.

Ioannou also expressed his gratitude to President Nicos Anastasiades for his support and wished his successor, Michalis Hadjipantelas, the best of luck.

Ioannou served as health minister between May 2018 and June 2021. Hadjipantelas, a chartered accountant by profession, will take over on July 1.

Greece to allow vaccinated people in restaurants without masks