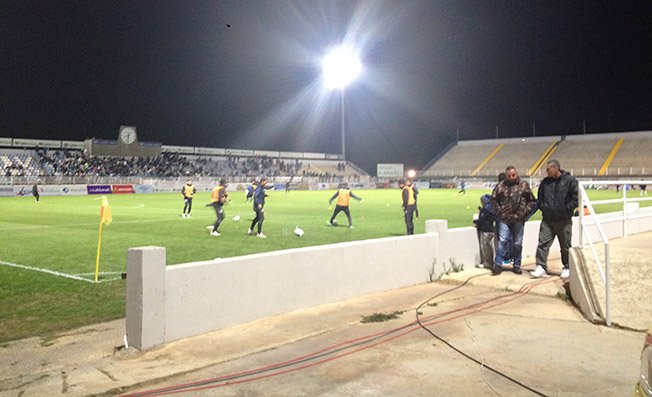 Cyprus football champions Omonia were in a tight spot on Thursday after British bases (SBA) authorities rejected a request to police games at Famagusta’s Achna Forest stadium, which the Nicosia side had named as its home ground for domestic fixtures after falling out with the authorities at Nicosia’s GSP.

The area falls under the jurisdiction of the SBA, which could not provide security during the fixtures.

“We can confirm that the SBA police will not support an application to provide police support for Omonia football matches at Achnas Forest ground during the 2021-22 season due to public safety concerns and the potential adverse impact on core police community services,” an SBA spokesperson said.

She said SBA authorities had remained in contact with Omonia throughout the application process and recommended they find an alternative venue.

“This decision is consistent with requests by other top-flight clubs in previous seasons where police support has also not been provided,” the spokesperson said.

Omonia had named Achna stadium, home of local side Ethnikos, as its home ground for the 2021-2022 domestic league.

It followed an acrimonious break with the authorities of the GSP in the capital, where the champions will still play their European fixtures.

The two sides disagreed over the stadium’s charges with Omonia also wanting to negotiate better terms before signing a new deal.

The GSP accused Omonia of pulling the team out after securing the ground for their European fixtures “using false pretences.”

Among other things, the club wanted to control the concession stands during its games and have a say as regards advertising displays.

A café created for the deaf and hard of hearing