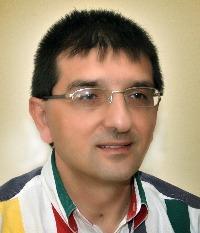 Police on Friday released a doctor arrested in connection with a large protest outside the presidential palace against Covid vaccinations and the government’s SafePass measures last Sunday that was followed by an attack later in the evening against a private television station by a group from the ranks of the protesters.

Harvard-educated epidemiologist Elpidoforos Soteriades and two other individuals were released after being charged with illegal assembly, conspiracy to commit a misdemeanor, and violating the quarantine law. He had been arrested on Monday and given an eight-day remand.

Soteriades, who was a speaker at Sunday’s event at the palace but not part of the group that headed towards Sigma, has spoken out against the vaccination programme and government restrictions.

He has also previously suggested that both the morbidity and the case fatality rate of coronavirus, globally and in Cyprus, was equal to and/or slightly lower than that of the influenza virus.”

Police have so far arrested 18 people in connection with the trouble at Sigma. On Friday, it published the names and photos of four more wanted men and the photo of a fifth man they were trying to identify. The group of protesters burned cars and smashed the front entrance and interior of the station.