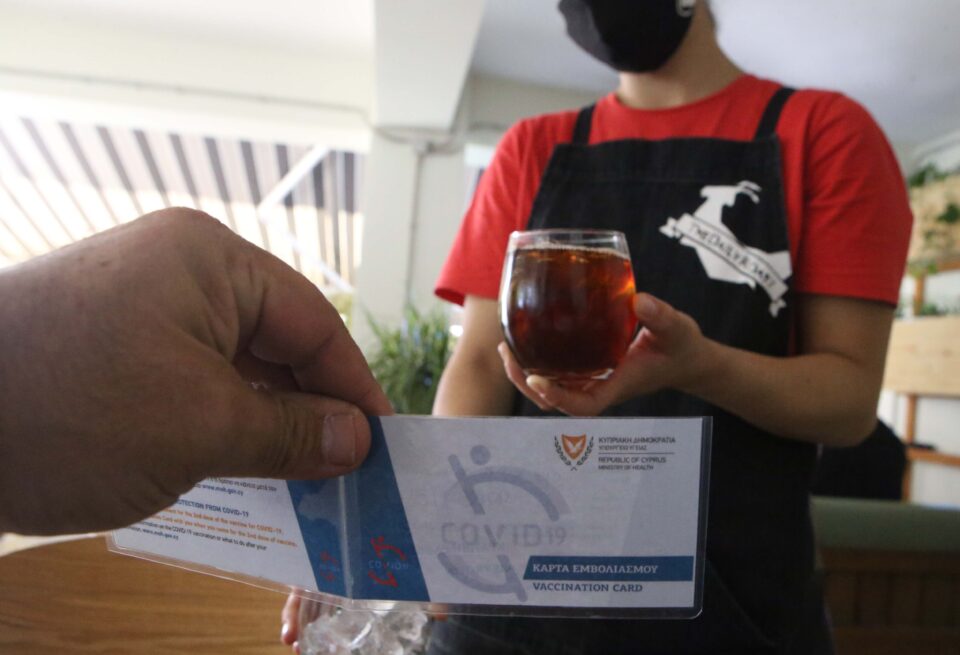 Nicosia district court on Tuesday denied a motion that it temporarily suspend restrictive measures – including the SafePass – until such time as it rules definitively on the substance in a class-action lawsuit filed by 103 plaintiffs.

Soon after, the lawyer representing the plaintiffs said they would appeal the interim order decision at the supreme court.

The plaintiffs are challenging the legality of the requirement for a SafePass as well as the mask mandate – measures the government instituted to control the coronavirus situation. As part of their lawsuit, they were also seeking an injunction that would freeze the application of these measures on them until such time as the substance of the case is adjudicated.

But the court rejected their motion for an interim order, deeming that the plaintiffs had failed to meet the standard of proof required at this stage of the process.

The court noted that at this stage it was not convinced of the plaintiffs’ core argument, namely that the coronavirus measures instituted via successive decrees by the health minister are unconstitutional and therefore unlawful.

The plaintiffs, suing the Republic as well as members of the coronavirus advisory team had to demonstrate that the decrees were ‘manifestly unlawful’ in order to have the court issue an interim order.

Citing prior case law, the court said the plaintiffs failed to show, at the standard of proof required, that the health minister does not have the power or right to issue decrees.

It also said the coronavirus measures emanating from the decrees constitute government policy, with which the courts cannot interfere with or restrict, as that would violate the principle of separation of powers.

Further, “the measures being challenged do not contravene the right to life, dignified living, and do not constitute inhumane or humiliating treatment.”

It said certain freedoms – movement, privacy, peaceful assembly or exercising one’s profession – may be subject to constraints for reasons of public health, and that the state has an obligation to take measures aimed at protecting the public as a whole.

In the lawsuit proper, the plaintiffs seek damages for both financial losses and mental grief.

In a statement released shortly after the interim ruling, attorney Yiannos Georgiades – representing the plaintiffs – said they’d be appealing with the supreme court.

The attorney said they had a good chance of winning the appeal on the interim order, as the district court had committed a “legal error” in interpreting the relevant law.

Whereas the court deemed that the health minister may, having so been authorised to do by the cabinet, implement restrictions based on the Infectious Diseases Law, Georgiades said it still does not empower the minister to issue decrees – the instrument used so far to roll out the coronavirus measures.

According to Georgiades, article 6A of that law provides for issuing decrees relating to the technical annexes within the law, and not for the purposes of imposing restrictive measures.

In any case, he added, the executive branch of government may issue decrees based on article 54 of the constitution, but only if this is provided for in a relevant law and as explicitly defined in such a law.

“This is given that article 6 of the Infectious Diseases Law provides only for the issuing of ordinances which require approval from parliament… and no other law of the Republic empowers the Minister to issue such decrees, except where the state would declare a state of emergency under article 183 of the constitution, which did not happen.

“Taking into account the above, the decrees issued by the minister are illegal, and the cabinet could not authorise the Minister of Health to engage in actions which the cabinet itself did not have the authority to do by law.”

Earlier this month, Nicosia district court dismissed a motion filed by a different group of plaintiffs represented by another law firm likewise seeking an interim order exempting them from health ministry decrees imposing restrictions aimed at preventing the spread of the coronavirus.