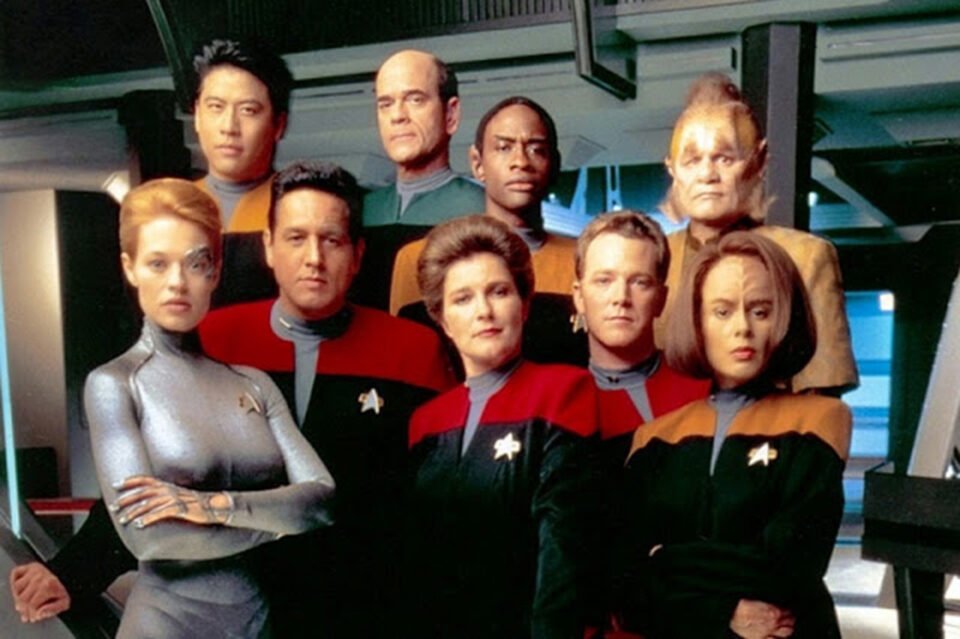 Hate me if you like, but Voyager is my favourite of the Star Treks. Of course I love the Original Series; nothing beats a great Spock. And I adore Next Generation (Picard’s the most honourable fictional hero since Atticus Finch). Enterprise is good for a rainy day, Deep Space Nine is fantastic, and the newest non-animated Trek series (Picard and Discovery) are slowly building steam. But Voyager, in which the cast are thrust more than half-way across the galaxy, will always be my favourite: escapism at its best.

Led by Captain Janeway (Kate Mulgrew), the crew of Voyager really did go where no man had gone before. And that gave the scriptwriters free rein with wild and wonderful alien lifeforms, incredible planets, and wacky phenomena as the crew embark on their 70-year journey back to Earth.

Some of the 172 episodes were frankly a fail (who could forget ‘Threshold’, in which Paris and Janeway gradually transform into futuristic lizards courtesy of a warp 10-capable shuttle trip!). But others are a delight, especially those which highlight the talents of Seven of Nine (former Borg drone and the coolest character ever to inhabit the Roddenberry universe) and the holographic Doctor…

‘Latent Image’ is a whopper of a whodunit, which poses a fascinating ethical dilemma as Seven races discover who has altered the Doctor’s memories, and ‘Someone to Watch Over Me’ explores the subtleties of connection, when these two non-human characters explore romance and emotion. But plenty of other episodes involving the wider cast are notable for their brilliance, including ‘Blink of an Eye’ (in which the ship hovers above a time-dilated planet, inadvertently instigating an entire religion); ‘Tuvix’ (up-tight Vulcan Tuvok and happy-go-lucky Talaxian Neelix become one being in a transporter accident); and ‘Hope and Fear’ (which questions the core principle of Star Trek itself: the Prime Directive).

It’s this ability to play with hitherto unexplored ideas that makes Voyager such great escapism…. Yes, it’s pretty dated in this day and age (the show aired from 1995 to 2001). But it’s still epic sci-fi.