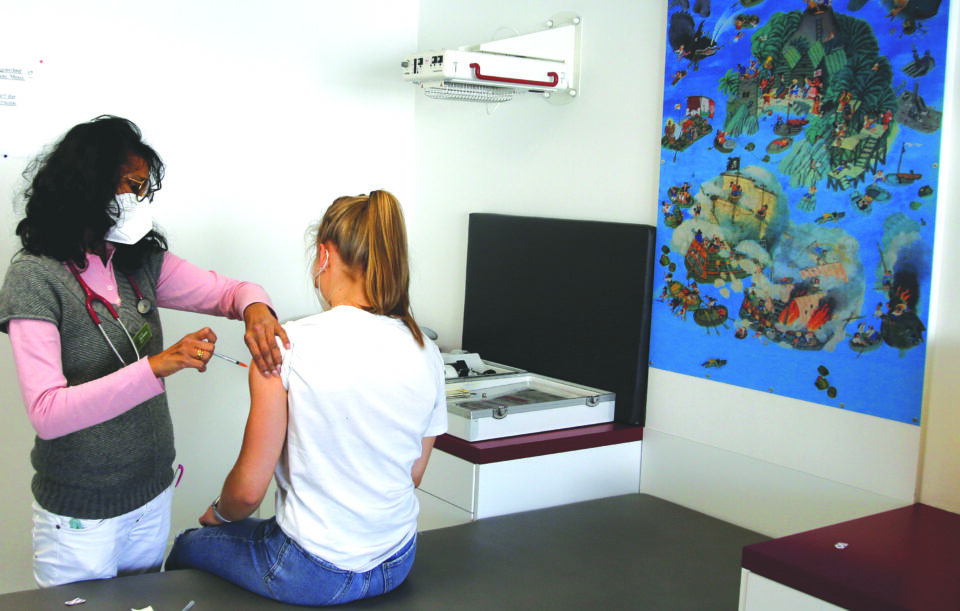 The debate over how to proceed, if at all, with the vaccination of children and young teenagers will be top of the agenda at Thursday’s meeting amongst the government’s coronavirus advisory team.

The government’s advisors are faced with three main proposals: inducting those age 12 and above into the vaccination programme or simply to teenagers 12 and above who are at-risk or to only open the process for 15-year-olds.

Currently 16-17-year-olds can receive the vaccine with parental permission.

Present at Thursday night’s meeting will also be the Paediatric Organisation of Cyprus and any final proposal will be tabled at Friday’s council of minister’s meeting, where a final decision is expected.

“As to which proposal will gain widespread support, I’m not sure, but I feel that if we want protection then it should be as widespread as possible,” Dr Petros Karayiannis, professor of microbiology/molecular virology of the Medical School at the University of Nicosia, told the Cyprus Mail on Thursday afternoon.

Positive tests remain at steadily high levels along with concerns of the increased transmissibility of the Delta variant – leading many to argue that ‘herd immunity’ requires 80-90 per cent of the population to be vaccinated – while the reopening of schools is on the horizon.

The US, Canada and Greece are among the countries that have pushed ahead with vaccinating the over-12s.

However, the UK in mid-July opted to so far only vaccinate children over the age of 12 who are at a higher risk of getting ill or live with household members who are vulnerable.

Asked about the UK’s policy, Karayiannis said: “Selecting the ones who are at risk is not going to keep the schools open in the autumn and unless there is coverage through immune protection we’ll have a problem again.”

He said the same applies to teachers.

“If they’re not immunised then they shouldn’t be working in such a place,” he said.

Referencing the UK, Karayiannis reasoned that with almost 90 per cent vaccination coverage – compared to Cyprus’ 70 per cent – they are able to chart a different course.

The UK’s decision is based on the Joint Committee on Vaccination and Immunisation (JCVI) and was made within the context of fewer than 30 children having died with Covid-19 in the UK.

Prof Anthony Harnden, the deputy chairman of the JCVI, said: “The primary aim of the vaccination programme has always been to prevent hospitalisations and deaths.

“Based on the fact that previously well children, if they do get Covid-19, are likely to have a very mild form of the disease, the health benefits of vaccinating them are small.”