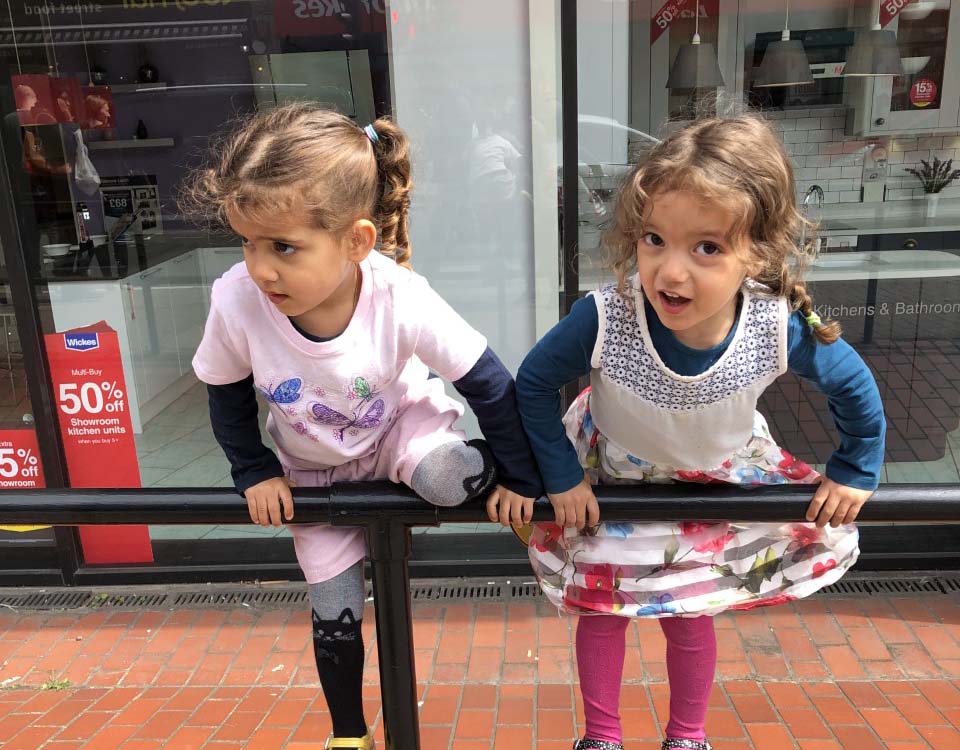 Until my son was about four and a half he loved wearing dresses. He loved the freedom he felt in them and, he also loved it, when people told him what a gorgeous dress he had on. Something he rarely got told when he was in a pair of trousers.

“Mama, they said we have lovely dresses on,” he’d squeal in delight as he and Katerina, his twin, ran ahead of me in the street.

I don’t remember exactly when Leonida started wearing dresses. I do remember wondering, for the briefest of moments, if I should perhaps encourage him to choose a different outfit – or to be more precise, a more gender ‘appropriate’ outfit. But I quashed the thought knowing it was my own conditioning, and my own fears about fitting in, resurfacing.

Ever since they were little, my children have chosen what to wear. I didn’t encourage them to wear pink or blue. I simply bought clothes in all colours and let them choose what they wanted to wear. I didn’t even buy dresses in the beginning, preferring the practicality of tracksuit bottoms and leggings since we spent most of our days in the park. The only dresses we did have were the ones that other people bought for Katerina.

When we went shopping for shoes, I was the same. I didn’t pick out what I thought would suit them, but I let them choose, much to the shopkeepers’ obvious tedium. I learned very early on, that if they didn’t get a say in what footwear they would have to wear, they simply wouldn’t wear it and, frankly, I wasn’t prepared to waste money on something that would never get worn.

Leonida invariably chose pink, sparkly shoes. Katerina tended to prefer purple or blue. The ‘boys’ shoes were either brown, beige, dark green or navy blue. I’m not surprised my son turned his nose up at them. They were dull pickings.

My initial reasoning for letting them make so many clothes choices was because I thought that if they learned how to make choices from a young age, that might help them with bigger life choices later on.

When Leonida was three people invariably started to call him a girl. The fact that he had long hair, often wearing it in pigtails or plaits like his twin, didn’t help. Katerina often wore shorts or trousers and so got called a boy. It was only when people took the time to observe their behaviour that they’d ask me if Leonida was a boy and Katerina a girl.

A close friend of mine who had boy/girl twins four months younger than my two tried to get her son to wear dresses too.

“Joseph, are you sure you don’t want to wear a dress like Leonida?”

When Joseph would refuse, she’d turn to me and say, “I think it’s so great Leonida wears dresses and that you don’t care what people think.”

But I did care what people thought, for I’ve always been rather intimidated by other people. I just didn’t let my insecurities influence me.

One time, we were in Cyprus on holiday and a lady told me off for letting him wear a dress. She said it wasn’t right and that I’d turn him into a… But she didn’t get to finish her sentence. Turn him into what, I wanted to know?

Another lady suggested I perhaps take him to see a doctor because wearing dresses wasn’t normal for a boy. A third hated his long hair and told me he should have it cut short. And one time, we went shoe shopping and my husband and I were told it wasn’t right to let a boy wear girls’ sandals.

I was perturbed by these remarks. Hadn’t Cyprus moved on from such bigoted thinking? And if it hadn’t, wasn’t it about time?

Such comments were always made in front of my son, but he couldn’t understand what they were saying, as he doesn’t know the Cypriot dialect. However, he could pick up their negative energy, and would withdraw and pull away from them. One time he muttered, “I don’t like her.”

Somewhere between the age of four and a half and five, Leonida stopped wearing dresses and now prefers wearing Batman and Spider-Man outfits, come hail, rain, or shine. I am relieved, but only because of the imagined hurt I feared he might have endured, and my potential ineptness at helping him deal with it in a way that would still allow him to be true to himself.

On occasion Leonida does still wear a dress and I’ve noticed he likes dresses that are more like a tunic. I think this has more to do with comfort rather than wanting to wear a dress, although, personally, I don’t care either way. Nor do I care what his sexual orientation or choice of clothes will be when he grows up. In my book, it’s a non-issue. At the end of the day, Leonida is my child. And I love him. No matter what.