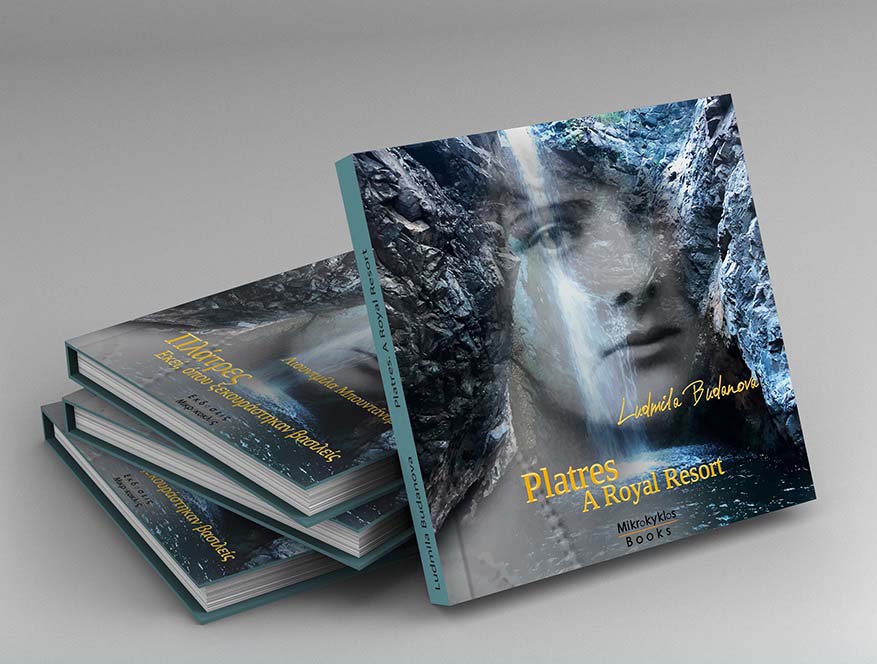 A Russian woman who fell in love with Cyprus has written a book about mountainous Platres, exploring the history of the village of kings and poets.

It is no surprise that Troodos’ largest resort has become a source of inspiration some 66 years after poet Giorgos Seferis published the iconic phrase: “the nightingales won’t let you sleep in Platres,” in his poem Helen.

Like the Greek poet who was drawn to “sea-girt Cyprus”, Lyudmila Budanova’s love for the sea brought the musician, painter and author to the island, 20 years ago.

“I have fallen in love with this country: its people, nature, lifestyle, its music, food…Cyprus for me is my home, love at first sight, a magical place,” Budanova told the Sunday Mail.

In her book Platres: A Royal Resort, the narrator takes the reader on a colourful journey through the streets of the village, talking with the locals and explaining how a traditional village became an attractive resort for royalty.

Divided in nine chapters, the book fuses together the past and the future in fewer than 70 pages rich with different narrative techniques.

“Platres attracted my attention with its nature and, above all, with the rivers and waterfalls that are located in the area,” Budanova said.

“It is a quiet country life. Really quiet – there are just over a hundred locals residing here in wintertime. But in summer… thousands come here in summer,” Budanova writes.

One of the thousands, the artist started spending the summer months in Platres and noticed that the village is “very different from other Cypriot villages”.

Apart from the beautiful environment, Platres is also among the oldest villages with its history going back to the Lusignan era (1192-1489 AD).

One of the things that fascinated Budanova are the various versions of how the village got its name. As the book makes clear, there are way too many theories. Some argue the name came from the craftswomen who lived there and were called ‘platres’ or the French word ‘platre’ meaning white plaster due to the monks in white robes at a Franciscan monastery.

“I have concluded that a place where gigantic plane trees (“Platanes”) line the roads and rivers simply must be called Platres,” Budanova writes.

The village is also famous for hosting important personalities, including King Farouk of Egypt whose love story with the actress Camellia is described in the book, as well as the visit of Princess Mary of England, Princes Irene of Greece, Greek poet George Seferis and British writer Daphne du Maurier.

“The guests never had a dull moment in Platres,” she writes, describing the village’s glamourous days of the 1950-60s.

However, this is not a history book so the narration quickly returns to the first person and the “present” Platres.

“At first, I wanted to understand for myself and describe what brought the ‘powerful of this world’ here in the Cypriot countryside,” Budanova said.

“But in the process of writing, I met many local residents and they told me so many interesting things about their families and themselves that I wanted to write about ordinary villagers as well,” Budanova said.

Born in Russia, the artist moved to the island from Germany where she was running her own business and also received her masters on painting.

Budanova describes herself as a creative, having graduated from the Academy of Theatre and Music in Tallinn, and the School of Design in Moscow later in her life.

“And now I’m writing books. All this is creativity, I’m just a creative person,” she said.

Her first book, The Pink House on a Hill, which is based on her own life, was nominated for a Russian national award: ‘Best Writer of the Year. 2020’.

According to the author, her new book on Platres, written to also commemorate the 100th anniversary of the royal resort, had a mixed reaction so far.

Even though you would expect locals to be interested in a book about their village, Budanova said that only some have thanked her for the book and said that “they are proud that such a book now exists”.

But Budanova was prepared to face such mindsets, and that’s probably why she included the words of Heracles Skyrianides, son of the founder of the Forest Park Hotel in the first chapter of the book. “Are you sure that someone is going to read your book? Today, all they do is just look at pictures.”

The hesitation of some will not slow down the author who said she is working on ideas for several books including one about stories of women of Cyprus. “I am ready to listen to these stories from your readers.”

A book presentation of Platres: A Royal Resort by Lyudmila Budanova will take place at the Forest Park Hotel on August 21 at 6pm. The book is available in Russian, Greek and English