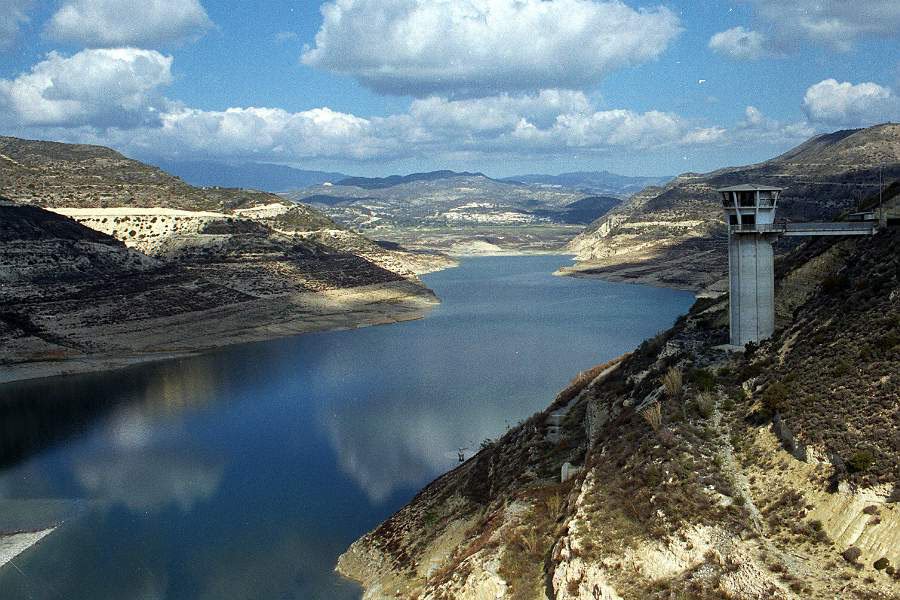 Cyprus’ dams are at 60.2 per cent full, with farmers and consumers on tenterhooks that this winter will match the bountiful rains of the winters of 2018 and 2019 and not last year’s paltry precipitation.

Kouris, by far the largest dam representing more than a third of total capacity is 61.5 per cent full compared to 90.9 per cent while the second biggest, Asprokremmos is at 75.5 per cent compared to 92.6 per cent.

Any shortfall in rain for a second consecutive year will increase dependence on desalinated water and push authorities to curb water supply for irrigation.

Meanwhile the hot weather continues. Temperatures have been tolerable at close to the seasonal average in the past few days, but hotter weather is forecast later this week and over the weekend, according to the latest met office forecast.

Maximum temperatures at 3pm on Wednesday were 37C in Nicosia, 35C at Larnaca Airport, 32C in Limassol, 31C at Paphos Airport, 34 C at Frenaros, 31C at Prodromos and 35C in Polis Chrysochous.

Thursday will be similar, with the met office forecasting a fine day with temperatures of 38C inland, around 32C on the west coast, around 35C on the remaining coasts and 31C in the mountains.

Friday and Saturday will also be mainly fine, though with local increased cloud in the mountains and inland in the afternoon. Overnight and early in the morning there will be patchy fog or low cloud.

Temperatures will edge up by Saturday, especially inland and in the mountains to above the seasonal average, remaining at those levels on Sunday.

Akinci: Turkey’s end goal is annexation of the north