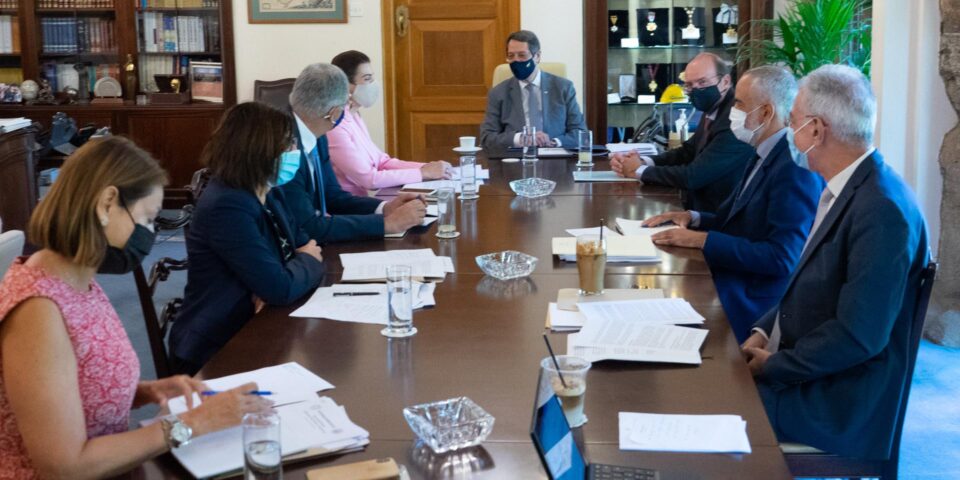 President meeting with his ministers ahead of Cairo summit

The presidency said Friday that the first intergovernmental meeting between Cyprus and Egypt reaffirms the two countries’ will to boost cooperation between them and to expand it in new fields.

The meeting is scheduled for Saturday in Cairo.

According to a new release, the next step concerning the relations between Nicosia and Cairo will be taken very soon, since a trilateral Summit among Cyprus, Greece and Egypt is expected to take place in mid October, in Kavala, Greece.

Ahead of the meeting, President Nicos Anastasiades presided on Friday over a meeting with the ministers who will participate.

The meeting will take place at the highest level, reconfirming, apart from the excellent relations between the two states, the common vision to create conditions of security, stability, peace, and cooperation in the eastern Mediterranean.

Anastasiades will be accompanied in Cairo by the ministers of foreign affairs, defence, energy, education, agriculture, the deputy minister of shipping and the government spokesman.

On Saturday morning, Anastasiades will meet with Egyptian President Abdel Fattah El-Sisi, while ministers will hold meetings with their Egyptian counterparts. These meetings will be followed by expanded talks between delegations of the two countries.

Later, on the two presidents will make statements to the media, to be followed by a working lunch hosted by El-Sisi.