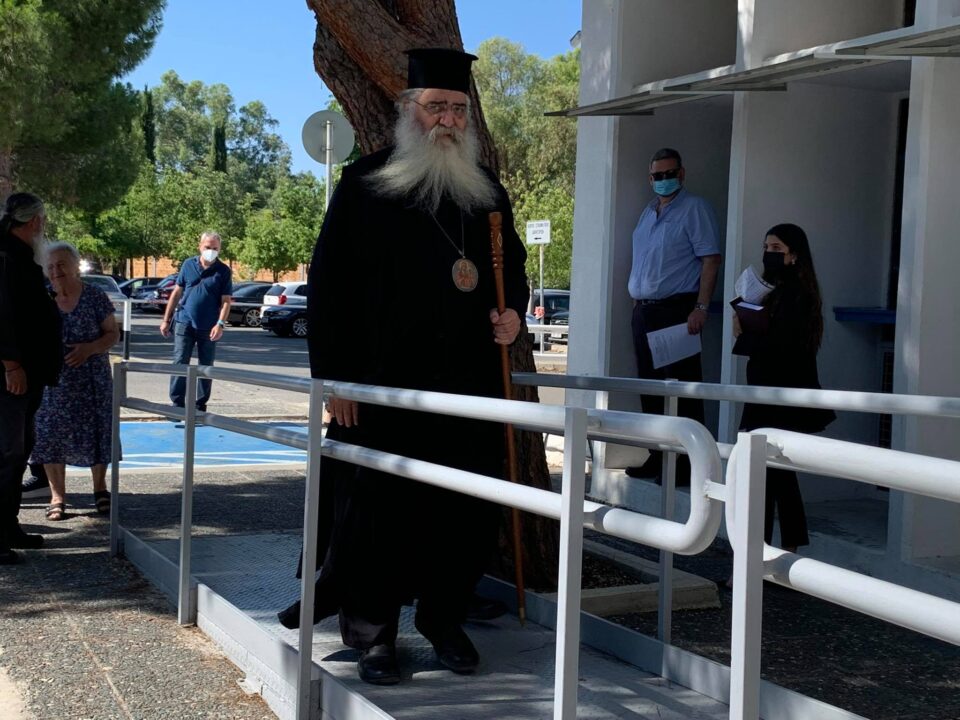 A court case against Morphou Bishop Neophytos relating to violation of Covid measures kicked off in his absence on Friday after he refused to wear a mask.

Morphou arrived at the Nicosia district court at around 10.30am but was not allowed into the building because he refused to wear a protective mask.

The case started with the state submitting its evidence, including footage of the bishop during church services and a statement he gave police.

The court adjourned for October 12.

The controversial bishop had also refused to wear a mask during the first hearing of the case back in August.

He faces charges for refusing to pay a €300 fine handed out to him after he held a public church service on January 6 in violation of health and safety decrees banning gatherings.

Neophytos has repeatedly spoken out about the coronavirus pandemic and his opposition to the vaccine, despite the Holy Synod encouraging the faithful to get inoculated. He said he would not get the jab, because he did not want to become like a genetically modified product.

Having gone through the disease himself, he agreed with a recent decision by the Holy Synod that no statements would be made against the vaccine.

Gynaecologist to be released as police inquiries continue