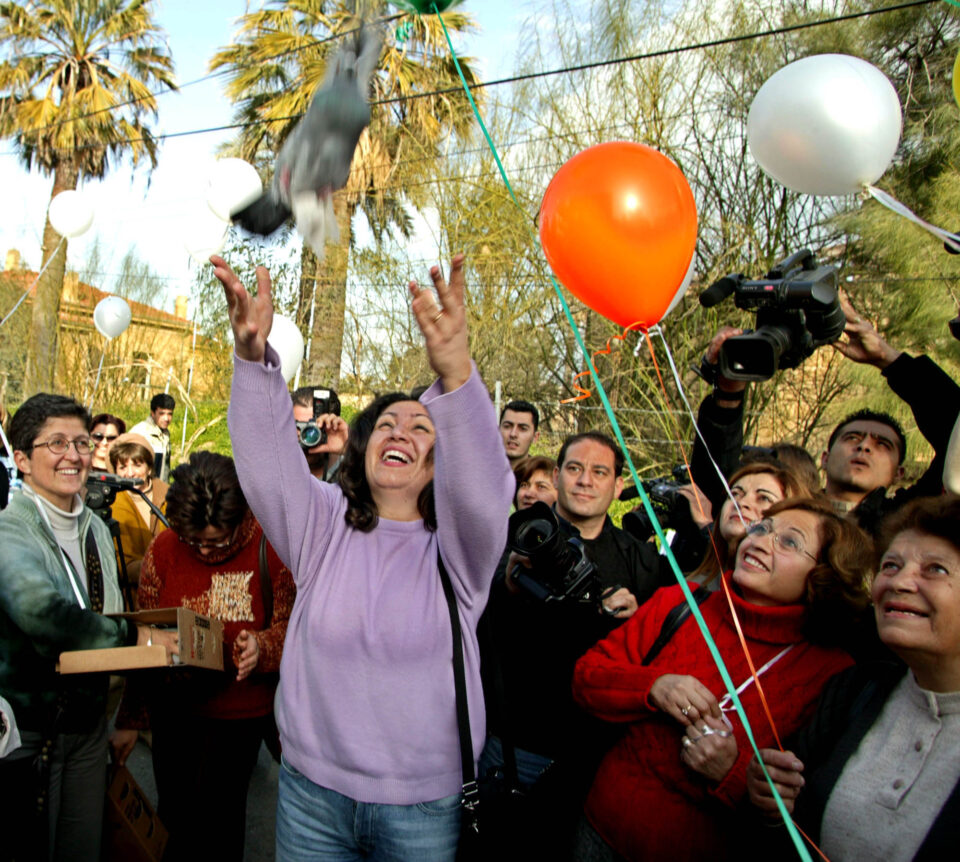 A bicommunal women's event for peace

This question was posed at a panel at the Cyprus Forum on October 2, 2021. The answer has to be: Yes, of course. The event’s overriding theme was sustainability and to achieve this it is essential to prioritise gender equality, most urgently, in relation to every field, on every level and in every possible dimension, in a holistic manner.

The duty falls on all to ensure the systematic, meaningful presence and participation of women, and a gender lens on every conceivable activity in society.

The cover of last month’s Economist stated: Why is it that states that fail women, fail..?  and contains an article explaining how societies that oppress women are without doubt more likely to be violent and unstable. Conversely, clearly the best ranking countries for peace, happiness and economic prosperity, are the ones that have the highest level of gender equality and inclusion of women in all decision making bodies.

The Mediterranean Women Mediator’s Network focuses on gender equality and the understanding of a gender lens in its field of expertise. The Network was founded in 2017 in Italy from countries around the four shores of the Mediterranean and is also a founding member of the  Global Alliance of Regional Women Mediator Networks. Five Cypriot women formed the first antenna in Cyprus in 2018, working to organise and train in mediation as an essential pillar of peace-building and the creation of a peace culture. It aims to increase the number of women involved in peacemaking efforts and to facilitate the appointment of high-level women mediators at local and international level.  The network’s guiding lines are contained in the UN Security Council Resolution 1325 of 2000, which urges all actors to increase the participation of women and incorporate gender perspectives in all United Nations peace and security efforts, covering four basic pillars of participation, protection, prevention,  and relief  and recovery.

The work of such networks is absolutely crucial when we consider that between 1992 and 2019, only 13 per cent of negotiators and 6 per cent of signatories of peace deals were female. Research shows that peace tends to last longer, is more sustainable when women are at the table. Women’s participation increases the probability of a peace agreement lasting at least two years by 20 per cent, and of lasting 15 years by 35 per cent.

A good example is Liberia where women campaigned and succeeded in achieving a more inclusive process to end violence in their country. A bad and recent example would be Afghanistan. Indeed the entire process of transition was a disaster in general, but the total lack of women or any discussion of gender issues prior to the takeover by the Taliban has had two dire consequences. Firstly, we are all deeply concerned for the fate of at least half the population, the women. Secondly, we are left with little hope that this “new beginning” will bring any sustainable stability or peace.

In relation to where we stand in Cyprus on the implementation of Resolution 1325, clearly the process has been greatly lacking the meaningful presence and representation of women. The UN Secretary-General has frequently made mention of this in his reports. Some have questioned whether the UN should pull its weight more to ensure that this UN resolution is implemented within this process which they lead.

The July 2021 UN resolution on Cyprus contains a new and refreshing element in clause 5., calling  “on the leaders to submit to the Secretary-General an action plan, to increase women’s full, equal and meaningful participation in peace talks”. Furthermore, it notes “the Secretary-General’s call to ensure the inclusion of at least 30 per cent women in future delegations and urges the parties to explore ways to ensure women’s full, equal and meaningful participation and the inclusion of gender considerations in a possible resumed negotiation process;”

It can be said that the Secretary-General has now put his weight behind 1325 by tangible demands of the parties. Perhaps it’s also a sign that feminist activism behind Resolution 1325 is making a difference.  But evidently much work is still needed, along with a change in the mentality of the predominantly male “official representatives” that dominate the Cyprus talks. In their response to the clause they claimed to be “disappointed that the Council fails to give due regard to serious aspects of the conflict, but elevates such issues that do not pertain to its substance”.

The reality is that if any process is to be successful and sustainable, inclusivity has to be treated as not only part of the substance,  but also as the guarantee of reaching a solution that will be sustainable.

Man arrested with 1kg cannabis in his car (Updated)