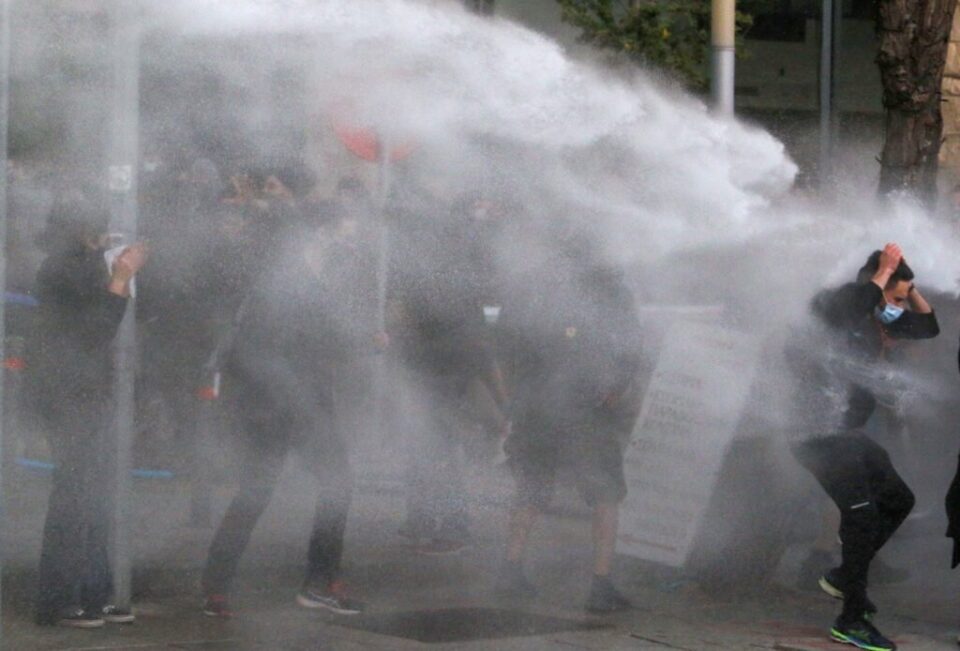 Police used a water cannon during the protest

The independent police watchdog is recommending the launch of criminal and disciplinary procedures against police officers in connection with a violent crackdown on an anti-corruption protest in February that saw one woman seriously injured.

“The authority’s recommendations concern both criminal and disciplinary prosecutions of members of the police,” a written statement said.

The findings of the probe into the incident were discussed at length on Wednesday. The probe was carried out by four investigators who examined citizens’ complaints against police officers during a protest on February 13.

The findings along with the recommendations will be handed over to the attorney general for further action.

The protest took place at a time when the government had placed a blanket ban on mass gatherings in a bid to contain the spread of the coronavirus.

Police used a water cannon and teargas to disperse people demonstrating against corruption, while some protesters were subjected to beatings.

Several people were injured, one seriously after she was hit by the high-velocity water jet in the head.

The 25-year-old had to undergo emergency surgery to her eye.

Protesters said the event had been peaceful until the police decided to intervene in a bid to break it.

In response to the police heavy handedness, a protest was held a week later with several thousand people taking part. The protest started and ended peacefully, as police kept a low profile.

The 25-year-old artist Anastasia Demetriadou aka Nama Dama, who was hit in the face had to undergo two surgeries on her left eye, and she has permanent visual impairment from the injury.

She recently released a video focused on the incident. The 11-minute video under the title Ode to a Naked King, is “dedicated to defenders of human rights and democratic values”.

It directly refers to the protest saying people gathered with “empty hands,” but police were “not so fond of us” so they “shot us down, but we will not bow”.