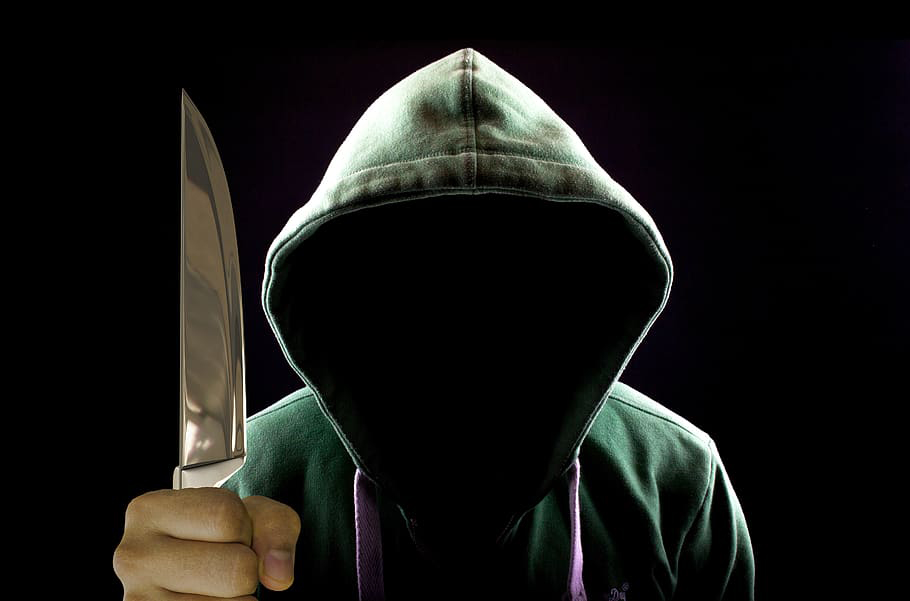 I live in a large village-cum-small town where a lost dog is front page news. Having had a home there for almost 60 years I have never heard street corner yobs noisily carousing in the early hours. I have never seen a punch-up, except for the (only) one I was ever personally involved in. I have never heard of anyone carrying a dangerous knife or, perish the thought, seeking to use one to attack anyone else with a machete swiftly drawn from a capacious trouser-leg with the aim of committing blood-spilling mayhem.

It therefore always comes as something of a shock when the national news reports that some thug or other, or, sometimes, a group of thugs, had tried to carry out a tracheotomy on another lad for some purpose that must have seemed logical and appropriate at the time. The victim is usually mercilessly left bleeding in the gutter while the thugs scarper.

But I have noticed a routine sequel to almost all these nauseating examples of cowardly cruelty. In most instances whenever another early teen gets stabbed in the street it is frequently by an unknown knife carrier who wears a hoodie and was in the company of a similar group of others who hung about near the gasworks or the canal or the railway siding. It probably took place at about 2am. Then various doubtful looking older citizens all the females of which group are severely overweight proclaim that the victim was a lovely, caring lad who was a member of the chapel choir, the Scouts or Cubs and who was outgoing, cheerful and loved by all. His father is never mentioned but an oaf purporting to be his stepfather and who uses the word ‘like’ a lot, wears a tangle of dreadlocks, and mumbles a few illiterate placebo phrases. No one ever asks what this recently dead paragon of virtue was doing hanging out and about in the wee small hours on an old bomb-site sniffing glue and with 18 inches of cold steel tucked out of sight. Still, give him the benefit of the doubt. Probably he was on his way home from a rather long Alcoholics Anonymous meeting. Half of the meejuh, the left half as a rule, have headlines blaming failed local government under-resourcing while the other half adopt diversionary tactics and hide behind new clues in the Find Maddy quest, or that worn out old claim that Princess Diana died in an accident, or that you can avoid cancer by eating loads of vile tasting spinach.

When I was in grammar school discipline was enforced by a mixture of respect for staff who, in return, respected their pupils. Rules were tough but fair. Also our Headmaster was an ex-Wales prop forward. This helped in several ways.

Nowadays all the discipline has been eroded by vote-seeking politicians. Children are permitted to do more or less anything. There is nothing teachers are allowed to do to restrain them without having to tangle with some puny ex-LSE human-rights lawyer with a clipboard and adenoids who has chosen not to grasp that rights automatically bring with them responsibilities. That is a principle that is not too hard for most to grasp, except for those numerous individuals who subsist on fat and crisps.

What about the police, you may ask. Oh pul-ease. The cops are vastly overworked and under-funded. We all know and understand that if we don’t pay for it we don’t get good policing. The result is that they are all far too busy processing speeding fines or following up on malicious accusations of attempted sexual assaults.

So when some badly raised little juvenile delinquent gets shimmied all those citizens who totter through life struggling to maintain their place in society trot out their adulatory eulogies. None show sympathy for the dead victims.

Dare to remonstrate with these thugs and they all whip out thousand quid, state-of-the-art phones and film every word or movement you make so those same trouble-chaser lawyers can get a handle on how best to insult, shame and, with luck, jail you.

I write this after having to walk to Paddingtom Station last Saturday evening through streets lined with stand-by ambulances and cops in riot gear and flak jackets.

I tell you I would far prefer to have risked walking through Teheran’s Azadi Tower wearing a Star-of -David T-shirt.