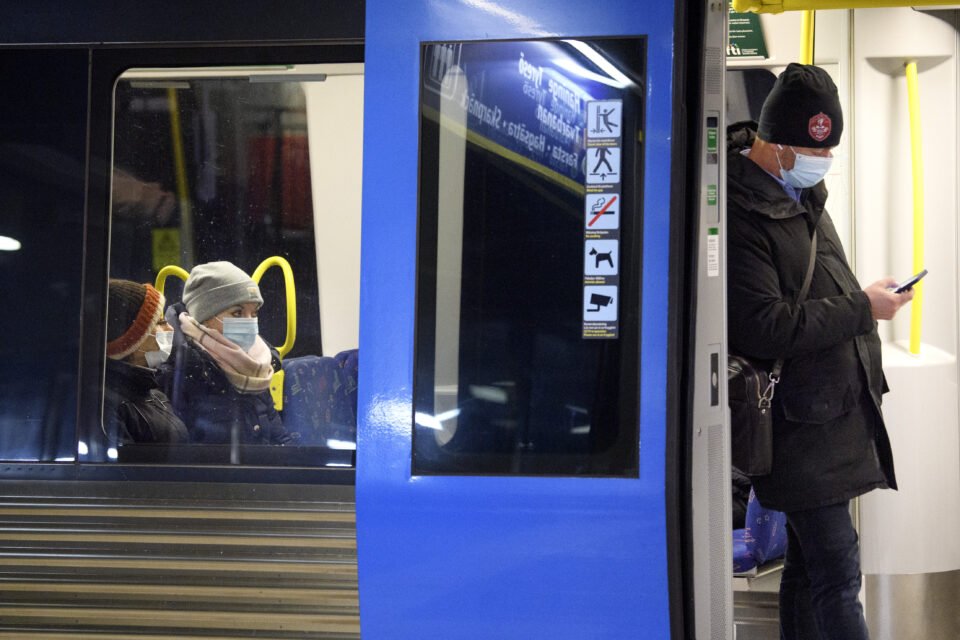 Coronavirus infections are hitting record levels in many countries across Europe as winter takes hold, prompting a call for action from the World Health Organisation which described the new wave as a “grave concern”.

Europe registered a 55 per cent rise in Covid-19 cases in the last four weeks, despite the availability of vaccines, which should serve as a “warning shot” to other regions, World Health Organisation (WHO) officials said on Thursday.

Soaring numbers of cases, especially in Eastern Europe, have prompted debate on whether to reintroduce curbs on movement before the Christmas holiday season and on how to persuade more people to get vaccinated.

According to the ECDC on Thursday the epidemiological situation regarding the spread has worsened in eastern European countries.

Poland is now almost in its entirety a red zone, with the exception of some areas in the east which are now in the deep red category. Most of Sweden and Norway are now also in the red zone.

Cyprus also remains in the red category, since the rate of new infections continue to be high, the ECDC said. Cases on Thursday rose to 252 and hospitalisations to 73 from a average of around 50 over the past few weeks. This came as the health ministry announced that 80 per cent of the adult population was now double dosed, and as the cabinet extended the current measures until December 2.

The Baltic States also remain in the ECDC deep red category, along with Romania, Bulgaria, Croatia, Slovenia and part of northern Greece. A significant portion of Czechia, Slovakia, Austria and areas in Hungary are also in the deep red zone, along with significant areas in highly-vaccinated countries such as the Netherlands, Belgium and the entirety of the Republic of Ireland, where 91 per cent of people are double-dosed.

Germany remains in the red zone for another week, while other highly-vaccinated counties like Iceland. France, Portugal and a large portion of Italy remain in the orange zone. Italy is now the only country in the EU with green zone at all, which include a portion of northern Italy and Sardinia.

“The current pace of transmission across the 53 countries of the European Region is of grave concern,” regional WHO head Hans Kluge said, adding that the spread was exacerbated by the more transmissible Delta variant.

The virus spreads faster in the winter months when people gather indoors.

Kluge warned earlier that if Europe followed its current trajectory, there could be 500,000 Covid-related deaths in the region by February.

“We must change our tactics, from reacting to surges of Covid-19, to preventing them from happening in the first place,” he said.

The region saw a 6 per cent increase in new cases last week, with nearly 1.8 million new cases, compared to the week before. The number of deaths rose 12 per cent in the same period.

Germany, Europe’s biggest economy, reported 33,949 new infections, the highest daily increase since the start of the pandemic last year. Cases in Russia and Ukraine are soaring.

Austria’s daily new coronavirus infections surged towards a record set a year ago, making a lockdown for the unvaccinated ever more likely.

Covid-19 prevalence in England rose to its highest level on record in October, Imperial College London said, led by a high numbers of cases in children and a surge in the southwest.