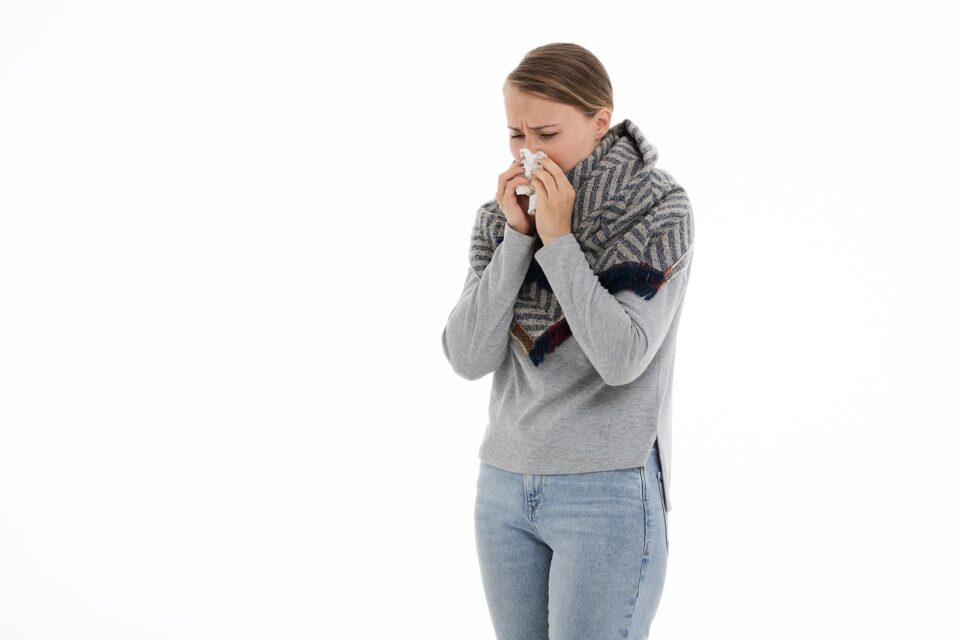 As we return to pre-lockdown levels of social mixing, colds are starting to become all too common. A TikTok video has gone viral involving putting garlic up your nose as a cold cure, just one in a long line of claimed treatments or cures.

We asked two experts to examine some commonly held beliefs around colds.

1. Can you get a cold by getting cold?

Colds become more common in winter. Like other upper respiratory tract infections (in the nose, throat and windpipe) they are normally caused by a virus. There might be a little truth in the idea that getting cold can give you a cold, because as the temperature changes this can alter the lining of our throat and windpipe, which can possibly make it easier for viruses to infect cells. However, the main reason we get more colds in winter is spending more time inside, closer to other people – the perfect environment to transmit viruses.

2. Does sticking garlic up your nose help?

The TikTok trend involves putting cloves of garlic up your nose because it claims to act as a decongestant. Sticking something up your nose blocks the flow of mucus, so when it is removed, the flow starts and the mucus drips or even runs out of your nose. Mucus not only helps trap and remove pathogens including viruses, but also contains antibodies and can reduce how infectious and spreadable viruses are. So this is not a good idea.

Garlic contains a range of compounds which might irritate the nose, and remember sticking anything up your nose isn’t a great idea. It could damage the lining and lead to bleeding or even get stuck. So it doesn’t really help and could be harmful.

Various herbal remedies claim to either prevent or speed up recovery from a cold. People often mention echinacea, a family of plants that grow in North America. Some trials have suggested a small preventative effect, but the evidence does not show statistically significant reductions in illness levels. Turmeric is also touted as a preventative medicine, but there is no robust evidence for its effectiveness either.

Inflation may persuade Bank of Israel to embrace shekel strength