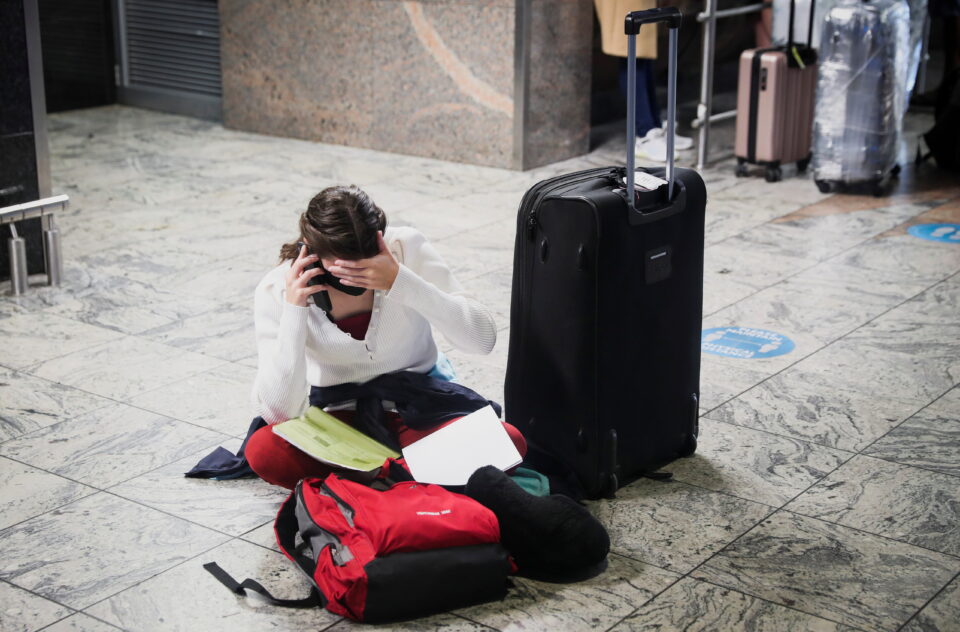 Like dozens of South African Cypriots, Michalis Polyviou was appalled by the government’s decision last Friday to ban all flights from South Africa after the Omicron variant of coronavirus was reported.

Stuck in Johannesburg since the news broke that country after country had banned flights from southern Africa, Polyviou is desperately trying to find ways to get home to his family in Paphos in time for Christmas.

“It is absolute chaos. We are stuck here in Johannesburg, flights have been grounded and I am desperate to get home to Cyprus and my family,” Polyviou said, speaking from South Africa to the Sunday Mail this week.

“The virus will spread anyway. This doesn’t make any sense, it’s totally illogical. And they are saying that this new Omicron variant is more infectious yes, but that its symptoms are mild. It’s a total over reaction and I am hoping I can get home for Christmas.”

Omicron has been classed as a “variant of concern” by the World Health Organisation (WHO), due to its higher reinfection risk and possible ability to evade vaccines.

Although no concrete evidence as to the effect of the variant has been announced so far, it was precisely for that reason, to buy time for scientists and to try and control the spread, that such tough measures were enacted, according to the European Health Commissioner Stella Kyriakides.

She said that such a drastic measure of stopping flights to the EU from countries in the southern part of Africa was necessary.

But the travel ban has hit the Cypriot South African community hard, both those living here and in South Africa and both families and businesses, just when many were looking forward to spending time with family and friends as Christmas and New Year approaches.

Many have questioned the move while the South African president, Cyril Ramaphosa, said he was “deeply disappointed” by what he described as an unjustified ban and called for it to be lifted.

One family living in Cyprus have been separated by the ban. Maria, her husband and her 14-year-old son are stuck in South Africa. Their two other children, aged 11 and six, are in Cyprus.

The couple and their son had just arrived in South Africa to obtain a passport for their teen and overnight to their horror, the flight ban was put in place, Maria (who preferred not to use her last name) told the Sunday Mail.

“Luckily my parents arrived the day before we left to be with the children in Cyprus, but we are desperate to get home to them for Christmas,” the distraught mum said, speaking from South Africa.

“We had such a terrible one last year for a variety of reasons, and we wanted this year to be special.”

Luckily, they have family members in South Africa where they are currently staying.

Technically, of course, Cypriot citizens and permanent residents can return to Cyprus, but the logistics of doing so are difficult, very expensive and because they involve quarantine make the chance of a Christmas – now less than three weeks away – at home unlikely.

“It’s ridiculous and very costly, over 2,000 euros for the three of us. We have to change all of our flights and on top of that we have to pay for PCR tests before we leave and another when we arrive and a third on day ten, which is paid for by the state. But we are vaccinated, we have done everything we should have.”

Maria pointed out that even if they can get back to Cyprus, they will have to quarantine in a designated hotel for 11 days at their own expense.

“If I don’t manage to leave South Africa this week, we won’t make it back for Christmas and we don’t want to spend it in a quarantine hotel.”

The family is currently exploring different connecting flights to try and make it back in time for Christmas. Failing that, they are considering flying out their two children to be with them for the festivities.

“The children and very upset and we all just want to be together.”

In addition, their 14-year-old son has now missed all of his exams and at least a month of school by the time it reconvenes in January.

“We are very emotional, going up and down, and we are hoping for a good Christmas, finally,” she said.

The WHO said so far there is no evidence concerning how transmissible or severe the new omicron strain may be, and their regional office for Africa urged countries to follow science and health regulations rather than imposing travel bans on African nations.

Business travel has obliviously been affected too, with many South Africans in Cyprus reverting to Zoom call and Team meetings.

“I was supposed to be in South Africa next week for important meetings and also to see my family and closest friends. I haven’t seen them since well before the start of the pandemic,” said Natalie, a 46-year-old Paphos based businesswoman.

As the flights were cancelled last minute, it had a devastating effect both on her business and mental wellbeing, she added.

“It’s hard enough to keep things going in this ‘pandemic climate’, and business is tough. And, personally, I really need to give my mum a hug. It’s been too long, and we both need it,” she said.

Kyriakides admitted there was a possibility that the travel ban was an over-reaction. However, she added that although in two or three weeks down the line the reaction could be considered excessive, it would be preferable to “not having taken into account the possible dangers from this mutation and leaving action too late.”

But Southern Africa countries – and the Cypriot South African community – are paying a heavy price.

According to research conducted by the World Travel & Tourism Council (WTTC), South Africa lost around $10bn in bookings in 2020 because of a lack of overseas visitors. It is estimated to lose approximately $10m every week flights that flights are suspended from main tourist markets.

“The only thing the prohibition on travel will do is to further damage the economies of the affected countries and undermine their ability to respond to, and recover from, the pandemic,” the South African president said.

He urged countries with bans in place to, “Urgently reverse their decisions… before any further damage is done to our economies.”

South African Cypriots would include damage to families in that appeal.