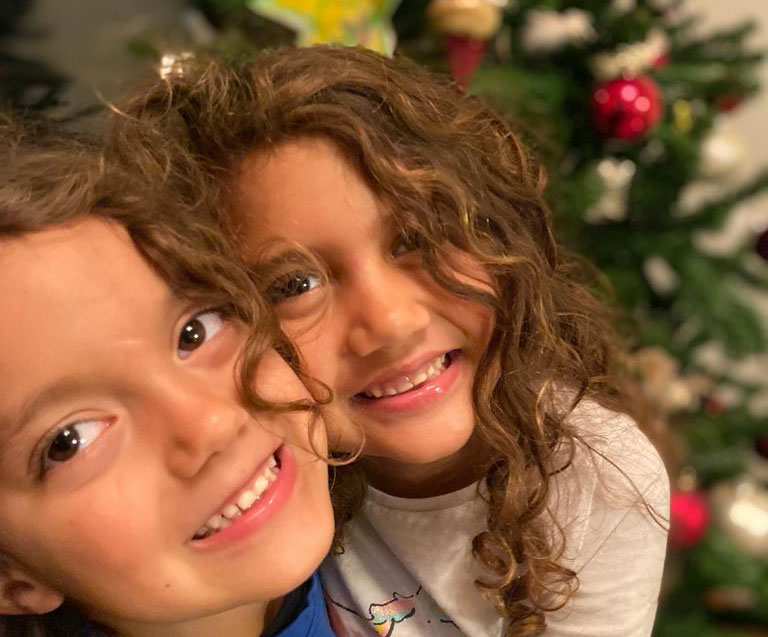 I can’t believe it’s only six more sleeps until Christmas. The children have been bouncing off the walls with excitement since the start of the month, with a list as long as your arm for Santa.

They first started to get that Christmas feeling at the end of October when we went supermarket shopping and they saw all the Christmas trees and decorations on display, so it’s been a long wait.

From my perspective, 2021 has come and gone in the blink of an eye. In fact, every year since the children were born seems to have zipped by at record speed. It feels like only yesterday when they were toddling about in nappies speaking gobbledegook.

In other ways, however, it feels like time has stood still and that since March 2020 we’ve been living in a time warp of sorts. I sometimes forget that we’ve had almost two years of the status quo.

I’ve got a friend who is convinced Covid-19 has been in our lives for three years and I keep having to remind her that it’s only two. This is because I remember 2019 clearly. We were still living in London before life as we knew it went topsy turvy and we’re still in the throes of goodness knows what today.

When I look back on 2021, I’d like to say that what I feel most is gratitude for the personal growth of my family and I. But I also feel a sense of relief. That it’s over and that I’ve come out the other end in one piece.

And that’s because personal growth is never easy. To be frank, it’s darn painful at times, which is probably why they’re called growing pains. But I know that because of it I’m stronger and have a greater depth of self-understanding, self-compassion and self-love. And for that I am grateful, for without that contrast I wouldn’t have the same clarity I do today.

The kids have also grown in leaps and bounds this year, particularly since starting school. That’s probably been one of the biggest changes for us all in 2021 but it’s been a good one after a bit of a rocky start. To be honest I’m not sure who found starting school more difficult – the kids or me. But now it’s all good and we are excited for the next chapter. Or that’s what I keep telling myself.

There are days I still get nervous, particularly as 2022 is going to bring with it some changes. Changes I’ve prepared for but which I’m still a tad apprehensive about because experience has taught me that you can never really know how you’re going to feel about something until you’re in the thick of it.

Still, life is about moving forward and continually growing and expanding and as long as I trust that things are always working out for me – which is a turn of phrase I’ve come to embrace – then it’s all okay.

Even if I had wanted to stand still, I couldn’t have because everything in life comes to an end eventually. So instead I’ve learned to trust that the path before me is unfolding one step at a time and at a pace I’m ready for.

There’s also something to be said about learning to let go. Another thing I’ve learned more acutely in 2021. When you surrender and trust, things seem to unfold much more effortlessly than you could ever had planned for.

For example, at the start of 2021 I never thought I’d self-publish two books and yet I’ve done just that. Was it as scary as I thought it would be? Not really. I simply decided that if I expect my children to stretch their comfort zones, then who am I not to stretch mine.

My children are probably why I do a lot of what I do. How can I possibly teach them to be brave and strong and love themselves when I don’t do the same? What sort of example does that set?

So here we are, at the end of 2021 and that’s what I’m still doing. Learning, growing and expanding daily. The faster my children are growing, the faster I’m growing. Some days I don’t think I can keep up. To say that I am in awe of them most days would be an understatement. Having said that, there are also days I just want to bury my head in the pillow and scream with frustration because I just don’t know what else to do. I’ve done a lot of that in 2021 too.

Anyway, it kind of feels like the end of an era. I know every year end feels that way, but somehow 2022 feels like the birth of something new. I don’t know if I’ll feel like that two weeks from now, but right now, that’s where I’m at. Happy Christmas!

Smith against strike but warns of ‘dangerous situation’ over player welfare