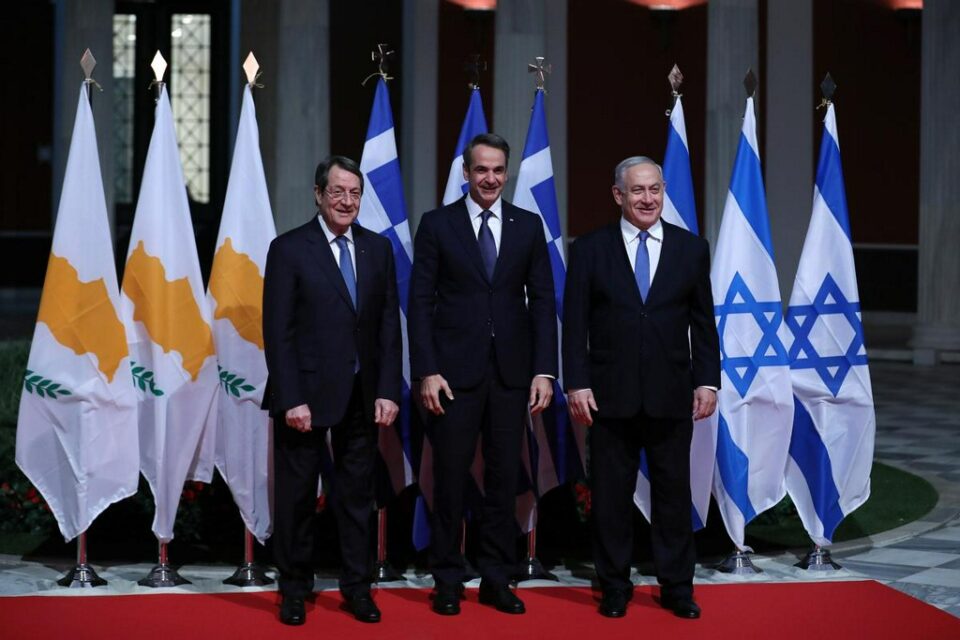 As the world shifts irrevocably and inexorably towards clean energy and net-zero emissions, the oil and gas industry is finding itself under siege on multiple fronts

The memories of 2020 and 2021 have left long-lived scars on global energy. Fossil fuels received a sustained battering, culminating in COP26, where for the first time fossil fuels were directly referenced as contributors to global warming. This opens the sector to increasing attacks, reaching a climax at COP27 in Cairo in 2022.

Clean energy and renewables received a major boost at COP26 and this will be felt more strongly in 2022, led by the EU driving its green agenda, despite the current energy crisis.

Key factors that will shape 2022 are the state of the global economy, the EU’s green agenda, a decisive move towards clean energy combined with a sustained attack on the global oil and gas sector. These will impact developments in the East Med.

The priority in 2022 will be to stop the pandemic and ensure that the recovery in the global economy continues. But even though hope abounds, this faces may risks.

These include inability to control Omicron, or the next variant, leading to more lockdowns, inflation, and rising food prices, escalation of the Russia-Nato and China-Taiwan confrontations, a weakened Biden, failure of the Iran nuclear talks leading to a crisis, a hotter summer and even more extreme climatic events, another oil crisis, political turmoil in Europe, to name but a few risks to global economic recovery.

The last two European Council summits have shown a divided Europe on many key issues. With Angela Merkel out of the way, elections in France in April, a fragile coalition in Italy, political instability in the UK and the possibility of even further deterioration in EU-UK relations could trigger political turmoil in Europe with far-reaching consequences.

There is, though, hope that things will go right in 2022 and global economic recovery will continue, with economic growth even accelerating.

The EU drives the green agenda

The EU will come out of its current energy crisis by the spring and prices will gradually return to more-or-less normal levels by the summer.

Given the new package of gas legislation announced on December 15, the EU is determined to steer Europe away from unabated natural gas towards more sustainable energy sources, like renewable and low-carbon hydrogen, starting in 2022.

Even though the EU is about to include natural gas in its taxonomy, this is a temporary reprieve. It still aims to reduce consumption of unabated natural gas by 25 per cent by 2030 and to eliminate it altogether by 2050. That’s why it has now banned long-term gas supply contracts beyond 2049.

But all eyes will be on the fate of the delayed final certification of Nord Stream 2. It is already loaded with gas and ready to operate. To a certain extent this may be linked to the outcome of the Russia-Nato talks that will start in early-2022. The expectation is that the pipeline will start operating mid-2022.

International oil and gas companies (IOCs) are under intense pressure from their shareholders, activists, governments and the financial sector to make their activities green. Almost all of them acknowledge that their future is tied to energy transition. Even ExxonMobil and Chevron are committing more and more of their reduced capital spending to clean energy projects.

The emphasis now is on frugality, less spending, consolidation, greater margins, share buy-backs and returns to shareholders. The old days of portfolio expansion, increasing investments in new oil and gas and risk-taking are long gone. The cost of capital has also more than doubled in comparison to ten years ago, limiting the ability of IOCs to invest in long-term projects.

As the world shifts irrevocably and inexorably towards clean energy and net-zero emissions, the oil and gas industry is finding itself under siege on multiple fronts.

This pressure will only increase in 2022. If Omicron gets out of control next year could be even more difficult for the IOCs.

For the East Med

The only country in the region where hydrocarbon activities will carry on as normal in 2022 is Egypt.

Israel has already announced a halt on offshore exploration at least until the end of 2022 so it can prioritise the development of renewable energy.

To a certain extent lack of state support has brought offshore exploration to a standstill also in Greece. Priority is given to the renewable energy sector, with licences awarded to renewables projects with a total capacity of 95MW and to 14.3GW storage projects. It has a target to increase the renewables share of electricity by 61 per cent by 2030.

With IOCs under immense pressure, Lebanon will also not be able to progress offshore exploration, but its electricity sector should receive support from Jordan and natural gas from Egypt in 2022.

But the rogue in the region will continue to be Turkey. With its economy in tatters, collapse of the lira and out-of-control inflation usher in unpredictability and danger. In addition, with presidential elections expected in 2023, and Erdogan’s chances of re-election slipping, anything could be expected, including the creation of a crisis to bolster his position. 2022 should be a year of vigilance in the East Med.

Cyprus has re-commenced offshore exploration with drilling already in progress. It has also awarded block 5 to ExxonMobil and QatarEnergy. Appraisal drilling should be completed by February, with results expected to be closer to the upper limit of the range of 5-8trillion cubic feet gas at the Glafkos discovery announced in 2019.

But other than that, a long period of inactivity is likely to follow.

Nevertheless, it is very likely that Turkey will counter drilling by violating Cyprus EEZ, most likely by carrying out surveys east of the island. Turkey may also push harder for the joint management/development of hydrocarbons by Greek and Turkish Cypriots.

Europe’s decisive moves towards clean energy and determination to stop use of unabated natural gas will bring an end to the long saga of the EastMed gas pipeline in 2022.

The much-heralded import of LNG will not materialise in 2022, and probably not before 2024 at the earliest. As a result, it will not bring the benefits it has been claimed it will.

For the Cypriot energy consumer 2022 will continue to be challenging. With oil prices expected to stay in the region of $70-$80/barrel and the cost of emission allowances going towards €100/tonne, electricity prices will continue to be high. The government will have to consider better and longer-term measures to support vulnerable households.