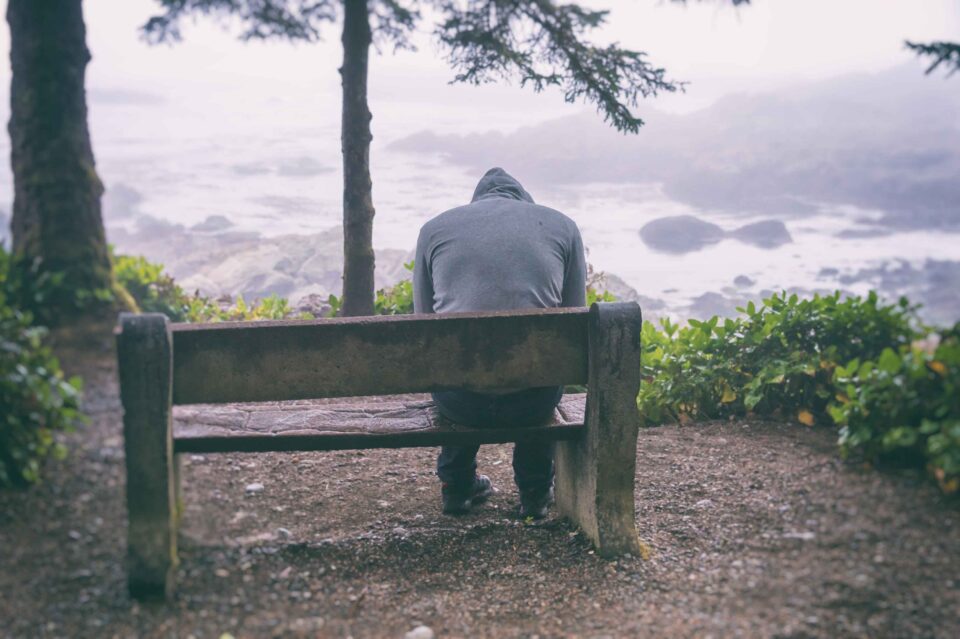 Generic photo of someone who could benefit from therapy. Alamy/PA.

We all have bad days. But the stress of the pandemic has turned those bad days into weeks and months, and huge numbers of people are struggling with their mental health.

New figures from the UK suggest more than 50 per cent of people were concerned about their mental health last year – and around half also experienced stress, anxiety, low mood or depression. However, the majority didn’t seek professional help, including talking therapy.

Girls Aloud’s Nicola Roberts says: “I’m someone that has benefited hugely from talking therapy. I think there is such a taboo around it that people almost feel like they’ve failed or they weren’t strong enough to figure out a situation by themselves. But if you’re feeling like you can’t see the wood from the trees, or light at the end of the tunnel, it’s imperative to reach out, because you can’t always do it alone.”

The mental health charity Mind (mind.org.uk)’s head of information Stephen Buckley says: “The pandemic has taken a huge toll on mental health and wellbeing. Many people tell us they’re worried about asking for help with their mental health, because they don’t think their problems are serious enough. But the sooner people start treatment for their mental health, the more likely they are to recover. Treatment becomes more intensive and expensive as people become more unwell.”

Buckley says different types of talking therapy work for different people, so it’s important they have a choice about whether they receive support face-to-face or virtually. But he stresses: “If you’ve been struggling with your mental health for more than two weeks, or your symptoms keep returning, speak to your GP.”

But how can you tell if the way you’re feeling is bad enough to warrant professional help?

“There are times when the signs you may need some extra professional support aren’t obvious,” explains Dee Johnson, a cognitive behavioural therapist (CBT) and mindfulness practitioner. “This is because our own perception of how we’re thinking and feeling adapts over time, and some people just start to accept that’s how they’ll always feel. They acclimatise to what are, in reality, mental health issues.

“The signs can be subtle too, because mental health concerns aren’t necessarily overt, dramatic or extreme. Many people get used to hiding and minimising their feelings, and wearing an emotional mask. It’s a myth that things can’t be that bad if you’re still able to attend work or run a household.”

You say no to invitations, or make last-minute excuses not to engage in something. “This happens when we think avoidance is better than facing something that feels overwhelming,” explains Johnson.

“When things that never caused you anxiousness before – such as driving or social gatherings – start to do so, over time, the sense of not feeling safe and secure spreads to almost every aspect of your living, and becomes overwhelming,” says Johnson.

The way you feel may mean you even struggle to answer phone calls, text or email messages.

You don’t enjoy things any more

Johnson says a condition called anhedonia means you no longer find pleasure or joy from activities, or even people that you used to enjoy. “This is actually a very distressing place to be, and increases worry levels,” she says.

You feel lonely and empty

Johnson says people with mental health issues may have an internal sense of shame, lack of worth, and feel emptiness and loneliness. “This can affect you, even if you have people you love in your life,” she warns.

You don’t feel connected to other people

Mental health issues can present as a feeling of being disconnected from others, says Johnson.

You constantly put yourself down

If you have mental health issues, your self-talk may be low and negative, and you may always put yourself down.