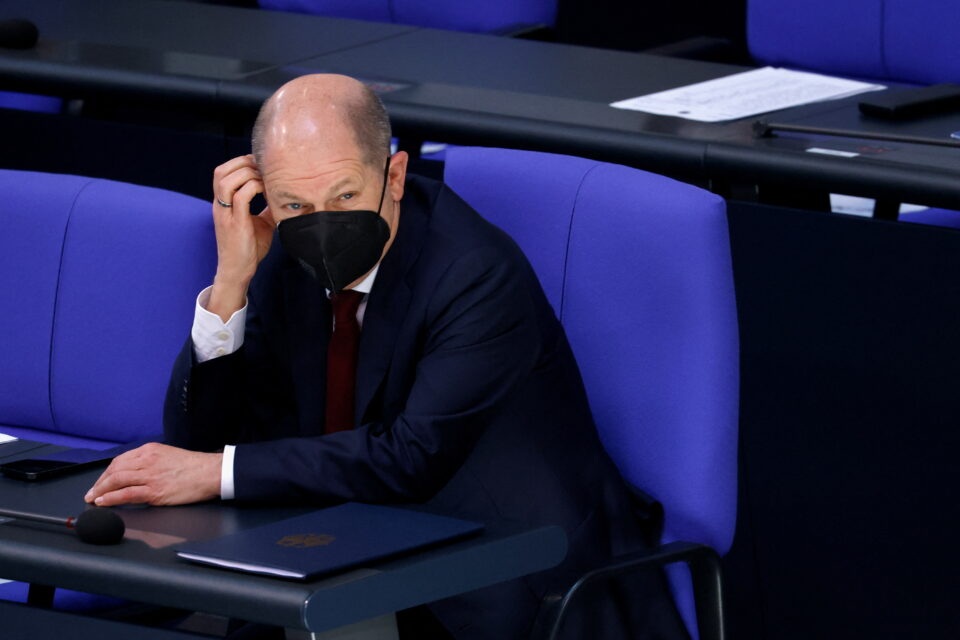 Germany’s lower house of parliament on Thursday voted against a bill requiring anyone aged 60 and over to get vaccinated against COVID-19 in a defeat for Chancellor Olaf Scholz.

Germany’s vaccination campaign is faltering with around 76.6% of Germany’s population having received at least one dose – lower than the more than 80% in other western European countries such as France, Italy and Spain.

In an attempt to avoid another wave of the virus in the autumn, the cross-party proposal required citizens aged 60 and over to be vaccinated from Oct. 15.

Daily infections are at a high level in Germany but have dipped in the last week or so, with 201,729 new cases reported on Thursday.

Of the 683 parliamentarians who voted, 378 voted against the bill and 296 in favour, triggering cheers from far-right AfD lawmakers. It was a free vote, with lawmakers not told to follow party lines.

However, the defeat is a setback for Scholz who had even summoned his foreign minister, Annalena Baerbock, to leave a NATO meeting in Brussels to return for the vote.

Scholz had last week been forced to drop plans for mandatory vaccinations for over 18s as he could not muster a parliamentary majority.

Dirk Wiese, a lawmaker involved in initiating the bill, blamed opposition conservatives, saying they blocked the bill to hurt the government.

“The CDU/CSU (conservatives) have unscrupulously answered a question of conscience,” Wiese said in a statement.

The bill’s failure reflects the challenging policy-making dynamics of the ruling coalition, comprising Scholz’s Social Democrats, the Greens and liberal Free Democrats who disagree on many issues.

The Chancellery declined to comment but Health Minister Karl Lauterbach, who backed the bill, said it would be far more difficult to fight the pandemic in the autumn.

Three additional motions either calling for only advising people to get vaccinated or rejecting the mandate altogether were also voted down after a lively four-hour debate.

Imposing vaccinations on citizens violates the second article of the constitution, which guarantees citizens’ control over their own bodies, the AfD motion argued.

Austria last month suspended its vaccine mandate, six days before fines for breaches were due to start being imposed, on concerns about infringing rights.

The German Hospital Federation (DKG) said the failure of the draft bill was the responsibility of all parties.

“In the end, we now face a shambles for which all parties are responsible,” DKG Chairman Gerald Gass told the Rheinische Post newspaper.

Two men aged 20 to be sentenced in rape case