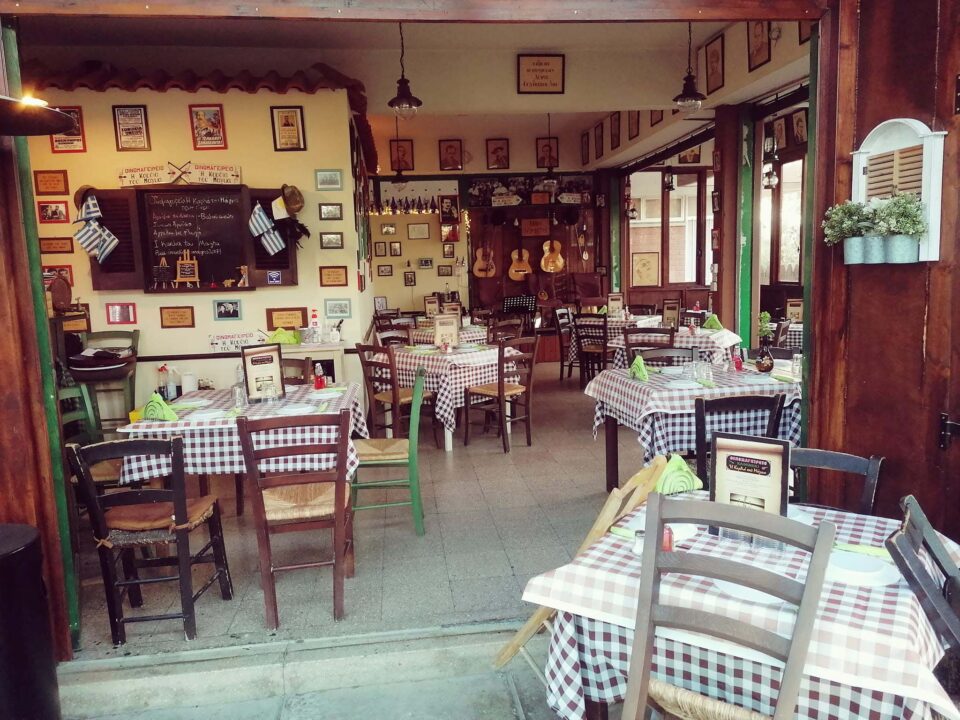 The thing I like the most about taverns – or shall we say tavernas to make it proper? – is that, no matter how similar they might all appear, there will always be subtle differences among them.

Subject to interpretation and the all-important personal taste, one might have the best souvlaki, while another one might boast the best atmosphere. At the same time, one might be the cheapest option or it might feature the best musicians, who are often highly sought-after, as I’ve learnt in my time in Cyprus.

The point I’m trying to make is that there is no such thing as “the best taverna”. However, some of them really do get close.

I Kardia tou Manga, in Nicosia’s Pallouriotissa, is one of those unassuming little places that you never really expect to fall in love with. The place has all the features of the typical hidden gem. Off the beaten track, therefore relatively tricky to find, it doesn’t even have an entry on TripAdvisor, the modern Big Brother of food establishments.

The taverna’s name – which roughly translates to The Guy’s Heart – refers to a classic rembetiko song from the 40s by Sotiria Bellou and Stellakis Perpiniadis, whose pictures, alongside other notable Greek singers, hang on the establishment’s walls.

I visited the place a few years ago and I always wanted to return to it, which I did on a hot Sunday at the start of May, accompanied by a large group of friends, the best way to enjoy a meal at a taverna. 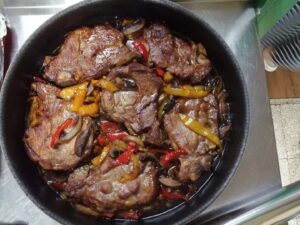 As the choice inevitably fell to the meze, I will try to be brief and focus on the most significant entries, as opposed to analysing every single dish.

The usual suspects – souvlaki, sheftalies and pastourmas – did not disappoint. The meat’s fat, and there was a lot of it, enriched the servings and made for a nice pitta dip. Flinch if you wish, but the joy of scooping up the meat juices with a piece of bread can never be beaten.

I was also very impressed by the pork stew with onions, rich and dense and yet quite delicate and balanced.

I almost always avoid the karaolous – snails in cooked in tomato sauce – at tavernas but this time the sheer aspect of the dish pushed me to give it a try. I did not regret it. No gummy texture, no earthy aftertaste. Simply delicious.

However the winning dish was the liver. I want to be upfront, I normally despise liver! It’s the only meze entry – and not all tavernas serve it – that I systematically avoid. One thing, however, always attracts me and that is its smell.

This time the aroma was so inviting and fragrant that I felt compelled to take a bite. When the fork was inches away from my mouth, a savvy friend told me to go for the dark parts of the liver instead of the leaner-looking clear ones.

Thanks to my wise friend, I now know I can also enjoy liver! Nutty, complex and wonderfully peppery, the dish was a true revelation.

Being a large group, we had to be seated inside but I would suggest to eat alfresco under the trees and among the wandering cats for the best effect.

I Kardia tou Manga will not win awards, it will never be a hot spot, nor hopefully be renovated and modernised. But do we really want tavernas to become something they just cannot be? I know my answer and I for once hope it will never change.

WHEN Wednesday to Saturday 8pm to 12am, Sunday 1pm to 6pm