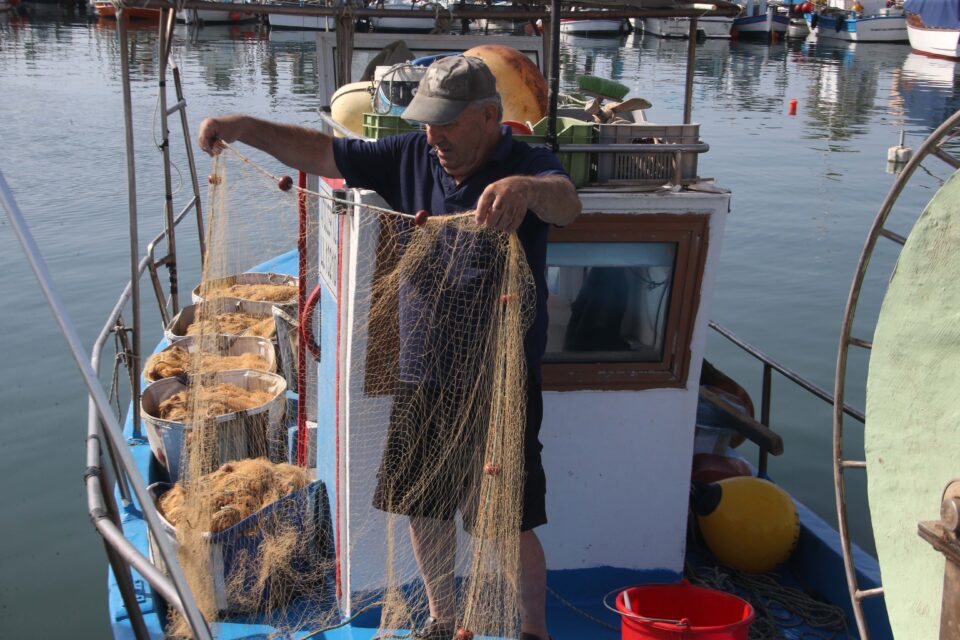 Spiraling fuel prices are the last straw for the island’s fishermen who say taking their boats out is no longer worth it financially, even as their own numbers dwindle and local fish stocks become depleted, leaving them to conclude their profession has “no future”.

“Now came the war in Ukraine, which I hope will end because it is a pity for the people there. Fuel costs, however, are going up,” chairman of the Cyprus Fishery Association Christos Charalambous said.

Fishermen continue to sound the alarm, and their numbers have dropped to around 270 today from 400 in 2016.

One man from Larnaca told the Cyprus Mail that fuel for “a boat with a small engine will cost you €20 from here (Larnaca) to Pervolia”, to then only be paid €20 for his daily catch “which is as much as the fuel costs!” Of course, he admits that the daily catch may fluctuate, but the precariousness of the situation persists.

The department of fisheries is aware of the problem and is currently trying to come up with a plan to help relieve the pressure.

“Our department is preparing a subsidy programme which will be sent to the Republic’s treasury for approval. Its guiding philosophy is to offset the cost of fuel according to one’s consumption to the pre-war levels,” a fisheries department spokesman told the Sunday Mail.

It is a welcome move for the fishermen. “There are people in our profession who can’t even pay for their car fuel to go to work. For a professional whose only job is fishing, this is a great help. Without this measure, there is no chance in surviving in this industry,” Charalambous said.

The problems compound grievances expressed by fishing professionals in Larnaca a few months ago about the damage caused to marine life and depletion of fish stock because of the long-range firing exercises conducted by the National Guard in the area between Alaminos and Pervolia.

The fisheries department too recognises the sector’s weaknesses, saying it is “fragile because the country’s fish stocks are depleted” but nevertheless maintains parts of the fleet are healthy such as those who use different methods of fishing, who yield large fish quantities and contribute considerably to the country’s GDP, and could contribute even more. At the same time, swordfish and red tuna stocks are recovering.

“Our fisheries stocks are depleted but there are structural issues that, if resolved, will lead to greater capacity for shock absorption. For example, bottom trawler fishing is incongruent with the fact that Cyprus has a narrow continental shelf, and we are currently suggesting withdrawing bottom trawlers,” the department added.

Implicit to that, is that fishing professionals operating bottom trawlers should “adjust their fleet according to the stock available.”

The depletion of fish stock across the Mediterranean Sea is a trend pointed out in the 2021 EU fisheries report. Much of the stock covered by the report is overexploited and with only very few groundfish stocks currently being sustainably exploited.

But the vagaries of the stock in Cyprus have their own peculiarities.

“Marine life is a complicated matter. There are many factors accounting for fish stock depletion, including the phenomenon of overfishing, aquatic drainage, the creation of dams, and other infrastructure projects,” the fisheries department told the Cyprus Mail.

The opening of the Suez Canal has a considerable impact on Mediterranean ecosystems, which are as a result being progressively invaded by tropical species, disrupting the local fish population, and causing destruction of fishing nets. Among the most notorious invasive species is the lagocephalus, the silver-cheeked toxic pufferfish.

“Destruction to our nets is a big deal. It costs me €300 to make a zembyla [net] like this one. We get some compensation from the European Union but that does not even cover 10 per cent of the damage,” he added.

Oman oil discoveries to boost production by up to 100,000 barrels, minister says