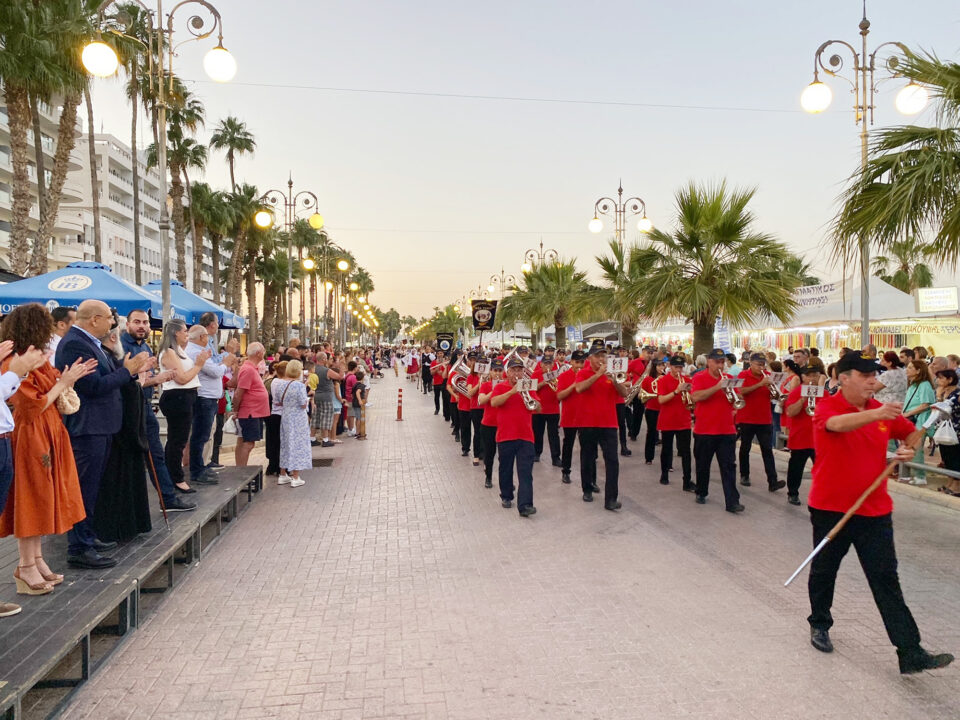 The health ministry on Saturday called on people to remain vigilant during the Kataklysmos three-day weekend in order to prevent themselves from contracting Covid-19.

The ministry said that two new variants of the virus are already causing spikes in cases in other European countries.

“We would like to remind the public that everyone should continue to observe personal protection measures (social distancing and hand hygiene), while the use of a protective mask is recommended in all busy places, especially for people in high-risk groups,” the ministry said.

Moreover, the ministry said that the BA.4 and BA.5 Omicron sub-variants have already been identified in Cyprus.

They added that the positivity rate remains stable in the general population, hovering at 2.74-3.5 per cent in the last 2 weeks.

However, they underlined that the epidemiological situation remains volatile.

Kataklysmos celebrations kicked off on Friday in Larnaca with a parade, where a number of social clubs, cultural clubs, associations and public bodies participated.

Larnaca mayor Andreas Vyras opened his address with a few comments about the Labour Minister Zeta Emilianidou who died on Monday after suffering a cerebral aneurysm last month.

“With deep sorrow and the weight of the loss of a person who actively contributed to society with responsibility and consistency, tonight marks the beginning of the Larnaca celebration of Kataklysmos,” he said.

Regarding Kataklysmos, the Larnaca mayor said that Cyprus is a remarkable place, with history, folklore, tradition, arts, and culture, with all of these intersecting to shape and cultivate people.

“This influence is transformed into a beautiful traditional celebration of culture organised by the Municipality of Larnaca, with Kataklysmos, the pre-eminent holiday of Larnaca, which, after two years of absence, returns with the splendour it deserves,” Vyras said.

“Events such as these are the link that binds us firmly to our roots and tradition,” he added.

Vyras also said that it is admirable that through the passage of so many centuries and so many different conquerors, Cyprus has managed to maintain this custom until today.

“So we have to take care of and preserve this tradition,” he said.

The mayor also said that putting the celebration in place requires a lot of effort and toil and thanked everyone who worked to put this together.

Suspect arrested after shots fired at house in Moutagiaka