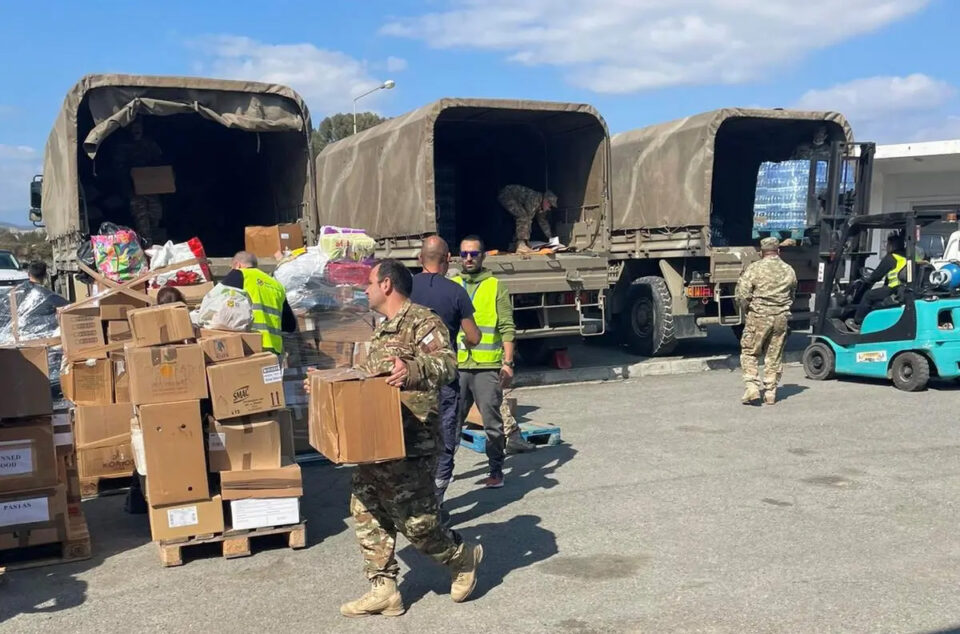 Humanitarian aid collected to be sent to Ukraine from Cyprus

For 109 days, the people of Ukraine have courageously and fiercely defended their homeland against Vladimir Putin’s unprovoked and unjust war. Even before Russia fired the first shots, the United States and European Union member states, including Cyprus, were united in their repudiation of the false pretences used to initiate the conflict and clear-eyed about the growing danger Ukraine faced. Together, we have led the way in demanding relief and justice for Ukrainians. Along with billions in security assistance, the Department of State and the US Agency for International Development have provided over $688 million of humanitarian aid. Our coordination with European Union assistance efforts is unprecedented, and our purpose resolute.

It has been moving to see the empathy, support and compassion Greek Cypriots and Turkish Cypriots have and continue to demonstrate for the people of Ukraine. When Under Secretary of State Nuland visited in April, she was touched by the expressions of solidarity so many Cypriots had left at the Love Anchor, a gift and symbol of unshakeable friendship from the City of Odesa to the people of Cyprus. So many residents of this island have themselves lived through conflict and uncertainty, and it shows in their heartfelt and overwhelming response to the needs of the displaced and those in danger.

Cyprus’ ministry of foreign affairs reported in April that its shipments of over 70 tons of medicine, food and other critically necessary humanitarian supplies for the Ukrainian people, worth in excess of €2 million, was the largest in Cypriot history. For the women, children and elderly compelled to flee, the people of Cyprus have raised funds, held concerts, attended rallies, and provided food, shelter, financial assistance, education and a safe harbour. Leaders including President of the House of Representatives Annita Demetriou travelled to Eastern Europe to visit with some of the 6 million people forced to leave their homes and their land.

Opposition to the war in Ukraine has demonstrated the strength of the transatlantic alliance, now as close as it has ever been in the last 75 years. Our governments and our people have spoken with one voice, clearly condemning Russia’s actions. We have acted together to support Ukraine and supply aid to her people. We have condemned Russia for its blatant violation of the principles that undergird international peace and security.

It is the right thing to do. As of May 31, the United Nations officially confirmed the deaths or wounding of over 9,000 Ukrainian civilians, while emphasising the actual toll is likely to be considerably higher as the rubble of kindergartens, hospitals, theatres and residential buildings is cleared.

Russia’s attempts at shaping the narrative to shift blame away from the Kremlin have failed. The overwhelming support for Ukraine from Americans, Cypriots other European partners and Allies clearly demonstrates the global community will not allow history to be rewritten.

Our simple, consolidated message to Russia’s military and political leadership and its military rank and file is this: the world is watching, you will be held accountable. We will continue to supply Ukraine the equipment that it needs to defend itself, and we will continue to provide humanitarian assistance for those affected by the Kremlin’s senseless war.

I am grateful for the shared values and common ideals we uphold together with Cyprus. We are united. We refuse to turn our backs on the suffering in Eastern Europe. It could not be clearer that Cyprus’ ideals, values and future lie with its strong, and ever-strengthening ties to the West, as it supports basic human rights, personal liberty, the right of the press and individual citizens to express their opinions, the right to live free from want and fear. Cypriot-American relations are as strong as they have ever been, and I believe they will continue to grow ever stronger.

Judith G. Garber is the US Ambassador to Cyprus

Sri Lanka crisis should be seen as a cautionary tale