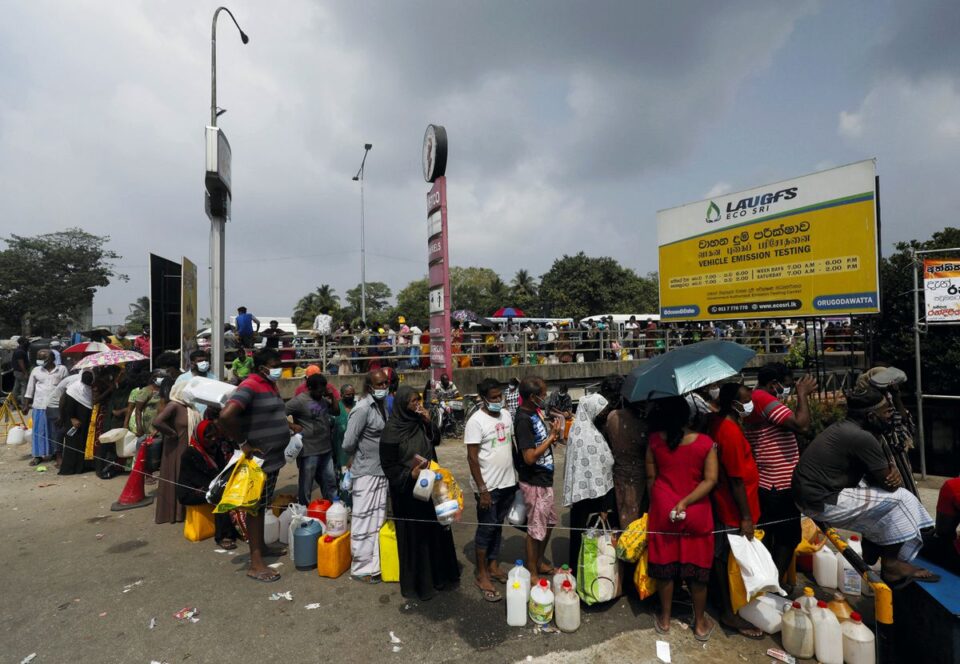 With the focus on the war in Ukraine, the public often overlooks other crises, especially in regions whose impact on global food supplies and energy security is limited. One such case relates to the economy of Sri Lanka, which currently has almost zero foreign exchange reserves, severely depleted petrol stocks and extremely low supplies of medicine and food.

Although the causes of the crisis are complex, the primary reason emanates from the economic mismanagement and corruption associated with the reigning family of the Rajapaksa brothers. Since 2004, when Mahinda Rajapaksa was elected Prime Minister, the government has shown favouritism to members of the business community with certain political affiliations, ignoring the adverse long-term consequences and contributing to the creation of costly infrastructure projects of questionable usefulness.

At the same time, the government’s ability to collect taxes has been suboptimal at best. Despite the consequent depletion of state funds, the authorities focused on populist measures which did not contribute to economic growth. A case in point is the efforts aimed at agricultural reform, which eventually led to a food-related crisis.

The unorthodox economic policy led to a rapid increase in public debt, culminating, during the period 2015-2019, in the use of 90 per cent of new debt for the repayment of interest due on previous loans. Nevertheless, despite the evolving economic deadlock, Sri Lanka continued to be supported by willing lenders (China, India, Japan), which effectively fuelled public debt levels, reaching 120 per cent of GDP.

The pandemic was the last straw, causing the scales to tip: with the collapse of tourism, the government launched sweeping tax cuts, further undermining its own revenues. On April 12, with total sovereign debt exceeding $51 billion, the government suspended repayment of its debt obligations to foreign creditors. Amid growing warnings and street-wide protests, the government finally approached the IMF.

With high levels of unemployment and an inflation level hovering around 30 per cent, the next steps will be difficult. Evidently, in countries with a history of mismanagement of foreign financial assistance, the IMF will have to ensure that government spending is channelled in a transparent and accountable manner.

In the long run, Sri Lanka is likely to request debt restructuring. In addition to suspending repayments, creditors should expect total debt reductions combined with a realistic financial restructuring plan.

The Sri Lankan example highlights the risk of similar crises in other developing countries as well as the need for timely remedial action, including generous debt restructuring, to avoid the worst outcome.

It is further noted that, as of today, 14 developing economies have debt yields above 1,000 basis points relative to US bonds, which is considered the threshold for troubled bonds. The challenges, therefore, are not limited to Sri Lanka, and the UN has already warned that around 1.7 billion people globally are at serious risk of food, fuel and financial insecurity.

Our shared values shine in our support for Ukraine