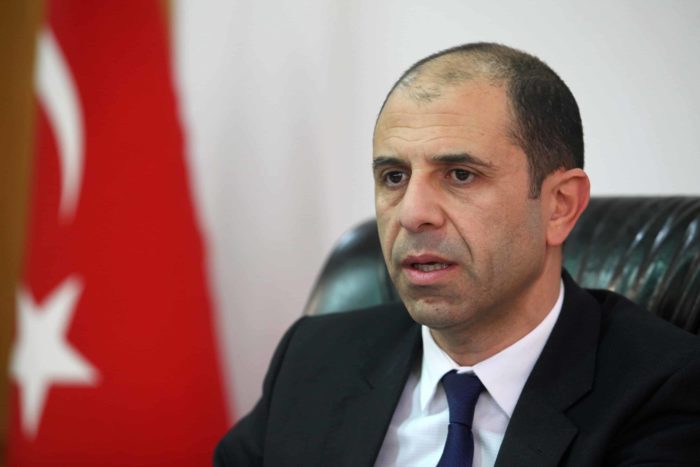 Turkish Cypriot leader Ersin Tatar’s much-trumpeted proposals for cooperation may have caused a row in north, but had still not been received by the Cyprus government on Monday.

In a written statement on Sunday, Ozersay said that both sides, without expecting a comprehensive solution to the Cyprus problem, should sit down in this period of economic difficulties, put their proposals on the table, discuss them and find a common ground. In a swipe at Tatar, he said common ground should be the objective and not the upgrading of their status.

He expressed hope his proposals “will not be wasted, as happened with the fenced-off area of Varosha,”. Ozersay, who was the first to call for the reopening of the fenced-off area, had quit his post as ‘deputy prime minister’ when Tatar allegedly stole his thunder and went behind his back to announce the decision.

Tatar’s proposals, the existence of which was announced some time ago, were handed over to the Assistant Secretary-General for Europe, Central Asia and Americas in the United Nations Department of Political Affairs Miroslav Jenca during a meeting on Friday.

Tatar presented his proposals for “the future cooperation of two states” under four pillars, and said he would submit two more, one on demining and one on immigration.

Tatar noted that the first of his proposals concerned shared hydrocarbon exploration, second an electricity interconnector with the EU through Turkey, third, joint solar energy projects and fourth, shared use of the island’s water resources.

“I expressed my readiness to pursue this, while maintaining our sovereign rights, equality and equal international status. I also asked the UN Secretary General to encourage Mr Anastasiades to consider our proposals in good faith,” said Tatar. “Now the ball is on the Greek side.”

Responding, Anastasiades said that nothing had been discussed along these lines during his meeting with Jenča. He had not seen the proposals and would not comment further until he had, he said.

Greek Cypriot negotiator Menelaos Menelaou said on Monday that the government had not yet received Tatar’s proposals.

Cyprus News Agency, later on Monday, attributed this delay to information that Tatar had asked that his proposals were delivered first to UN Secretary-General Antonio Guterres and then the Cyprus government.

Jenca had told Anastasiades that following the instructions of the UNSG he was undertaking a fact-finding mission to explore how to establish the necessary conditions for the resumption of talks based.

This task, would be assigned to a member of the UN secretariat, said government spokesman Marios Pelekanos on Monday, and announcement was expected in the next few days.