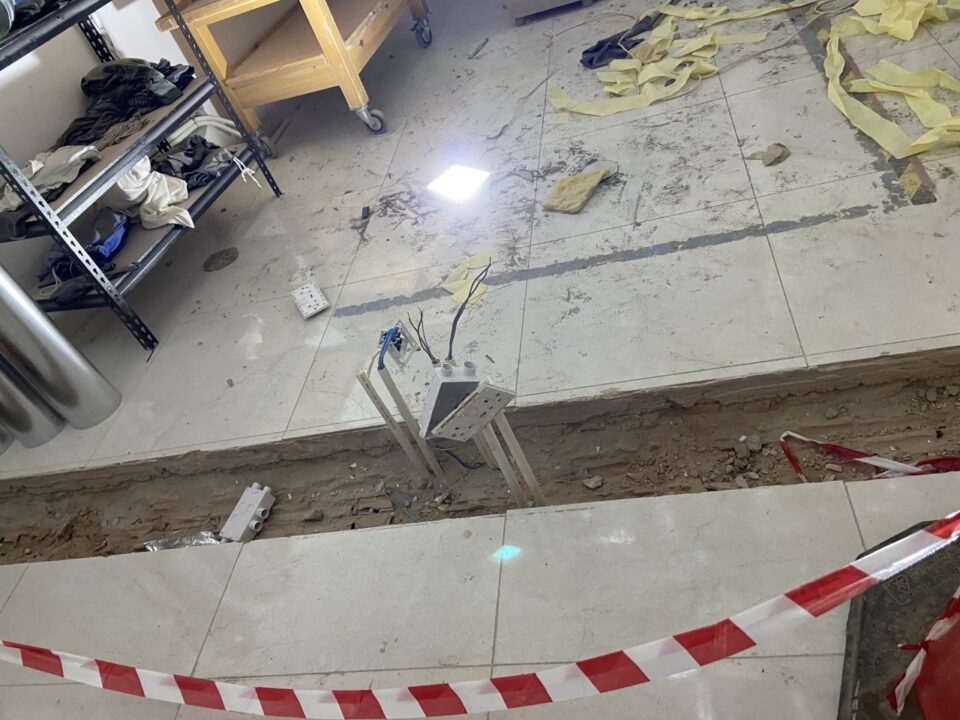 Part of the renovation works

Fun in the sun, but make sure to read the terms and conditions: tourists who travel to Cyprus and test positive for Covid-19 are still required to self-isolate for seven days – and cannot do so in their hotel.

That means potentially missing pricey flights which may have to be rebooked, but an added complication is that tourists can’t isolate at their already paid for hotels – they must either go to a state centre or book a new, isolated place.

That’s exactly what Eilish O’Gorman and her daughter Bronagh faced when they visited the island in early July.

The seven-day isolation period meant that they missed their flights, with the extra flight costing them €798.

There’s a twist, too: you can also choose to isolate in a private home – most unlikely for tourists – or an apartment rental, at your own expense.

For some, those who can afford the unforeseen cost, the comfort may be worth it – O’Gorman described the state quarantine centre as an “absolute hell hole”.

During her stay, the centre was undergoing renovation; meaning that the “room smelled of bad drains and construction noise [was] a constant feature”. One night, she told us, the air conditioning cut out during 30C heat. 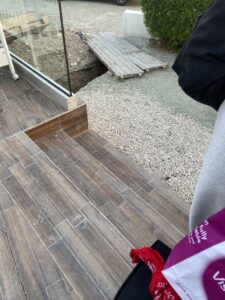 “Reception was closed and there is absolutely no contact information here for anyone overnight,” she said.

“I eventually tried the medical emergency button marked with a red cross on the phone to try and get an alternative contact but that was also ringing out,” O’Gorman explained. “What if I or my daughter had deteriorated overnight and needed medical assistance?”

The whole ordeal left a bitter taste in her mouth, as O’Gorman said: “This was our second visit to Cyprus but I would never go back after this.”

The Cyprus Mail contacted the Eden Resort Wellness Rehabilitation Centre, near Larnaca, where she stayed – they told us that they informed of and apologised to each visitor for the works. A member of staff told us that no one is forced to stay there, either, as other options are available: renting out private accommodation.

They also told us that they do their absolute best to assist those who are facing a challenging situation.

And O’Gorman did emphasise that there was a very friendly member of staff who was “extremely pleasant and sympathetic but she was incredibly busy all of the time”.

But how did O’Gorman get into this situation, and might there be a way to avoid it?

There are two main ways of getting tested: being administered a rapid test by the pharmacist or buying some self-tests, again from the pharmacy.

But there’s a catch: the first option entails handing over your passport details and mobile phone number, meaning that you’re in the system. If the test returns positive you’ll likely receive instructions from the health ministry to isolate.

The other option, however, means taking the self-test at home – so who would know if you’re positive? Many would act accordingly and isolate, but others have been known to be less observing of the rules.

To be sure, the health ministry told the Cyprus Mail that for July (as of July 27, when we received the answers) there were 138 people who isolated at the quarantine hotel. That figure may also include some locals, who are eligible to isolate there – if they have no other options.

“For the past week 36 tourists have been hosted in the quarantine hotel,” the ministry said. 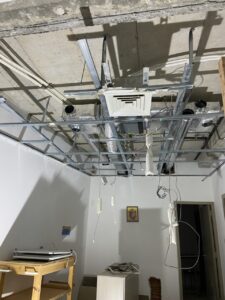 But that’s just a tiny fraction of the overall arrivals, and those likely testing positive during their visit.

With the shifting sands of the ever-changing restrictions and the stop-start nature of the pandemic’s waves, many locals are confused as to what measures are in place – let alone visitors.

The Cyprus tourism portal, VisitCyprus, does offer an infosheet for visitors – but before one clicks further we are told that: “From 18th April ’22, Cyprus no longer requires the completion of passenger locator forms (Cyprus Flight Pass) for entry into the country. Moreover, it removes country-categorisation and most travel-related Covid protocols.”

But upon further reading, at question 11, you will get to the part which states: “The duration of isolation for positive cases is seven days from the date of testing positive and they are then released without the need to test negative.”

In an answer to question 10 it is stated: “The government will transfer these persons to designated facilities.”

That might all come as surprise to travellers from countries such as the UK – where people with Covid are no longer legally required to self-isolate. There is, however, guidance to try and stay at home for five days after having taken the test.

Even some well-placed officials we spoke to were unaware of the quarantine centre still being in operation.

The Cyprus Mail contacted the health ministry for comment on O’Gorman’s experience at the centre.

They told us that: “We understand that it’s difficult for a tourist that has already booked a hotel of his/her choice, to move to a place that most probably needs to share the room with someone else, however, we tried our best to facilitate their accommodation to be as comfortable as possible in order to control the pandemic of Covid-19.

“Nevertheless, we must underline that every tourist that want[s] to travel to [the] Cyprus [R]epublic read and agreed to the terms of Cyprus Flight Pass, that has all the details if someone tested positive.”

Some might be surprised at that reply, as the tourism portal states that the Cyprus Flight Pass was scrapped from April 18.

“No, I never heard of a Cyprus flight pass.  I just googled it now and visitcyprus.com says that it’s no longer required from the 18th April 2022.  We arrived in Cyprus on the 20th of June,” O’Gorman told us.

“I wasn’t informed but I booked flights and accommodation separately. I did not use a travel agent.”

We contacted the deputy tourism ministry for comment – they said that the health ministry is best placed to answer such questions.

Notably, the seven-day isolation period can be reduced – at a cost.

“The duration of isolation can be reduced further if a traveler tests negative for coronavirus on the fifth day after testing positive (test should be PCR and the cost borne by the individual),” the protocol reads.

O’Gorman told us that she was charged €50 each for ‘Standard Testing’ or €100 each for ‘Express Testing’, when in fact it seemed widely advertised for €25 elsewhere.

Our View: Speaking out now about lost opportunities is too late