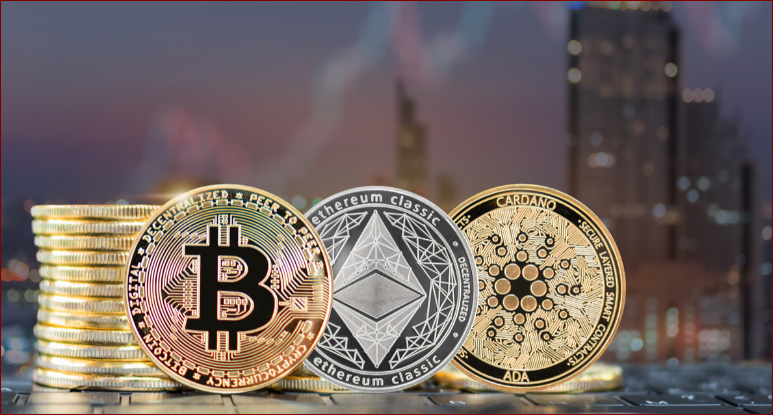 It’s no secret that the world of cryptocurrency is growing at an impressive rate. With more and more people investing in digital assets, it’s only natural that some of the more prominent names in the space will start to see some serious competition. Uniglo (GLO), Fantom (FTM), and Tron (TRX) are three altcoins that could potentially overtake Bitcoin (BTC), Ethereum (ETH), and Cardano (ADA) in the near future. Here’s a closer look at each coin and why they could be the next big thing in cryptocurrency.

Everyone agrees Bitcoin is the world’s largest and most successful cryptocurrency. However, the main drive of BTC’s success was its pioneering in the industry, and as time passes, tons of innovative and more accessible crypto projects are starting to trend among investors. One such project is Uniglo (GLO), a fully asset-backed social currency that aims to transform the DeFi business and introduce a hyper-deflationary, volatility-resistant cryptocurrency.

The idea of Uniglo is to construct a digital vault to store leading cryptocurrencies, non-fungible tokens, and tangible valuables and to support the value of its native currency, $GLO. The GLO vault is subsidized by a transaction fee. 5% of each transaction will be allocated to the acquisition of additional assets for the community vault.

However, that is not sufficient. Uniglo wants to implement two different burning methods to achieve its objectives to the greatest extent possible. One would automatically burn 2% of all $GLO tokens exchanged, while the other would burn repurchased $GLO tokens.

Uniglo’s solid fundamentals and objectives appear to be a natural response to the current market turmoil. Bitcoin was once considered a hedge against inflation, but the recent crypto winter has disproven this notion, with the BTC price bottoming at roughly $20,000. This is where Uniglo gets inspiration – to give investors confidence and a sense of stability and motivate them not to give up on the crypto industry yet.

Fantom (FTM) is the newest smart contract blockchain platform that aims to compete with Ethereum by combining speed and low transaction fees.

The success of Fantom is best appreciated in light of the so-called L1 wars. Ethereum is now slow and expensive to use and will remain so until protocol changes are deployed, which could take a while.

Thus, to cut it short, investors and dApp developers see Fantom as a logical alternative to Ethereum’s expensive and slow operations.

Tron is becoming a rival to payment processors such as PayPal due to its ability to facilitate content sharing on key domains such as Facebook and YouTube. Tron is making news for investing in purpose-driven cryptocurrencies by competing with Google Play and Apple, which offer the same service at a higher price. Consequently, as the majority of sectors shift to the digital realm, Tron’s use case is projected to rise substantially and surpass Cardano (ADA).

Undoubtedly, BTC, ETH, and ADA will continue to dominate the market. However, as time passes, investors are always keen to embrace more innovative and accessible crypto solutions. Though it might not seem realistic in the short term, fundamental analysts of GLO, FTM, and TRX predict them to be the upcoming largest players in the crypto industry.