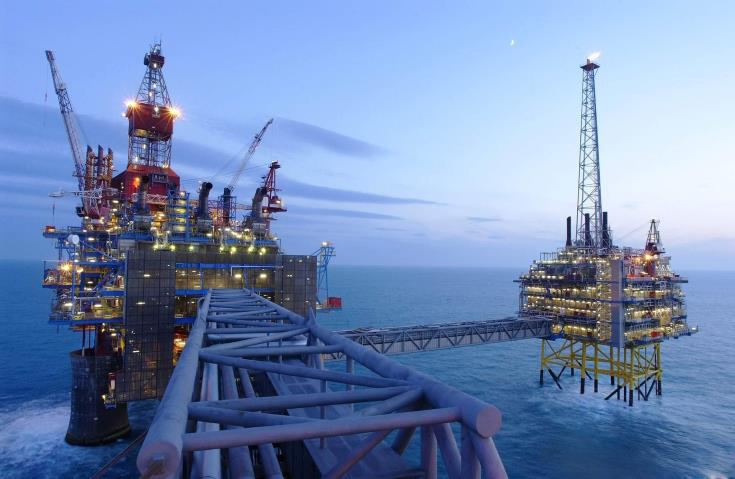 The news this week that the energy ministers of Cyprus and Israel agreed to a roadmap for future negotiations on how to resolve the long-standing dispute on how to share the Aphrodite gasfield that Israel claims extends into the adjacent Ishai block. This is long-overdue and is a welcome development. The two ministers have made significant progress on the principles of a unitization agreement and the terms for an expert to be appointed to advise on the Ishai share.

Teams from the two sides will continue the discussions “over the coming weeks,” but no firm timetable was given. However, with terms still to be agreed, an expert to be appointed, review the geological, survey and all drilling data and make recommendations for the two sides to agree, this will take months.

It is, of course, assumed that the concession holders of the Aphrodite gasfield, and the Ishai block on the Israeli side, have been consulted and have agreed to accept the outcome of this process, and that they are not merely being “encouraged to continue their own dialogue,” as Mrs Pilidou stated.

The question that could be asked is why was this not offered as a solution earlier. But it is good to note that sense has prevailed and, despite the vague timetable, we can now see a path to agreement, removing an unnecessary thorn from the otherwise close relationship between Cyprus and Israel.

In her statement Mrs Pilidou said that “Cyprus and Israel share a common vision of fully exploiting the potential of the natural gas reserves of the East Med, thus diversifying the sources and routes of energy to Europe.”

But apart from the recently signed MoU between EU-Egypt-Israel, covering the period to 2030, and involving relatively small amounts of LNG exports, 5-7bcm, is Europe really looking to the East Med for additional gas supplies? That appears to be a challenge.

If anything, the EU is ready to update its climate target to tackle global warming. Not only it is not changing its tune as a result of the energy crisis, but it still plans to continue phasing-out gas as we approach 2030 and beyond. It is even considering increasing its target to cut net emissions by 55 per cent by 2030. Further, the European Parliament voted on 14 September in favour of a 45 per cent target for renewable energy in the EU’s energy mix by 2030. Such targets require acceleration of energy transition and rapid phasing-out of fossil fuels.

In effect, Russia’s ‘weaponisation’ of gas is spurring EU to accelerate its clean energy push to ensure security of energy supplies – the EU says it aims to “drastically accelerate its clean energy transition.” And it is reluctant to commit to the long-term LNG deals demanded by producers and traders. Equally, European LNG buyers are unsure of the overall level of demand for gas in Europe ten or more years from now and are reluctant to make such long-term commitments.

It remains to be seen whether Europe’s plans are feasible, but right now this is the direction of travel within the EU – and it does not support new, longer-term, gas imports beyond 2030.

Europe’s move away from natural gas was re-confirmed last week by the European Investment Bank (EIB). It reiterated that it will not fund any gas projects in spite of intense pressure to reclassify gas as a transition fuel, saying “We as a European public institution should not invest in assets that one day will be seen as stranded assets.” EIB’s president, Werner Hoyer, declared last year that “gas is over.”

There is of course increasing demand for natural gas in Asian markets well into the future. East Med gas exports may eventually benefit from this demand, but in the current turmoil in global gas markets as a result of the Russia-Ukraine war, it remains to be seen how this develops. Already Russia is diverting LNG exports to Asia and progressing new gas pipelines to China.

This is another area where there is welcome progress. The concession holders, led by Chevron, approved a $192 million investment to drill a second appraisal well at the Aphrodite gasfield, planned for the first half of 2023 – that can later be used for production. This also includes pre-front-end engineering design (pre-FEED) that will narrow down the development options. These include a subsea pipeline from Aphrodite directly to Egypt or to be connected to a pipeline from Israel’s Leviathan gasfield to Egypt.

In an interview earlier this week, Mrs Pilidou said that based on the development plan agreed in 2019, exports should start by 2027. But this remains to be reconfirmed by Chevron following completion of the pre-FEED studies.

When asked about challenges posed by Turkey, she said “we cannot rule out the possibility of Turkey proceeding to new provocative and illegal actions. It will have to finally understand that avoiding conflicts will only be beneficial.”

Cyprus’ foreign minister, Ioannis Kasoulides, was more forthright regarding the very narrow window of opportunity for East Med gas, at a meeting with US under-secretary of state, Victoria Nuland, on 21 September in New York. He said “the companies must act soon…to transport natural gas in the form of LNG, most likely through the two terminals in Egypt, to Europe, which needs it, because we are not talking about long-term solutions, but for a very short-term”.

But what is Chevron’s and its partners’ position, that after-all are responsible for developing Aphrodite and providing the necessary investment. Some insight into this was given by Chevron’s vice president for midstream, Colin Parfitt, in an interview with S&P Global Commodity Insights earlier this month.

He said that Chevron is looking at several options for monetizing its East Med gas resources in the form of LNG, adding that “Taking Israeli gas through LNG plants that are already built to get your gas to market seems sensible.” He expects that “LNG demand in Europe will remain robust” but only “in the near-future.”

He also said that Chevron is considering the potential for a floating LNG liquefaction option at Leviathan. But, he said, “with LNG the response time is long, as it takes time for new projects to reach final investment decision and then be developed.” In other words, Chevron sees the “East Med as a growth opportunity,” but is proceeding cautiously.

The progress made so far by the two energy ministers is undoubtedly going in the right direction, and hopefully negotiations will be expedited. But Cyprus needs to be patient when it comes to expectations for exploitation of its gasfields.