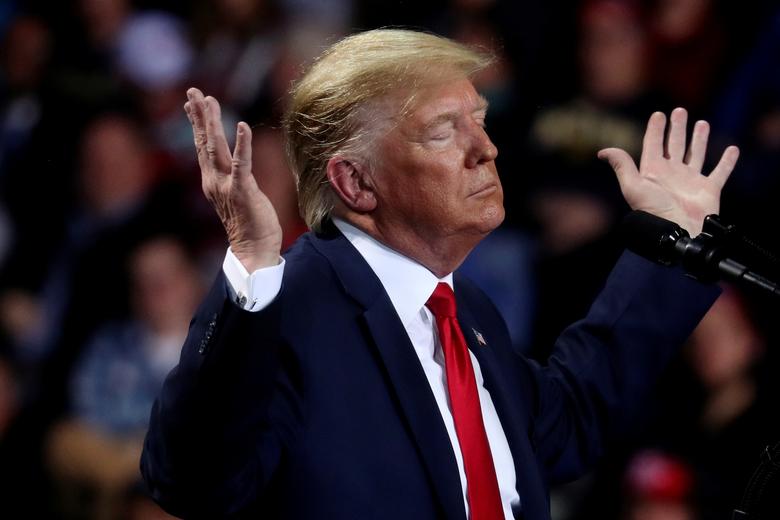 The midterm elections in the United States on Nov. 8 will determine whether Republicans or Democrats control each house of Congress, and the results will have a profound impact on the next two years of President Joe Biden’s White House tenure.

Here’s what could happen next for his administration:

This best-case scenario for the Democrats was always considered a long shot, and forecasters like FiveThirtyEight say there’s now just about a one-in-five chance of Democrats keeping the House of Representatives. Biden promised to codify abortion rights and pass an assault weapons ban if his party kept control of Congress, and he would likely double down on plans to fund child care and community college and revamp immigration.

However, the first two years of Biden’s presidency proved one-party control of Congress and the White House does not mean the president gets what he wants. Votes on non-budget issues like abortion and immigration would still likely need 60 Senate votes to pass the ‘filibuster’ rule, and Democrats are divided on funding social programs.

This scenario would hobble Biden’s presidency by ushering in a flood of House-led investigations, and likely prevent the passage of any big new spending bills, which the House can block with a simple majority.

When one political party takes control of a majority of the House’s 435 seats, lawmakers from that party become heads of House committees, and set their agenda.

House Republicans likely to head committees on everything from homeland security to the judiciary have already said they plan to investigate Biden cabinet members and Covid-19 funds; others want to take aim at his son Hunter’s overseas work and the FBI’s investigation of former President Donald Trump.

The House can start impeachment proceedings, and some Republicans have said they’d like to impeach Biden, though the “treason, bribery, or other high crimes and misdemeanors” he would be charged with are unclear. Any impeachment would then progress to a trial in the Senate, where a Democratic majority is likely to shut it down.

Republicans have also pledged to flex their new muscles in the House by proposing spending cuts to Biden priorities such as multibillion dollars’ worth of military aid to Ukraine or environmental initiatives. They would likely use the threat of partial government agency shutdowns or refuse to raise the debt ceiling if a Democratic-led Senate spurns their initiatives.

The first shots could be fired early in the 118th Congress that begins Jan. 3 over funding the government for the remainder of the fiscal year, or through Sept. 30.

A more heated fiscal battle comes later in 2023 when the US Treasury Department is expected to breach its $31.4 trillion borrowing limit. If a debt limit increase is not enacted by Congress in a timely way, Washington would descend into an historic default that could send global financial markets and economies reeling.

Retaining their hair-thin control of the Senate would give Democrats the power to keep appointing judges at a rapid clip and curb House Republicans’ ability to roll back Biden’s agenda and pursue their own. The Senate Majority Leader, picked from the party that holds a majority of the Senate’s 100 seats, decides what the chamber votes on, or never considers.

Democrats lose the House and Senate:

The worst-case scenario for Biden and his party would likely see his agenda completely frozen for the next two years, a Republican focus on unwinding legislation passed during his first two years and maybe an impeachment trial.

Republicans likely would push hard for deep domestic spending cuts and making some tax cuts from the 2017 tax bill set to expire at the end of 2025 permanent. Some have suggested “reforming” the gigantic Social Security programme for retirees and Medicare health insurance for the elderly and disabled

Tempering those efforts, Biden will have the power of the presidential veto to block legislation and attempts to roll back his agenda. Bills that pass Congress go to the US president to sign into law, and he has already pledged to use the veto, including on any bill that makes abortion illegal nationwide.

Overriding his veto takes a two-thirds majority in the House and the Senate, and Republicans are unlikely to have a big enough majority to make that happen.

Republicans are not expected to win enough Senate seats on Nov. 8 to overcome the 60-vote filibuster, making bills on abortion or immigration hard to pass in the first place.

However, Republicans could employ a special “reconciliation” procedure for tax and budget-related measures that both parties have used to advance their agendas in the deeply divided Congress.

Whether a House Biden impeachment process proceeds to a Senate trial would rest on the shoulders of the Senate Majority Leader, likely to be Kentucky’s Mitch McConnell. McConnell has already pledged to block any Biden Supreme Court pick in 2024 if he’s in charge.