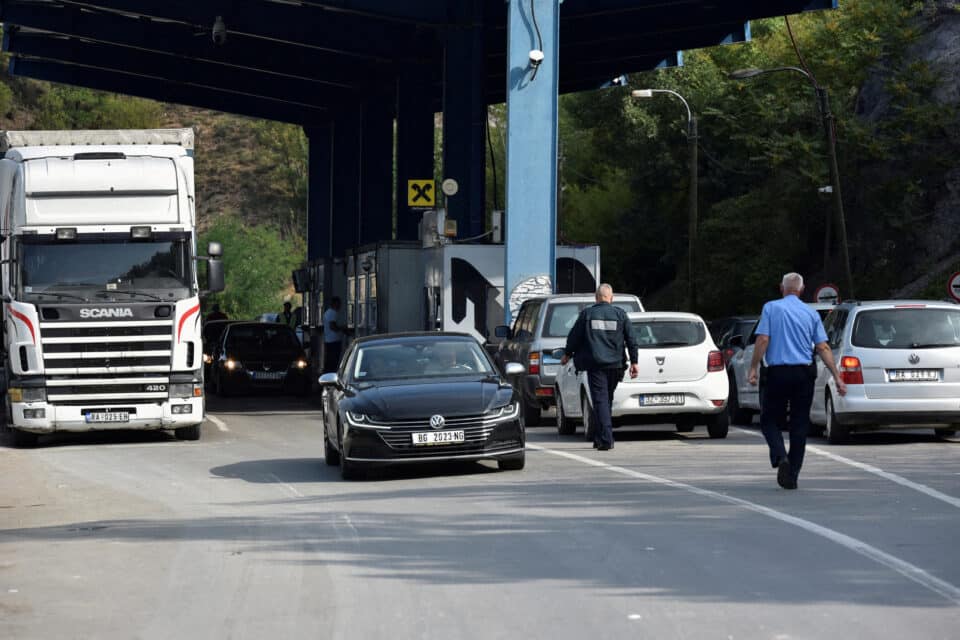 FILE PHOTO: A general view of the border crossing between Kosovo and Serbia in Jarinje, Kosovo, September 1, 2022. REUTERS/Laura Hasani/File Photo

Kosovo and Serbia reached a deal to end a nearly two-year dispute over car licence plates in northern Kosovo, which the West had warned could trigger ethnic violence, the European Union’s foreign policy chief said.

“We have a deal,” Josep Borrell posted on Twitter after the agreement was reached in Brussels under EU mediation.

“Very pleased to announce that chief negotiators of Kosovo and Serbia under EU-facilitation have agreed on measures to avoid further escalation and to fully concentrate on the proposal on normalisation of their relations.”

Kosovo had planned to start issuing fines from Thursday to some 10,000 Serb drivers who continue to use Serbian-issued car licence plates.

A previous attempt on Monday failed when Kosovo’s Prime Minister Albin Kurti and Serbian President Aleksandar Vucic could not reach a deal and Kosovo was forced to delay the start of fining the drivers for 48 hours after a U.S. request.

Borrell said he will invite both parties in the coming days to discuss an EU proposal, supported also by France and Germany, that will allow the foes to normalise relations.

Kosovo has attempted this year to require its Serb minority to change their old car plates that date before 1999 when Kosovo was still part of Serbia. Serbs in the northern part of the country have resisted, sometimes violently.

Around 50,000 ethnic Serbs who live there refuse to recognise Pristina’s authority and still consider themselves a part of Serbia.

“Their support for the dialog process between Kosovo and Serbia is indispensable. Kosovo is grateful,” Osmani wrote on Twitter.

The United States welcomed the agreement and urged Kosovo and Serbia to work on normalizing relations.

“The two parties took a giant step forward today, with EU facilitation, towards assuring peace and stability throughout the region,” State Department spokesperson Ned Price said in a statement.

As a sign of disobedience over the car plates issue, close to 600 police officers from the Serb minority, followed by judges, prosecutors, and other state workers quit their jobs this month.

It remained unclear whether they will be allowed to return to their jobs or if new people will be hired.

In 2013, Kosovo and Serbia committed to an EU-sponsored dialog to resolve all remaining issues between them, but little progress has been made.

Kosovo’s 2008 declaration of independence is recognised by around 110 countries but not by Serbia, Russia, China and five EU member states.

NATO still has some 3,700 peacekeepers on the ground to maintain the fragile peace.

Cyprus can profit from past mining activity

South Korea sweat on Son ahead of opener with wildcards Uruguay