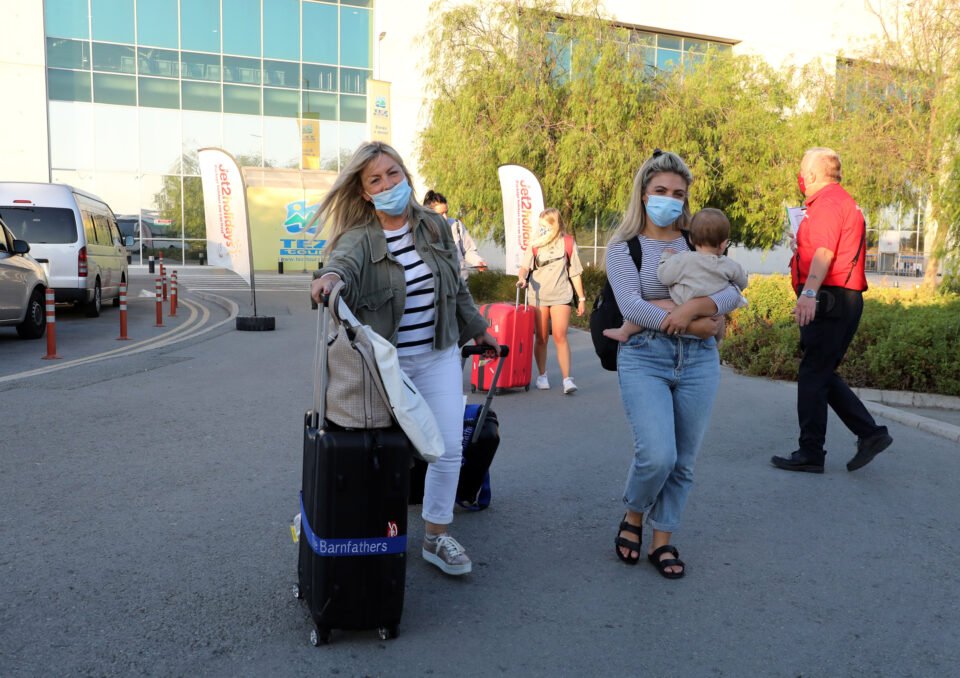 Cyprus’ tourism industry remains in the dark after Britain – its biggest tourist market – announced on Monday that it has postponed a decision as to whether international travel can resume after May 17.

It was widely expected that a traffic-light travel system was to be announced by UK Prime Minister Boris Johnson on Monday evening, but the question as to how and when international travel will restart remained unanswered.

“Obviously we are hopeful that we can get going from May 17th, but I do not wish to give hostages to fortune or to underestimate the difficulties that we are seeing in some of the destination countries that people might want to go to,” Johnson told a news conference.

Britain plans to use a traffic-light risk system for countries once non-essential international travel resumes, but the government said it was too early to say which countries could be given the green light that would only require coronavirus tests before and after travel.

Countries that could fit on the green list include Portugal, Malta, Israel, the United Arab Emirates and the United States.

It was clear last week that Cyprus had no hope of being put on the green list, but the British government’s delay in announcing a start date for international travel has only added to a growing sense of pessimism for the many businesses linked to tourists such as bars and restaurants which have opted to remain closed until the arrival of international tourists – most notably Britons.

The lack of clarity disappointed travel companies which said the sector was teetering on the brink of collapse.

Noel Josephides, chairman of travel group Sunvil, a travel agency specialising in travel to Cyprus, Greece and other European destinations, said on Monday that the industry would need weeks of notice to reopen hotels and resume flight routes.

“It is not possible to launch a tour operation with one or two weeks’ notice,” he said.

But Lakis Avraamides, president of the marketing department for the hotel association, is trying to remain positive: “The fact that a decision has been postponed means that the worst-case scenario has not yet happened, which would be the continued ban on travel.”

Avraamides told the Cyprus Mail that if a ban on travel from Britain to Cyprus is not announced in the future there will be serious repercussions.

Britain’s main concern in terms of allowing European travel is the patchy vaccination programmes in many EU countries.

Cyprus is urgently trying to ramp up vaccinations. The Health Minister Constantinos Ioannou said on Monday that Cyprus will soon receive 60,000 vaccine doses which should enable those aged 57 and 58 to book vaccine appointments from Friday or Saturday.

With the shipment due to arrive in the next few days, the vaccination portal for those aged 61 and older will open on Wednesday while depending on demand, those aged 57 and 58 will be able to book vaccine appointments from Friday or Saturday, he said.

Britain has long been the strongest market and source of tourists for Cyprus, as seen in 2018 when Britons made up 30 per cent of the 3,938,625 visitors for that year.

For its part, Cyprus updated its own travel related traffic-light system on Monday in which the United Kingdom remains in the ‘red’ – meaning that passengers must present a negative PCR test not older than 72 hours and take another test upon arrival in Cyprus.

They must also remain in self-isolation until their test results are ready while the test costs are borne by the passengers.

The dampening of expectations is a far cry from last month when Cyprus announced it would allow vaccinated Britons entry to the country from May 1 without restrictions, such as diagnostic tests and quarantine.

Late last month, cracks began to show in the confidence expressed earlier by the tourism industry which had the expectation that the island could see British holidaymakers bring a “wall of money”.

The Paphos Hoteliers Association had expressed its “intense concern” over report after report coming out of the UK that Brits may not be allowed to travel for leisure for several more months, along with the response by big UK players such as TUI, which announced that it was scaling back on summer capacity.

Our View: Rolling back on early retirement penalty the height of irresponsibility