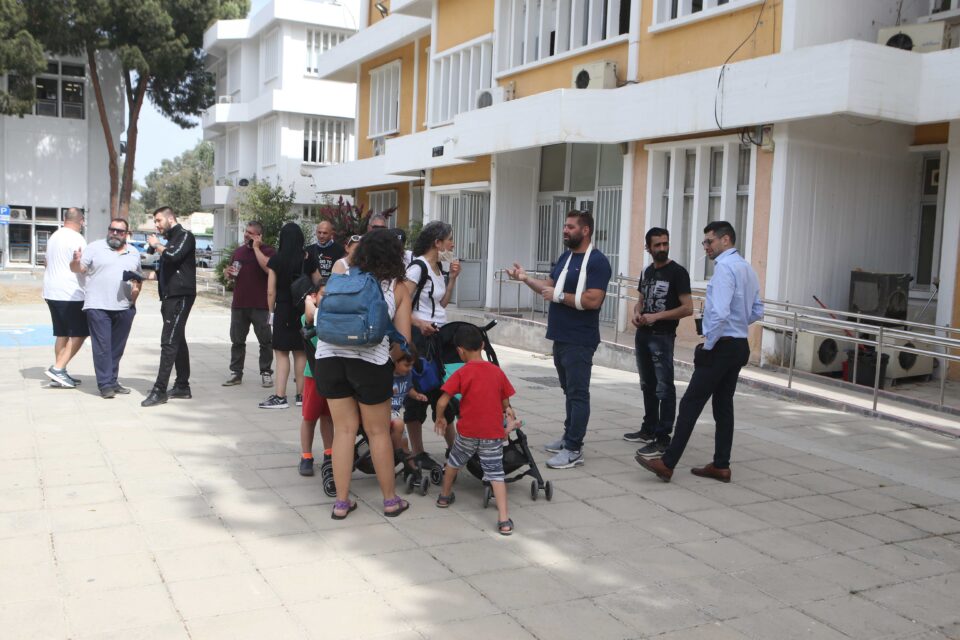 A joint lawsuit, by 67 parents against the state, which challenges the requirement on school children to undergo mandatory tests and face masks was heard in court on Tuesday.

The hearing took a strange turn however, as lead lawyer Yiannos Georgiades explained to the Cyprus Mail that the Republic’s lawyer told the court that the mandatory testing decree had been cancelled.

The conclusion, therefore, appears to be that if – hypothetically – schools were to open on Wednesday, students could turn up without having taken a rapid test; and consequently, exams too.

“But this was said orally in court, it has not been officially published or produced in writing – so unless there is a court order I cannot rely on that, because they could just issue a new mask requirement,” Georgiades told us.

“So, in our application we request the general order of the cancelling or forbidding the minister of health making the rapid test requirement.”

For some, the decrees have proved excessive and infringing on personal freedoms. For others however, the decrees are viewed as necessary and a basic tool in which to combat the spread of the coronavirus.

The lawsuit, filed by the Georgiades & Associates law firm, is set to play out in the courts for a while yet as the Republic’s lawyer requested at least three weeks from the judge to prepare a response – but in the end was given nine days, with the next session in court due for May 17.

Currently representing 67 parents and 88 children, Georgiades has previously laid out his arguments and reasoning in regards to the constitutionality of the restrictive measures.

Georgiades noted that no one is above the law, and that includes the executive branch.

Germany cancels Oktoberfest for second consecutive year due to pandemic