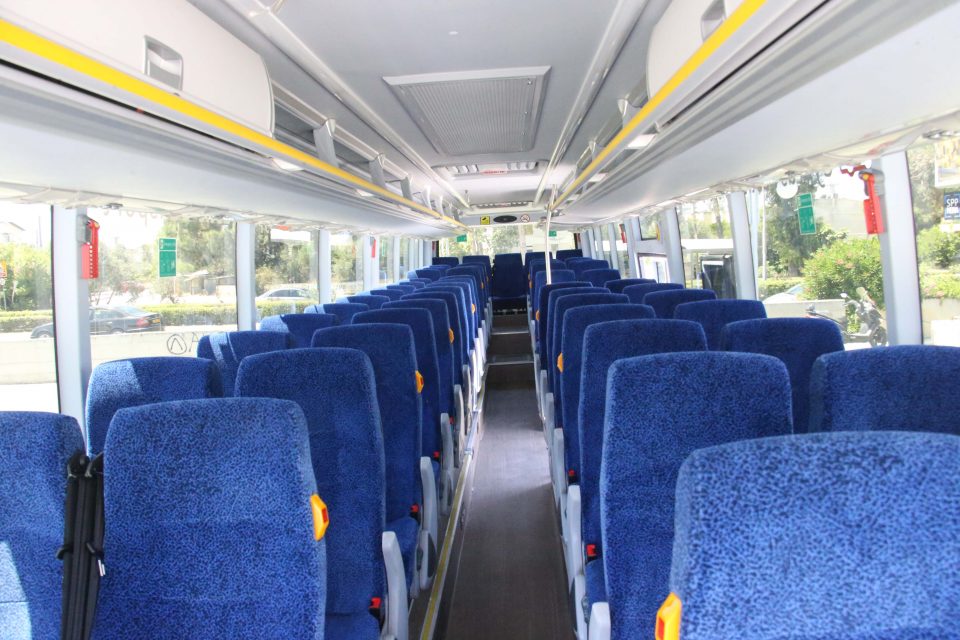 Tourists will have to possess the relevant accreditation from the Cyprus Flight Pass.

In addition the number of people allowed on a bus will only be 50 per cent of capacity, except for those that have received special permission from the government to operate otherwise.

All people over the age of 18 will have to have the safepass, while those using the bus aged between 12 and 17 will have to have undergone a weekly rapid test. School buses will be allowed to operate at 100 per cent capacity.

Taxis can operate at 100 per cent of the number of passengers they are licenced for except no-one is allowed to sit as a front seat passenger.

Where the bus driver does not have a screen around him the front seats must remain empty.

Passengers are asked not to crowd when getting on or off the bus, at the entrance to which there must be hand sanitiser.

Buses must be cleaned and desanitised often, both at the end of the day and during operating hours, at least once every four circuits.

At the end of each route and all breaks, the bus doors must remain open.

Buses that are also used for school runs must be disinfected before and after taking children to school.

Schoolchildren are recommended to sit in the same place on the bus each day and also to sit next to either their brothers and sisters or others in the same class.

All passengers and drivers/workers on buses and in taxis must wear facemasks, regardless of their age.

Labour minister thanks all mothers in message for Mother’s Day