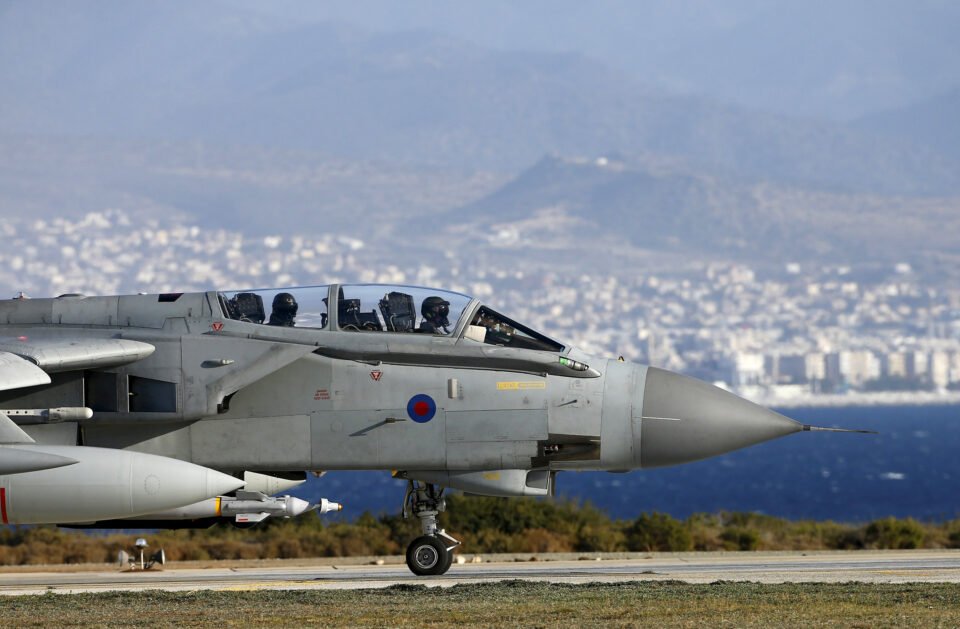 A British Tornado taxis on the runway after returning from a mission at RAF Akrotiri, in southern Cyprus December 3, 2015. REUTERS/Darren Staples he UK envisages an increased role for the British Bases

The issue of nuclear disarmament is seminal in world affairs. Its importance dominated the agenda of relations between the liberal West and the communist East during the Cold War. Alas, more than a generation’s time since the fall of the Berlin Wall that signalled the end of the Cold War, the nuclear arms race, is if anything accelerating in the evolving multi-polar world. The Nuclear Non-Proliferation Treaty (NPT, 1970) officially recognises five countries as possessing nuclear weapons (NW) thus designated as Nuclear Weapon States (NWS): China, France, Russia, United Kingdom and the United States. Ironically, the five NWS correspond to the Big Five UN Security Council permanent members.

However, since the entry into force of the NPT 50 years ago the world has moved in the wrong direction: India, Pakistan and North Korea joined the list of recognised NWS. In addition, Israel is widely believed to possess 90 plutonium-based nuclear warheads and to have produced enough plutonium for somewhere in the region of 1-200 more weapons. Further, Israel’s possession of NW has triggered a serious response from Middle East arch-rival Iran.

Tehran’s nuclear programme has sparked a huge international controversy. In the summer of 2015 the UN Security Council endorsed the Joint Comprehensive Plan of Action (JCPOA) reached between the P5+1 (the five permanent UNSC members plus Germany) and the regime in Tehran that placed Iran’s nuclear programme under the monitoring conditions of the International Atomic Energy Agency (IAEA). As Donald Trump withdrew the US from the deal, Iran resumed its programme unchecked. For what it is worth, new US president Joe Biden committed the US to re-engage with Iran, re-entering the JCPOA that his predecessor called a bad deal. However, Tehran has since clearly indicated it is unwilling to resume talks with either the US or the Europeans unless the former lifts all sanctions imposed, crippling its economy over the last few years.

In the run-up to the 50th anniversary NPT Review Conference tentatively scheduled to meet 2-27 August 2021, in New York (postponed from April-May 2020 due to the Covid-19 pandemic measures) the noble cause of nuclear disarmament has received another blow: this time from the UK. The British government in its Integrated Review announced it will increase its nuclear weapon stockpile cap to 260 nuclear warheads. On March 16, the United Kingdom announced it would increase its limit on its nuclear arsenal for the first time in decades. Instead of decreasing its nuclear stockpile to 180 warheads – which is still a far cry from zero – in the mid-2020s, the UK will increase its stockpile cap by 40 per cent to reach the 260.

In what concerns Cyprus, the UK’s Integrated Review envisages an upgraded role for the British military bases and other surveillance installations on the island: Significant investment in the Sovereign Base Areas in Cyprus will assure our ability to contribute to security, with allies, in the Eastern Mediterranean, the 100-page strategy, Global Britain in a Competitive Age, states.

Underwater park to open a portal to another world in Protaras