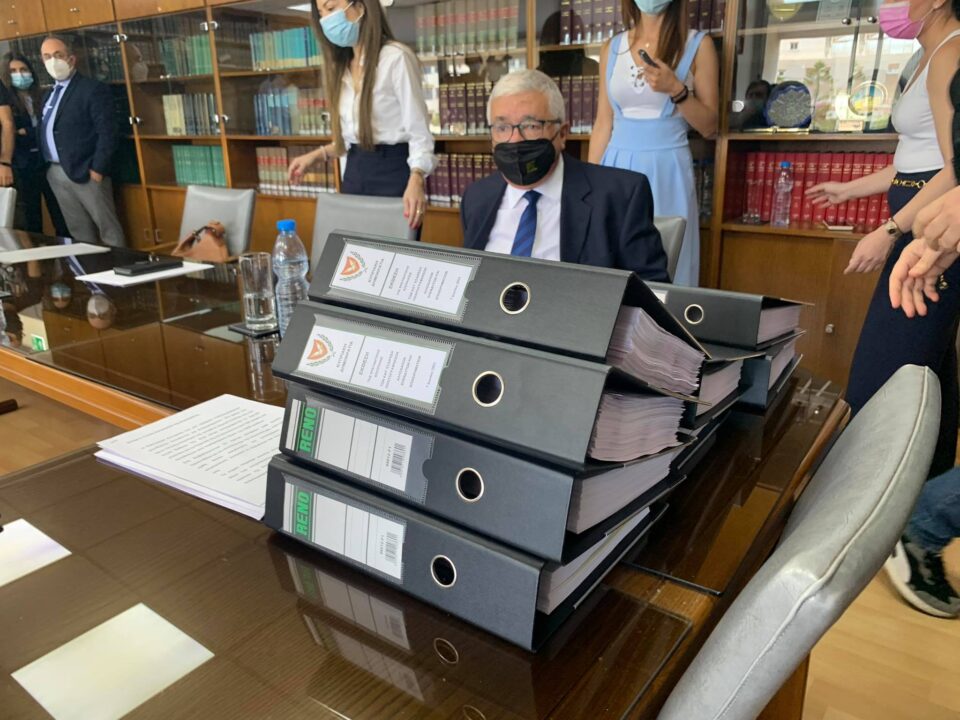 In a further twist to the ‘golden passports’ affair, the Audit Office now plans to report the committee of inquiry – which just delivered its final report – to the European Commission.

Over the weekend, the Audit Office said that the final report includes criticism of the agency “in violation of every principle of impartiality.”

It added it would be reporting the matter “imminently to the relevant European Commissioner”.

Following up, auditor-general Odysseas Michaelides tweeted out on his account that the Audit Office will be reporting to the European Commission “the issue of the committee of inquiry’s composition, its exceeding of its terms of reference, methods of fishing for information, matters relating to conflict of interest, and remarks by one committee member about another member’s obsession with me.”

Appearing on various media on Monday, Audit Office spokesman Marios Petrides said the passports panel had gone beyond its remit by including in its final report a chapter criticising the role of the Audit Office itself in the whole citizenships affair.

The panel had no authority to do so, Petrides argued, noting that only parliament can check the Audit Office – an independent institution.

Moreover, one of the members of the passports panel was Kyriacos Kyriacou – the deputy auditor-general.

“This raises a very serious matter, as serious as the fact they [the government] denied us access to citizenship files.”

Asked how they could know the final passports report criticises the Audit Office, when the report has yet to be published, Petrides said they inferred it from public comments made by two of the panel’s members – Kyriacou and Demetra Kalogirou.

Without confirming or denying, committee chairman Myronas Nicolatos later told Stockwatch news outlet that during its investigations the panel had looked into the role of a number of independent institutions – among which the Central Bank, the police’s anti-money laundering unit, and even the attorney-general’s office.

The committee, Nicolatos added, had a broad scope to investigate, and nothing in its terms of reference precluded looking at the Audit Office.

It’s rumoured that Michaelides and Kyriacou, his deputy at the Audit Office, have been at loggerheads for some time, and that Michaelides may feel Kyriacou was deliberately inserted into the committee of inquiry as a ‘Trojan horse’ of sorts.

According to daily Politis, Michaelides now seeks to pre-empt any critique he and his agency may face once the final passports probe goes public.

The newspaper claimed that, although Michaelides has kicked up a fuss about the passport programme, his current behaviour contradicts his actions in the past.

For example, Politis pointed out, back in 2016 the Audit Office had looked into the citizenship-by-investment scheme – particularly naturalisations granted to members of the Wargaming company – but had found nothing untoward and dropped the issue.

“Mr Michaelides discovered the [passports] scandal after the al Jazeera report in 2020 and after other disclosures made by Politis and other foreign media,” the paper wrote.

But countering on a television channel on Monday, the Audit Office’s Petrides denied they had investigated the citizenships scheme in 2016 only to later forget about it.

What had really happened, was that during the course of her work an employee there had “noted” certain procedures undertaken at the Civil Registry and Migration Department, some of which involved the citizenships programme.

But it was not an audit, nor was a report ever compiled, Petrides stressed.

On the dual role of deputy auditor-general Kyriacou, and the allegation about “fishing for information,” the spokesman confirmed that in his capacity as committee member Kyriacou had placed a call to the Audit Office seeking certain information.

Another issue is that Kyriacou, despite lacking authorisation to access certain documents pertaining to the affair, did gain access to those files and had saved the files on his work computer.

Back in early May, the Audit Office had applauded the committee’s just-released interim report.

In a statement at the time, it pointed out that most of the members of the committee were initially of the opinion that the citizenship decisions taken by the cabinet were discretionary and therefore not administrative acts. This perspective could have had a major bearing on the panel’s subsequent determinations, in terms of civil or other liability.

Later, financial ombudsman Pavlos Ioannou – one of the four committee members – told media that it was Kyriacou who thought the cabinet’s citizenship decisions were discretionary in nature.