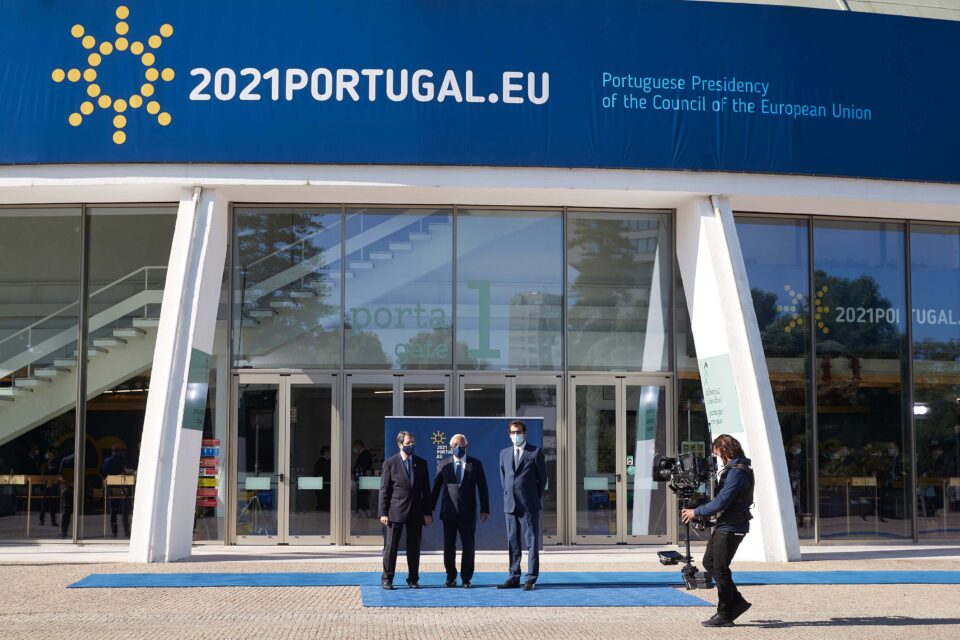 “Only a stronger, fairer and more inclusive social Europe will respond to the social consequences of the pandemic, ensuring intergenerational balance, the future of young Europeans and the well-being of all”  (Programme of the EU Portuguese Presidency).

Portugal has just ended its semester at the helm of the rotating Presidency of the EU Council. Under the moto “Time to deliver for a fair, green and digital recovery”, the Portuguese Government, public and private institutions and the civil society at large were mobilized to take up the responsibilities that every six months fall upon a different Member State. This time, the pandemic context brought about unexpected challenges and priorities which were met by the Union with a renewed sense of purpose and solidarity.

The contingencies involved in the work of the Union since the outbreak of the pandemic had a direct effect on the approach and delivery of the presidency program, when the safeguard of the health and security of the EU citizens and facing the economic and social impact of the crisis became paramount. Europe will not be the same after what we went through and the recovery that all Member States are committed to achieve with the implementation of the Next Generation EU policies through their national plans must follow a new pattern of transition to green-blue and digital economy.

Europe and its new generations have never been better equipped and more determined to face this new paradigm. Sustained efforts in support of more Science and Innovation (vg. Horizon Europe 2021-2027), as well as increased R&D investment have prepared the EU industrial and corporate fabric to strengthen the Internal Market and its competitiveness abroad and to respond to the increasing demands of the European civil society for higher standards in managing the continent and the planet.

At the same time, as Europe was taken by surprise by this health crisis, we came to understand the need to reinforce Europe’s strategic autonomy in order to restore its citizens’ trust in the Union’s ability and readiness to provide for their security and safety, namely through production and supply chains of our own. Europe has undoubtedly the conditions to take up a leadership role in green digital transformation (vg. The Green Deal, the Climate Law, the Digital Education Action Plan), and to do it by honoring two of its best traditions: remaining open to the world by avoiding the trap of protectionism and reinforcing its social model by ensuring a fair and inclusive green and digital transition.

The Portuguese EU Presidency elected the social dimension of the Union as a key element of its programme. The Social Summit in Porto aimed at giving a political impetus to the implementation of the European Pillar of Social Rights and its action plan, with particular emphasis on three main concerns: employment, qualifications and social protection. This summit and other events which encouraged discussion and engagement of the social partners and citizens for the new challenges were at the forefront of the Portuguese program. Nobody should feel threatened by these challenges and Europe has the duty to ensure that no one is left behind, with policies on fighting discrimination, poverty and social exclusion, gender inequality, and protecting the more vulnerable groups.

However, an overview of the main challenges ahead would not be complete without emphasising the importance of the Conference on the Future of Europe, launched last May 9th, which provides a platform for discussion and debate where people across Europe can share ideas on the future they would like to build together.

From the start, the European project has been about values, about peace, prosperity and solidarity. For Portugal in the 1980s, then Prime-Minister Mario Soares envisioned the accession to the EU (EEC), above all, as a strategic and political project to anchor our young and fragile democracy in the solid European values system, based on individual freedoms, political pluralism, rule of law and social market economy.

Today, it is reassuring to follow the concerns expressed by the young generations in the platform provided by the Conference on the Future of Europe: invariably values of solidarity, convergence and cohesion are brought to the forefront. The ambition to live in a place where human dignity is guaranteed for all: EU citizens or immigrants; adequate housing and job opportunities; universal healthcare and education; social justice; respect for the planet; elimination of all forms of discrimination, racism, gender and xenophobia in particular.

A last word of concern goes to our neighbours who are devastated by wars and political intolerance or poverty, bringing an unprecedented number of desperate refugees into Europe, namely from Africa, Syria or Belarus. The future of Europe that we want to proudly share with our children has to be one of generosity and solidarity.

Manuela Bairos is Ambasador of Portugal in Cyprus