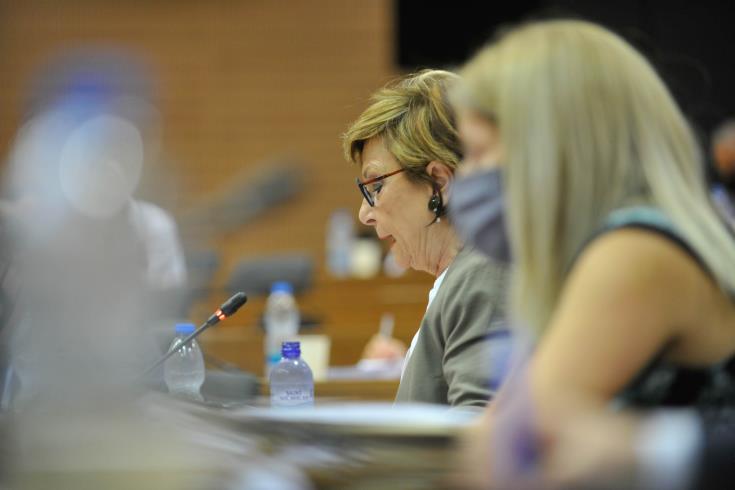 A bill regulating lobbying goes hand in hand with one creating an independent anti-corruption authority, both included in the conditions for the disbursement of €97m from the EU’s Recovery and Resilience Fund (RRF), the justice minister said on Wednesday.

Stephie Drakou told the House ethics committee the two bills had to be approved together as the anti-corruption authority will hold a registry of lobbyists.

The lobbying bill had gone to the plenum on April 22 – before parliament dissolved ahead of elections — but was eventually withdrawn after voting on the anti-corruption bill was postponed.

The two pieces of legislation are included in recommendations made by the Council of Europe’s Group of States against Corruption (Greco). Their approval and implementation have also been set as conditions for the disbursement of €97m from the RRF.

“The bill in question is directly linked with the bill on corruption, which constitutes a key pillar of the ministry’s strategies,” Drakou said.

The minister told MPs that the lobbying bill had been extensively discussed by the previous parliament and to a large extent, parties had agreed with its provisions. Drakou said it must be approved by the end of the year for the EU to release the RRF funds.

“This certainly intensifies the pressure to complete the legislation but also amplifies the extent of our obligations towards society,” the minister said.

The bill provides that state and elected officials must declare their contacts along with minutes of what was discussed.

It exempts meetings with employers and unions provided they concern work conditions. Only individuals will register and not companies, which are registered on other records.

Main opposition Akel expressed concern over the need to declare meetings, arguing that it will discourage people from meeting MPs to discuss problems.

“People should not be afraid to approach their MPs whom they elected to promote issues that make life and society better,” Andreas Pashiourtides said.

Elam MP Andreas Themistocleous strongly disagreed with the provision, suggesting that MPs will be under guardianship.

“I reject any control or restriction or persecution of any MP, mayor, or minister who should meet anyone they want, whenever they want, to promote their interests,” he said.

Green party MP Alexandra Attalides pointed out that such practices were widely employed in the EU.

“It is time to apply what people demand, and what they demand is transparency,” she said.