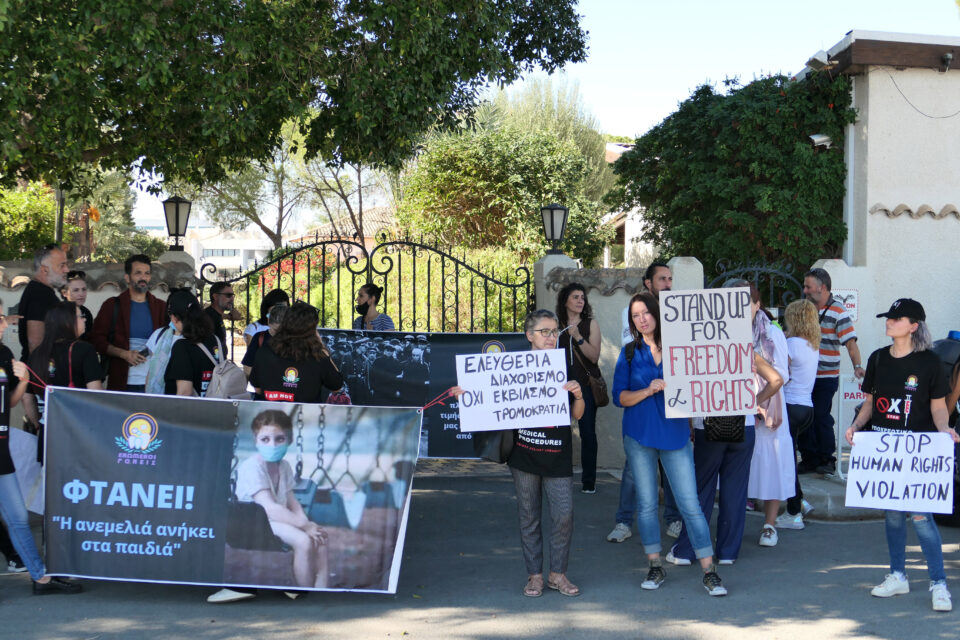 Praise indeed for the balanced, unbiased and factual reporting as exampled in Friday’s (Cyprus Mail, November 5) edition of the Covid pages. Long may you continue this sort of freedom but increasingly being throttled by highly suspicious governmental edict.

I fully support recent protests, as reported. Well done for those standing up and voicing deep concern over strategies that move towards tyranny rather than respected democratic governance.

The level of coercion adopted by the Cyprus government for its highly suspicious vaccine programme, now extended, again, until early December, would persuade me, if I were a judge, to issue a warning to the so-called elected government that the coercive methods are tantamount to enforcement.

I thought free human beings went to world war, twice, over the issue and the Nuremburg Trials resulted in very clear edict thereafter.

Winston Churchill paraphrased the Spanish American philosopher, George Santanyana with the exhortation: “Those who fail to learn from history are condemned to repeat it.”

Enforced vaccination will violate very hard-won human rights issues as mandated after the Nuremburg trials. Progress towards enforcement by very high levels of coercement is what a lot of our worthy protesters are shedding light upon.

We are now warned that infection rates in Europe are heading out of control. Wasn’t the hastily ‘authorised’ vaccine programme (completely different from ‘approved’) supposed to have curtailed that? Efficacy of the vaccines brought into question once again. Of course, ‘variants’ of the dreaded virus are thrown back as the reason.

Efficacy of the flawed testing programme has been drawn into disrepute over and over again. “Test more, you will get more” was the oft-used phrase but never attuned to. We were told in July that random testing revealed a “surge” in cases. The surge demonstrated that more than 98 per cent of those tested were free of the virus. But no, the health ministry focused on the less than 2 per cent claiming it was alarming, and we returned to the restrictions placed on freedom of movement now extended to December. Why?

Increased cases of infection in those vaccinated are absolutely out there, but the increasing move towards dictatorship advises us not to even look at that possibility. Why?

Presentation of numbers and graphs are clearly biased. We are no longer allowed to publish details of those who got infected or even died but were within a certain age group and had ‘underlying conditions’. Why?

We have never witnessed any focus on those who, reportedly got the virus but recovered. Why?

Ed, persist with the unbiased reporting through which some of us are making balanced valuations. Praise indeed.

Paphos fires continue to be fought on several fronts (updated)