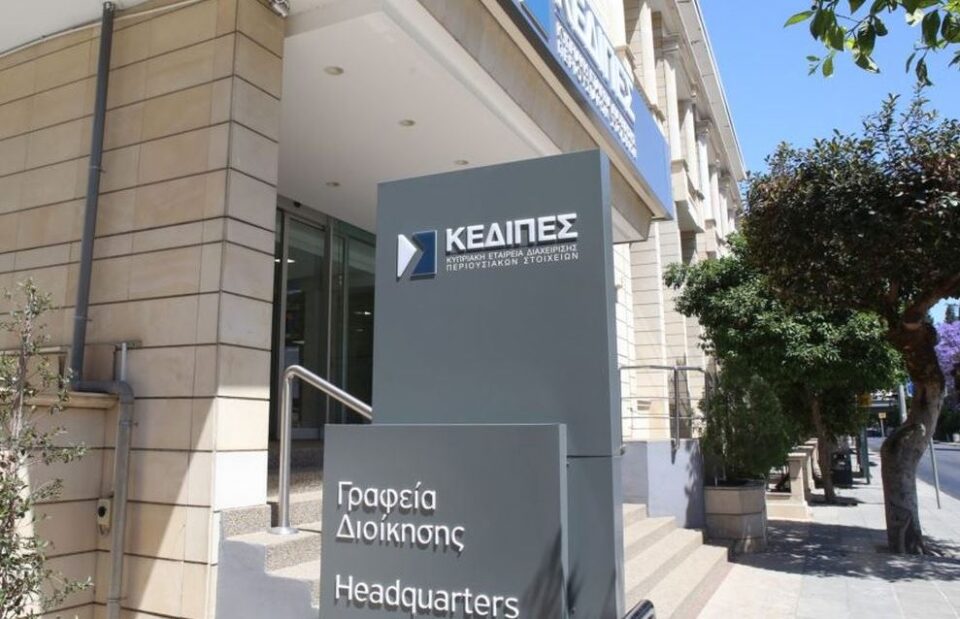 State-owned asset management company Kedipes announced on Friday that it repaid €60 million in state aid during the fourth quarter of the previous year, with state aid repayments reaching €250 million for the entirety of 2021.

According to the company’s quarterly progress report, Kedipes’ state aid repayments hit a total of €570 million since its creation in 2018.

The report also states that cash collections during the fourth quarter reached €115.5 million, a 28.3 per cent increase over the previous quarter, where €90 million was collected.

This figure represents the highest quarterly inflow throughout the duration of the coronavirus pandemic.

Moreover, the company has collected a total of €1.2 billion since it began operating.

Regarding the company’s revenue throughout 2021, €394.8 were generated from lending and asset management.

This represents 5.4 per cent of the company’s loan and real estate portfolio, with the face value of the portfolio standing at €7.3 billion as of December 31, 2020.

Meanwhile, operating and asset management expenses during the fourth quarter amounted to €33.4 million, an increase of 30.7 per cent over the third quarter, where the figure stood at €25.7 million.

Fourth quarter expenses are also 4.3 per cent higher than the corresponding quarter from 2020.

Additionally, annual operating and asset management expenses for 2021 amounted to €113.2 million, reflecting an increase of 7 per cent from 2020’s figure of €105.7m

The company said that the increase is primarily attributed to staff salaries, which were affected by the signing of a collective bargaining agreement in September of 2021, resulting in the retroactive payment of benefits applicable from July 1, 2020.

“Cash inflows exceeded the company’s estimates, as they are higher than the targets set in the business plan, due to the new framework agreement between Kedipes and Altamira,” Kedipes chairman Lambros Papadopoulos said, explaining that according to the agreement, the remuneration of the asset management company is variable and largely depends on asset management performance.

“While the good performance of 2021 has been positively affected by the stability of the legal framework for foreclosures, any negative changes to both this framework, as well as other existing or proposed laws concerning Kedipes and credit or asset management companies in general, will significantly affect the company’s capacity to fulfil its business plan, as well as its ability to fully repay the state aid it owes,” Papadopoulos added, commenting on the recent discussions in the house to place various restrictions on such companies.

The Kedipes chairman said that finding sustainable restructuring solutions with their customers remains a strategic objective for the company, saying that this is reflected in the current amount of restructuring completed, which has reached €1.1 billion in total.