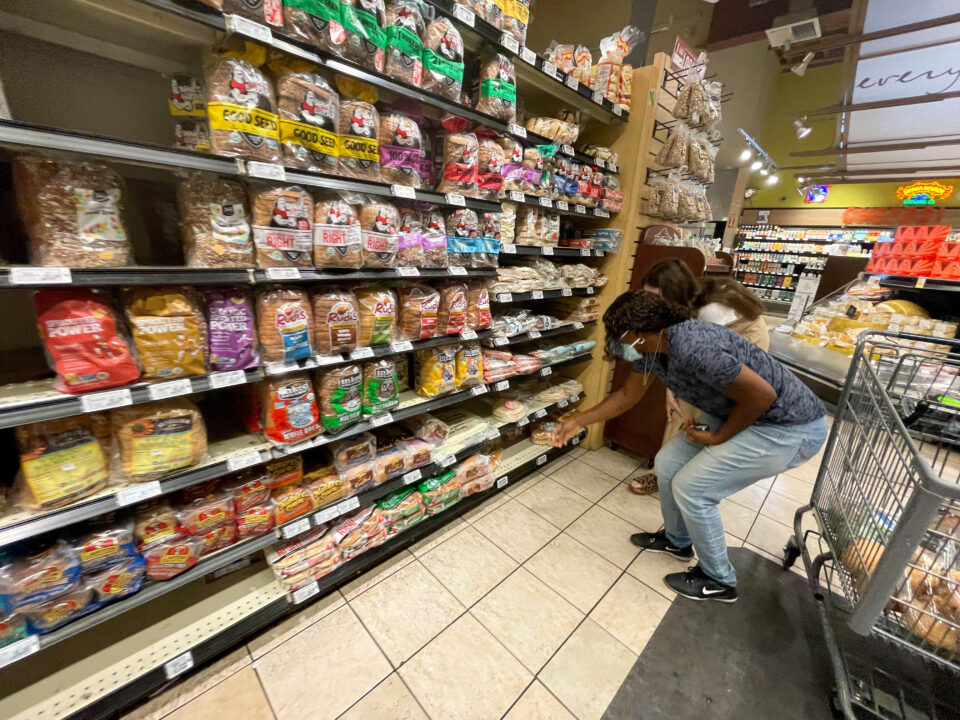 Accounts and behaviour of the government, banks and many employers in the first six to seven months of 2022 indicate that their policies are having a depressing impact on the economy. In this respect are the Cyprus authorities trying to reduce “cost-push-inflation” by curtailing domestic demand and/or is the government saving up funds for the presidential election campaign? Indeed, it is very disappointing that the government, banks and many employers during this period of steep rises in the cost of living and business operations are doing very little to assist households and businesses financially and instead are imposing austerity on the economy.

While the expenditures of foreign tourists are helping Cyprus to avoid recession, the mounting trade deficit, especially with non-EU countries, will be a drag on growth and make the need for strengthening domestic demand even greater.

Despite rising costs and prices the Cyprus government cut back its total expenditures by 3.5 per cent or by nearly 10 per cent in real terms in the first six months of 2022. This expenditure restraint together with higher prices boosting tax receipts enabled the government to produce surpluses in recent months meaning that the government is taking more money out of the economy than it is putting in.

What is particularly disturbing is that the government is earning increased revenue from VAT and excises from expenditure on higher-priced goods and services, yet outlaying only very small sums for those suffering the most from steep increases in the costs of living and business operations. In addition, the government receives substantial revenue from the Carbon Emissions Trading Scheme which is supposed to be used primarily to assist vulnerable persons with their high energy bills; however, such revenue is mainly deployed by the government for other purposes.

It is ludicrous for the government to claim that it does not have the resources to meet the needs of vulnerable households most adversely affected by the higher cost of living. The government is generating increasing monthly budget surpluses and holds substantial reserves with its deposits at the central bank and commercial banks amounting to 3.2 billion euros and 1.3 billion euros, respectively, at end June. In a recent statement Finance Minister Constantinos Petrides proposed to outlay a miserly 50 million euros to subsidise imminent increases in electricity bills!

Apart from not injecting sufficient funds into the economy through its total expenditures the government’s allocation of funds is inequitable and is increasingly unproductive. While wages of government employees rose by 5.3 per cent in the first six months of 2022, payments to pensioners recorded a small increase of 1.3 per cent. Although social security payments to vulnerable persons have risen by over 8 per cent during the January to June period of 2022 their level is still insufficient to eke out a decent standard of living, especially when facing consumer prices rising at rates exceeding well over 10 per cent. And at a time when many households are descending toward poverty there are questions as to whether the labour and social security ministry under its new leadership has the willingness and administrative capacity to target deserving households with adequate social benefits!

Reflecting the lack of administrative capacity and technical competence and the related considerable recruitment of largely unqualified staff for political purposes, the government is falling well behind in implementing development projects. In fact, real development expenditures declined by over 5 per cent in the first half of 2022 with the government failing miserably in executing investment projects and required reforms under the Recovery and Resilience plan.

In March 2016 Cyprus exited the adjustment programme with the “troika” of international institutions comprising the IMF, the European Commission and the ECB with the government claiming that financial stability had been restored. And in this connection it was contended that banks were well-capitalised with adequate liquidity giving them the potential to contribute to enhancing the performance of the economy. However, the poor quality of the asset portfolios of banks highlighted by non-performing loans (NPLs) in early 2016 amounting to around 45 per cent of their outstanding loans impeded the extension of productive financing by banks. Indeed, bankers argued that despite the economy beginning to recover there was a dearth of creditworthy customers to lend to.

While this was the situation that banks faced in 2016, data on the subsequent activities of Cyprus banks indicate that they have had an overall contractionary impact on the Cyprus economy and have focused too much on the transfer and extraction of wealth through the selling of NPLs and related property collateral.

Since early 2016 there has been a steady accumulation of bank deposits, but a huge contraction in outstanding loans, by over 50 per cent or 29 billion euros between March 2016 and June 2022, as banks reduced drastically their levels of NPLs through write-offs and selling them and related property collateral mainly to “credit-acquiring companies”. However, with these sales of NPLs the private sector continued to be burdened with overwhelming indebtedness with loans outstanding of households and NFCs totaling 56.5 billion euros or 225 per cent of GDP at end-March 2022. In contrast, the productive rescheduling of loans and the extension of new credits to households to finance productive investments and the real economy has been very subdued since March 2016 with loans outstanding to domestic NFCs falling by nearly 50 per cent or more than 10 billion euros.

Moreover, during the last two years plus when businesses and households have been severely hobbled by the impact of the Covid virus and related restrictions, banks despite their abundant liquidity have failed to support the private sector with productive debt rescheduling and the adequate extension of new credits. Rather banks have continued to be pre-occupied in selling their NPLs and related collateral. In fact, the two largest Cyprus banks have increased their holding of cash and cash balances at the central bank “earning” negative interest by a whopping 67 per cent or 6.7 billion euros over the two years to March 2022, but have reduced their outstanding interest-bearing loans by nearly 700 million euros during this period. Thus, banks are failing to transform savings into economically viable investments and are just piling up loss-making cash and together with their increased charges on depositors and on customer transactions harming the economy and society. It is no wonder that Cyprus banks have been by far one of the worst performers in the EU in recent years with their return on equity falling to 0.18 per cent in the first quarter of 2022.

Given the failure of banks to use their ample resources productively there is a compelling need for the establishment of an independent Development Bank. As advocated by Savvakis Savvides and myself this bank would have the responsibility of evaluating and financing large-scale  investment projects based on proper risk analysis and the repayment capability of the borrower instead of on the collateral only lending of Cyprus banks that has proved to be a disastrous practice.

In the face of rising costs and labour shortages most employers are endeavouring to keep their wage costs low and are reluctant to boost payments to employees to protect them from surging inflation. Surely businesses such as supermarkets, which have substantially raised their prices over the last year, can afford to increase the wages of lowly paid shop assistants and cashiers that are estimated to earn between 900 and 1,100 euros monthly! Furthermore, the delay in agreeing on minimum wage legislation appears to be providing an excuse to some employers for not raising the wages of lower-income employees.

Such wage restraint by employers impovershises the real spending power of private sector employees and causes further weakness in the overall economy. And by next winter with energy and food prices continuing to be elevated and with many families having not received any meaningful increases in their incomes even many middle-income households could face an unpalatable choice between eating and heating.