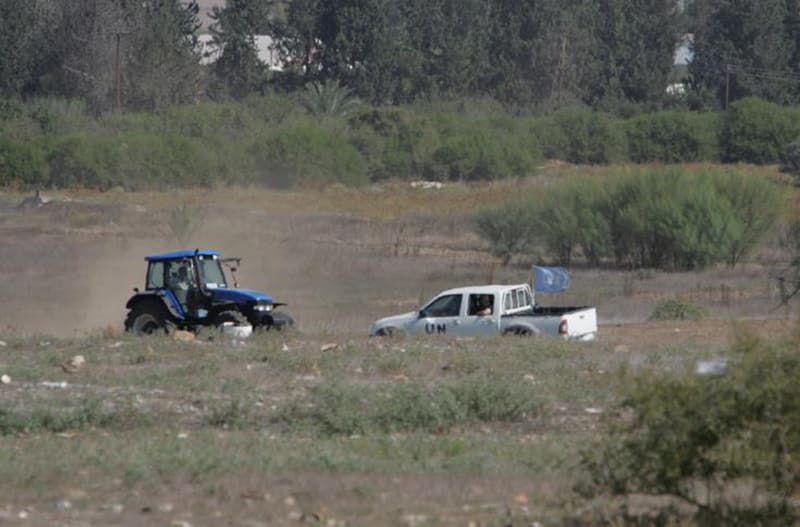 Turkish commando forces are lying in wait to intervene along the UN buffer zone in Cyprus, Foreign Ministry Ioannis Kasoulides said on Friday.

Speaking at a house finance committee session, Kasoulides said that the government has information that aside from new posts the Turkish army is setting up along the buffer zone, there are also commando forces lying in wait to intervene.

The foreign minister was commenting on recent tensions in the buffer zone where Greek Cypriot farmers have been harassed by Turkish soldiers while trying to work in their fields.

The most recent incident occurred on Sunday with a farmer being harassed trying to work in his field for which he held all the necessary permits.

Kasoulides said that the Turkish soldiers create an incident for the slightest reason when a farmer goes to cultivate his land inside the buffer zone.

“We need to be very careful,” he said, commenting on another recent incident in Astromeritis, where are farmer was similarly harassed by the Turkish army.

Kasoulides added that following the incident a call was put out for farmers to enter the area with 20 tractors as a sign of protest.

“Luckily they did not enter, but had they entered we would have seen the commando forces, Land Rovers, and whatever else they have gathered there to go deal with the situation,” he said.

The minister added that currently Turkey is leading a huge, multi-faceted attacked against the Republic of Cyprus.

“We are going through a period of transition with the last months of the current government and the next few months until the new government finds its footing. During this period, Turkey chose to take advantage [of the situation],” he said, adding that next are the elections in Greece and then the elections in Turkey

Last week, the UN peacekeeping force (Unficyp) had announced it would be stepping up its patrols inside the buffer zone after incidents of Greek Cypriot farmers and Turkish troops coming into much closer contact than is typically desired, under disputed conditions.

Reports from the government-controlled areas emerged last Tuesday that Turkish troops were halted from moving nearer a Greek Cypriot farmer in the buffer zone area of Astromeritis after the intervention of a UN patrol vehicle.

That followed on from a series of incidents primarily in Denia – which appears to have taken centre stage after repeated reports emerged of a farmer being confronted by Turkish troops, as recently as two weeks ago.

Recent incidents of such a nature are likely to further compound disagreements between the Republic and the north, with the Unficyp caught in the middle.

Unficyp is facing pressure from the ‘government’ in the north following calls for the peacekeeping force to sign an agreement with it to carry out its mission in the ‘TRNC’. This is understood to be legally impossible for the UN to do.

But the Republic has argued that Unficyp is giving in to pressure from the north, pointing to works on the Cetinkaya stadium near Ledra Palace.

At the heart of the issue is that every UN peacekeeping operation must sign a status of forces agreement with the host’s authority – which in this case is the Republic of Cyprus, and not the unrecognised ‘TRNC’.

Pension reform being kicked over to new government