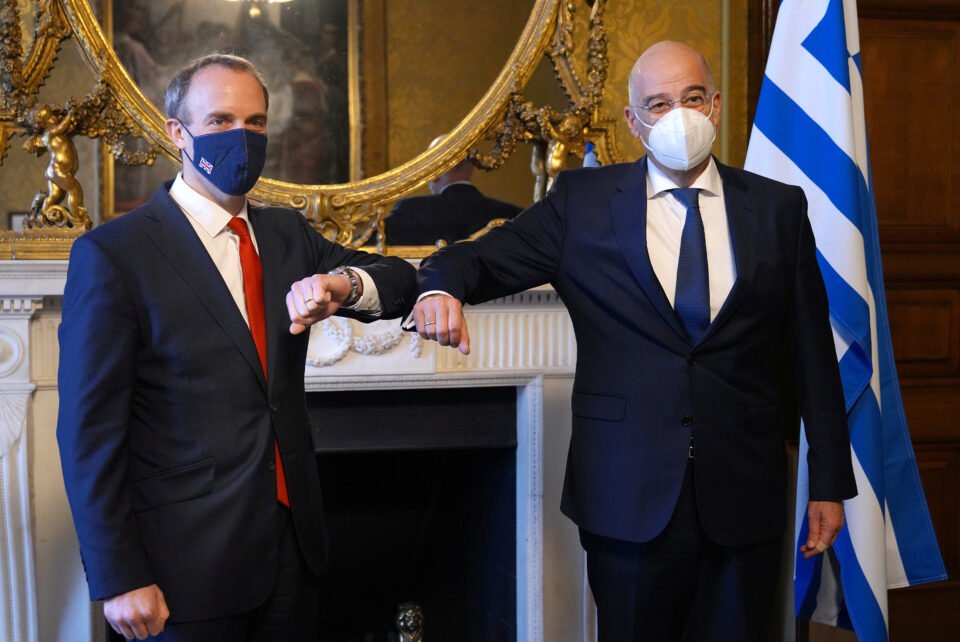 UK Foreign Secretary Dominic Raab and his Greek counterpart Nikos Dendias met in London on Tuesday and “shared perspectives on prospects for an enduring solution in Cyprus,” the British foreign office said.

It added that the two ministers are “looking forward to upcoming talks under United Nations stewardship”.

The Greek foreign office also said: “Given that both Greece and Great Britain are guarantor powers, we talked in depth about the Cyprus problem and the upcoming informal meeting, which, it appears, will take place next month.

“In this context, I reiterated Greece’s firm position, which Great Britain shares… that the solution must be based on a bizonal, bicommunal federation in line with the Resolutions of the UN Security Council, and it must also be compatible with European Law,” Dendias said.

The meeting comes as Greek Prime Minister Kyriacos Mitsotakis is expected to arrive in Cyprus on Monday, with Foreign Minister Nikos Christodoulides saying: “February will be a critical month.”

Christodoulides also noted that it appears Turkey is seeking to mend its relationship with the European Union.

It has been previously announced that Raab is expected in Cyprus this Thursday, for contacts with the two leader and Special Representative of the Secretary-General Elizabeth Spehar.

Raab’s contacts are expected to focus on the five-party summit to be convened by UN Secretary-General Antonio Guterres in early March.