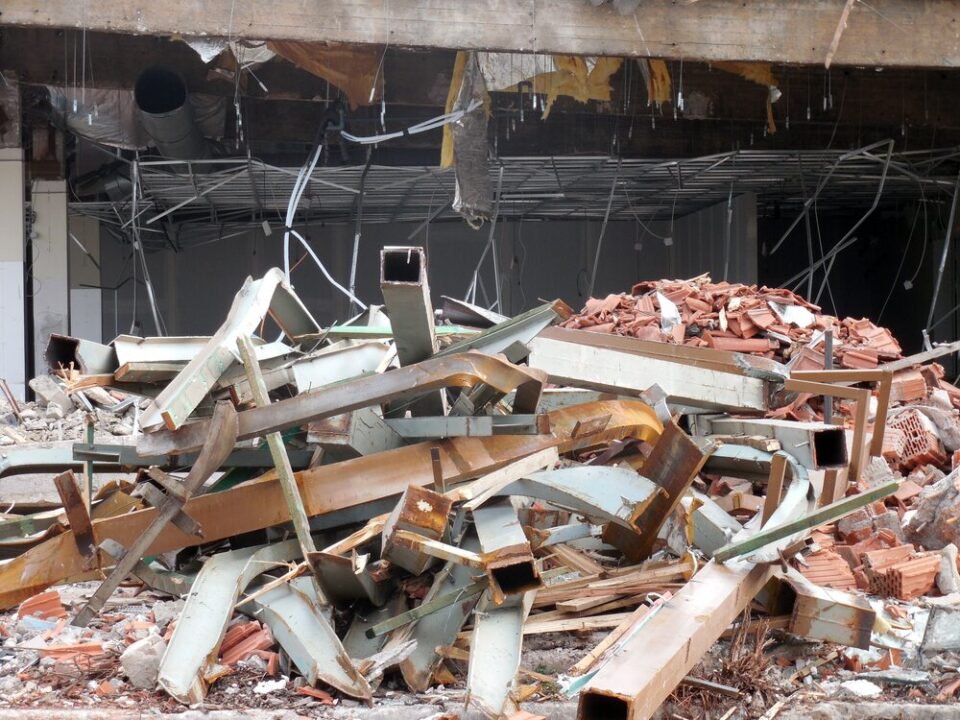 A project in Cyprus aims to reduce and reuse the waste produced by the construction industry – and in the process, help to create safer and better insulated buildings.

The method is technologically advanced – using robots and 3D cameras – and offers Cyprus the opportunity to join leading nations in the overhaul of how modern countries are made.

The Cyprus Mail spoke to Dr Demetris Nikolaides, associate professor at the civil engineering department of Frederick University, who is spearheading the movement.

He explained that construction and demolition waste (CDW) represents about one third of the total waste generated by the economy and households – but that there is a way to turn that waste into a value-added product.

“The majority of buildings constructed, mainly post-1974, are now almost 50 years old and the way in which they were made at the time – in a bit of a rush – means their quality is not great,” Nikolaides told us.

“We are now in a phase where either we have to demolish these buildings or renovate them – so at the moment there is a huge amount of construction and demolition waste being produced.”

And that is exactly what he aims to tackle, through the Defeat project: to cut down on the waste in landfills by instead turning rubble into reusable goods.

As he explained, legislation for the management of construction waste has been in place since 2011 but it lacks teeth and substance.

“But now there is pressure to recycle this material as the legislation has been beefed up,” he said.

But how does it work, and why are robots involved?

The goal is ‘material separation’: the rubble from a demolished building must be sorted into its various components – bricks, ceramics, metals, glass and so on.

The rubble is transported to a sorting facility on the island, which then goes through a type of conveyer belt – at which point the different types of materials are sorted according to their category. 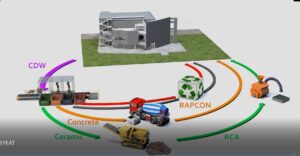 Robotic arms, assisted by cameras and image identification, sift through the rubble and glean what can be reused.

And for the Defeat project, that mainly means bricks and ceramics – the materials which are otherwise heaped into a landfill.

“The final product will be fire-resistant and better insulated, meaning that new or existing buildings can be fitted with the finished material,” Nikolaides emphasised.

Up until now, the sector was largely producing the waste without properly processing it primarily because it added extra cost to their work – and instead they just dumped it.

“We have to ask: why are they not recycling? And the reason is that it’s an extra cost to their business – so they don’t do it,” Nikolaides said.

“But the idea now is to recycle the material and if it can be utilised for value-added goods, then the industry will have incentives to recycle – this is the principle of the Defeat project – we’re identifying which materials can have value added to them.”

Work on the Defeat project began in July 2020 but Nikolaides has been involved in reusing and recycling materials for buildings for about ten years.